The area around where my wife works has been subjected to a lot of retail growth in the last couple of years.  When she first started working up there (she's a pharmacy tech at Walgreen's), there were two small and not nearly filled shopping plazas, her pharmacy, and, I think, a Jewel/Osco across the street.  Otherwise, it was wide open space.

Now, however, there are at least a half dozen full-size strip malls, several outlot buildings that are filled, dozens of restaurants, and an even greater number of banks (should you wind up needing more money to spend in that area).  There is very little empty land left.  And, just when you think they couldn't possibly find more room to build, the construction companies amaze you yet again by squeezing yet another shop in where it doesn't seem at all feasible.

My wife likes to keep me informed about the new construction going on around her.  In fact, just today, she told me that there will soon be a Baker's Square across the street from her.  Then she called me back a half hour later to tell me that a liquor store would be going in right next door to her pharmacy.

Hmmm... that got me thinking.  What better way to cope with a busy work day and pissy customers than by having some kind of deal worked out with the owner of this liquor store?  I think they could have small shipments run back and forth... drugs for liquor, liquor for drugs.

Better yet, set up a mainline directly from the liquor store that feeds into IVs hooked up to each pharmacist and technician.

Right about now, I'm making myself drool.  I think I could seriously use a tequila IV.  Reposado, añejo, blanco... I don't care.  Just hook me up!

Should I be worried by this desire I'm having?  Nahhh.  Hey!  It's after noon here in the CDT! 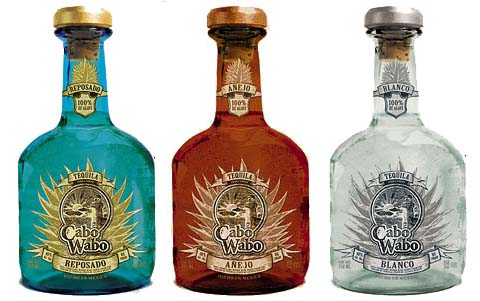 Talk about a smorgasbord.  Yum.

Talk about a positive working atmosphere.

Jun 30
Have you ever had one of those days where you are truly looking forward to going in to work? There is something on the docket for the day that you just do not want to miss no matter what? This...
Next Post

Jul 2
Yes, I do think it might be possible for painting to be considered therapeutic. And, no, I'm not referring to the kind of painting that results in works of art that can be hung on the wall. I'm talking about...