An open letter to Dennis Haskins... 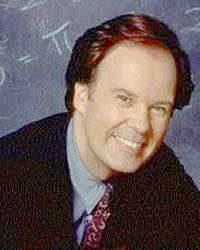 For years, I watched as you adeptly played the role of Principal Richard Belding on two of my favorite childhood television shows, Good Morning, Miss Bliss and Saved by the Bell. For years, I watched as you struggled to maintain control in a junior high and high school that was plagued with a high rate of teacher turnover and forced to work its way through a literal transplant from the rolling meadows of Indiana to the surf and turf of California. All the while dealing with the junior terror that was Zach Morris.

You were put through the ringer on multiple occasions by Morris and his hoodlum buddies Lisa, Screech, Nikki, and Mikey (in the early years) and Lisa, Screech, Kelly, A.C., and Jessie (once they reached high school). They constantly used your hallowed hallways as places in which to party and sell God-only-knows what (I still maintain that Zach was the overseer of an extensive drug empire in the school). They pulled pranks, ran a pirate radio station, stole other schools' mascots, trashed your new convertible, and abused underclassmen.

But you put up with it. And you did so, arguably, with grace and dignity.

I admired the hell out of you, Mr. Belding. And, I feel for good reason. You were a role model. You didn't hide yourself from the goings on in your school by boarding yourself up in your office. Oh no! You got right out there in the middle of it all! That is proactiveness.

Did you ever rely on an assistant principal or dean? Nope!

Hell, did you even have an assistant principal or dean? I somehow doubt it. Who needed them! That would've been a waste of taxpayer dollars! Tough guy with a heart of gold Richard Belding would take care of it all on his own.

That was the code of the schoolyard for you!

You were the Rambo of Bayside!

You were the person I always hoped would show up in my high school when the door to the principal's office opened.

So, imagine my surprise when I opened my e-mail and found this...

That's right! An e-mail from the one and only Dennis Haskins! WooT! (please ignore the "Sxy_Wife" who is "craving cock.")

I was so excited. The man, the myth, the principal was e-mailing li'l ol' me!

I was flabbergasted, honored, enthralled, you name it. It was likely to be the pinnacle of my online life.

I'll bet you can also imagine my dismay when I opened the e-mail only to discover that I was spammed. Someone, maybe you, was using your name, the name I so often associated with the greatest principal ever to grace the screen, be it the small or the silver one.

But my pain was not alleviated by one of your life lessons. I was cheated. I was wronged. I was misled. I was bamboozled!

Why Mr. Belding/Haskins? Why would you do this to your faithful fans?

Had we wronged you somehow?

Were you still bitter that none of us diehards tuned in to Saved by the Bell: The New Class. That was years ago. Can't you forgive us after all this time? Those of us who were in it for the long haul (read: "the Zach Morris era"), were already well into our college years and, in all honesty, the new show... well... it sucked. In hindsight, even you should be able to admit this.

Please Mr. Belding/Haskins, please end your reign of spam terror. Or, if it's not you and some limey bastard is impersonating you on the Web, please hire Zach Morris to hunt them down and try them to the fullest extent of the law. After all, I heard he had a brief stint with the NYPD after his time at Bayside High. I'm sure, as an alum, he would be willing to accept an olive branch of peace and bring down those sick bastards.

P.S. I am still willing to accept mail from you. But could you please include an autographed photo next time?

It's not easy being green...

Mar 21
Yes it is. Or, at least, this past Friday, it was pretty damn easy. Katie and I met up with my brother, Brian, his fiancee, Jen, and their neighbor, Josh, at a bar called Venice Tavern in Batavia, IL, for...
Next Post

Mar 23
Well, I thought it might be a cute title considering I'm posting two memes in here. Get it? Mimi=Meme. Okay, maybe it was cooler in my head than it is here. Plus, you have to know Rent to really get...

Belding...that guy was incompetent. I bet him and sxy_wife are in business together. I think they're both craving something...

Screech turned him to the dark side. I dare say that Screech would do that to anybody.

(please ignore the "Sxy_Wife" who is "craving cock.")

sxy_wife who is "craving cock" is Mr. Belding the first time. You probably didn't respond so he came out just like Clay Aiken and told you who he really was! Good way to do it since you opened the email.

Let us see the email from sxy-wife! ;)

All I can think of right now is the episode where Jessie is hooked on caffeine pills and the girls are all making a music video...and she has that breakdown in her bedroom where she says, "I'm so excited, I'm so excited...I'm so...scared, Zach"

Johnny! You blasphemer! Belding was da man! But I can probably agree on the whole cahoots thing. Hope she paid up.

Dave2, especially when you have to play a game of Marry, Sleep With, Push Off a Cliff with him.

Sizzle, nor can anybody else, apprarently.

Dammit Woody (MADIRISHMAN), would you start including your e-mail address in these comments! It makes replying that much easier.

I really should have looked at what Sxy_Wife had to offer, but I'm afraid it would just be a teaser. Shame really. ;-)

Sandra, I loved that episode. The one that ruined it for me was that stupid VH1-style documentary about The Zach Attack with Casey Kasem. HATE. THAT. EPISODE.

I bet you a million dollars Zack Morris is behind the whole thing. No longer is he forced to market spaghetti sauce or friendship bracelets. He’s hit the digital age of email spam.

Mr. Belding going to be soooo mad when he finds out.

I loved that humungoid phone that Zack used to carry around. My favorite SBTB episodes were always the ones when they had the musical montages. Classic!

Nicole, and Andy Sipowicz'll put the smack down on Morris for violating the NYPD's creed to "serve and protect." For shame.

Jacynth, even worse than Zach's phone... go back and watch the very first Lethal Weapon and check out the phone that Murtaugh uses to call the precinct shrink from the bridge. Yikes!

Since no one has the guts to go there I will. Is Sxy_Wife Katie and that's why you didn't delete it before making that pic? One word to you about Belding "PUSH!" Oh you will get me for this one!!!

Okay, so if Belding is a push, then which two school administrators get the "marry" and "sleep with"?

Marry Joe Clark from the movie "Lean On Me." Sleep with Valerie Drake from "The Falculty." At least Drake is better then Seymour Kaufman from "Room 222" If I could go with teachers for sleep with it would be Louanne Johnson from "Dangerous Minds."

I don't know if she constitutes "administration," per se, but if you're gonna go The Faculty, I'm picking Nurse Rosa Harper.

I'm going to go out on a limb and guess you watched E!'s True Hollywood Story on Saved By The Bell on Sunday, just as I did.

My respect for you just grew.

To be perfectly honest, I didn't even know they did one for SBTB. I might have to search that one out on my TiVo. Thanks for the tip!

Did your respect for me grow as a result of me admitting to being a fan of SBTB or because I watch E! THS? I do watch THS even though I didn't know about this one.