Well, I thought it might be a cute title considering I'm posting two memes in here. Get it? Mimi=Meme. Okay, maybe it was cooler in my head than it is here. Plus, you have to know Rent to really get it.

So here are a pair of music memes from Chase and S.J. 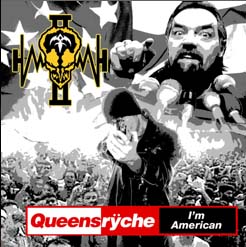 Tickle Your Pickle:
As described by Chase, "list seven songs you're into right now. Old, new, whatever... just whatever is ticklin' your picklin' at the moment."

Band for a Lifetime:
Choose a band/artist and answer ONLY in titles of their songs.

I'm gonna try this out with my boys, the Foo Fighters. Luckily I have my iPod loaded up with all their albums and even a few rare singles. 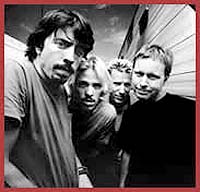 1. Are you male or female?
"Weenie Beenie" (it was the best I could do)

4. How do you feel about yourself:
"Good Grief"

5. Describe your ex boyfriend/girlfriend:
"Stacked Actors" (tell me that one's not perfect)

6. Describe your current significant other:
"Miracle"

7. Describe where you want to be:
"New Way Home"

8. Describe how you live:
"Overdrive"

9. Describe how you love:
"Best of You" (the title sounds more positive than the song really is; so let's go with how it sounds)

As per usual, no tagging. But if you'd like to steal them, feel free.

Mar 22
An open letter to Dennis Haskins... Dear Mr. Haskins, For years, I watched as you adeptly played the role of Principal Richard Belding on two of my favorite childhood television shows, Good Morning, Miss Bliss and Saved by the Bell....
Next Post

It was a graveyard smash...

Mar 24
I have always been fascinated with graveyards. In fact, they have never, that I know of, been a source of fright for me. I live for the serenity, the beauty, the photography. I even like visiting them at night. I...

Band for a Lifetime:

I'll go with my boys, Blue October because 1) I'm seeing them tonight and 2) they're about to become HUGE and I get to be the girl who says "I've been a fan for years longer than you have." Heh.

1. Are you male or female?
Libby, I'm Listening

3. How do some people feel about you:
You Make Me Smile

4. How do you feel about yourself:
Independently Happy

6. Describe your current significant other:
Angel

7. Describe where you want to be:
Into The Ocean

8. Describe how you live:
A Quiet Mind

9. Describe how you love:
Sexual Powertrip

10. What would you ask for if you had just one wish:
Inner Glow

11. Share a few words of wisdom:
Do You Ever Wonder?

i love jeff buckley's hallelujah. one of the best songs ever really. now i have to go listen to it. right this instant!

i am listening to the new pearl jam song on a continuous loop...how good is that song???!!! bring on the new album!!

Chase, I'm going to have to find some of this Blue October music. I'm not at all familiar with them. But you've been raving, so it must be done.

Sizzle, isn't that a great song? As for the Mimi/meme thing... I've always wondered how to pronounce the word "meme." Is it "meem" or "meme"? So when I was thinking about it while writing this post, Rent popped in my head and not because of Mikey's post about the movie. I actually wrote this well before he did. Pretty funny coincidence, though. And I thought "meme" and the song just popped in there. Great play.

Amen Korova! I love it. I first heard it in the iTunes New Music Tuesday podcast. Great stuff. Did you get the second single as well? That one's good, too. Tickets for their tour go on sale here this weekend. Trying to scrounge up money! Ohhhh, PJ! I've gotta go. I've been to the shows on their last two tours; can't break the streak!

I'll have to give the band choice some thought...

As for meme, I've always thought it was one syllable. The 2nd ep. of Dr.Who that aired on SciFi last week supports this theory since they had a culture known as the "Order of the repeating Meme." I've just exponentially upped my geek factor, right? C'est la vie.

Yah, according to the dictionary it's pronounced "meem." Great job, Kev! Very clever choices (I don't think I've heard the story behind #5). Makes my Eagles one seem kinda blah, but the titles were just so right.

Blue October sounds like a damned intriguing band. Gotta give 'em a listen.

This is a fun meme, huh? Dave2 did a great job with Depeche Mode.

Claire, yes you are a geek. I'm in good company. Although I've never seen Dr. Who.

SJ, it cannot possibly be "blah" if it has inspired so many others to want to do it, too. Aside from Dave and me, there's Chase in the comments and Nicole on her blog. If yours were boring, we never would've bothered. You're the meme-master... or "mistress" as it were.

totally brilliant. will post mine on my blog soon. you and dave are the coolest cats alive.

DUDE, Mimi sounds sooo familiar. Hmmm? I'll give you one tag now. Describe your current significant other:
When the hell are you going to come into my life!!!

Am now bitter. I spent several weeks getting Hallelujah OUT of my head and now it's back! Kevin, it's war. I'm going to have to start posting about Hanson again!

Xtine, thanks! Looking forward to it.

Mikey, it will happen soon enough, I'm sure. Stay strong.

Hallelujah is a word that comes from a language that uses a different alphabet than ours. So there are multiple ways of spelling it. This is the way that it is spelled on the album and the way I see it spelled most often, so I'm running with it.