I have a bad habit of having a cyclical style of music listening. I don't know why it happens, but it does.

Let me paint a picture for you...

As any of you who have read my posts or checked out the "Hear Me" feature in the sidebar know, I listen to a wide variety of musical genres and artists. Very little is safe from my prying ears. And I've received many comments to this end.

But this interpretation of me is not entirely true.

My musical listening tendencies come and go in cycles. One year, I'm totally into country music, and the next I won't be. I listened to a ton of country in my later undergraduate years, and then I stopped for nearly a decade save for say The Dixie Chicks. Then, last year, for whatever reason, I start to listen again. Nothing triggered it. It just happened. I picked up a country CD, and then another, and then another. And now I'm into it again to some degree. And this after years of bashing country music to my friend Allison. Go fig.

It's not limited to just genres of music, either.

At some moment, I may listen religiously to one band, and then I'll swear them off. My high school and early college days could be defined by my love of Pink Floyd. Then I got so tired of them, I sold every single album I had. This happened almost eight years ago. I haven't listened since. I even change the station when they come on the radio, that's how bad it has become. In my defense, several Chicago radio stations have an obsession with the Pink and play them every friggin' hour. You can only take so much of it. 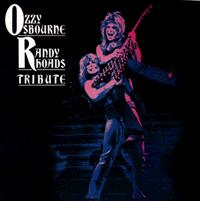 A month ago, though, one artist I had sworn off about four years ago due to an insipid MTV reality show that he starred in with his family, suddenly found his way back into my good graces. I don't know how it happened.

One day, I was at the library and I saw one of his CDs -- Ozzy Osbourne's Tribute, one of the finest live albums ever recorded -- so I shrugged my shoulders and checked it out.

Ohmilord, how I've missed the Ozz. Not that I've been playing it nonstop since I checked it out, but anytime it happens to come up in shuffle mode on my iPod, it gets cranked. Coming home from the gym last night, I was rocking out to "Steal Away (the Night)."

But Tribute, and a few songs from No More Tears, are all I have on my computer. Since I've redeveloped this appreciation, I don't want to overdo it. Gotta crawl before you walk, right?

Someone to watch over me...

Jan 23
I've uncovered a funny thing... how my day turns out is determined by my watch of all things. Since starting my new job, I've been pretty easygoing about things that happen. I don't stress out like I used to. I've...
Next Post

Jan 25
I was an odd child. I actually enjoyed going to the dentist. In fact, I never once had a problem with the dentist or the checkups or the smells or the sounds that come with a dentist's office. Until last...

You get BLIZZARD and DIARY on that computer asap. Seriously. One must NEVER take a break from those albums. That's Randy Rhoads! Masterpieces!!!!!

I sware you are the male version of me.

I got an iPod for Christmas, and I haven't bought music in 20 years. As it happens this guy I work with has over a thousand albums and since he got his iPod too he has been gracious enough to share his collection. I have found a lot that I used to listen to and to my delight, a bunch of new artists I hadn't heard of. I am in an experimental stage musically. I have my classic Rush, and will try The Stone Roses and Natalie Imbruglia. I was bummed that there was no Ozzy (Black sabbath or otherwise) in his collection.

I am one of the worst culprits of this as well. I think that my problem is that I get a yen for a certain cd and play it out so much so that I am sick of it. But like you, I completely listen to all kinds of music and that listening is cyclical.

For some reason, I am on a Depeche Mode kick right now. I made an MP3 disc of ALL of their songs and listen to it in the car religiously!

Musical schizophrenia. I like it. I'm currently obsessed with old Brit pop.

I feel the same way... I obsess about one artist or genre then never listen to them again. (And yes, I thought the Ozzy show was rather pathetic as well.)

Yup, same 'ere. I was stuck on country last year... slipped over the edge from listening to an old Commander Cody CD, I think. At this moment in time, it's all blues, all the time. Next month it may be jazz.

I've been stuck on country ever since I spent a year in North Carolina... it does get to you, doesn't it?

But Ozzy? I must say that he and I have never really gotten along....

Eve, I think that might be one of the reasons I went back as well. I love Randy Rhoads. Oddly, I still have one of the Rhoads-era albums on vinyl.

August, I can't be entirely the male equivalent if you don't like Ozzy, can we? ;-)

g-man, go to the library and check out some stuff and have him add it to his collection. Most people don't think about the library. But it's a God send.

Hilly, the strange thing is that I don't listen to a single CD over and over anymore. Not since I got my iPod. Everything just goes on shuffle. But I do still get tired of things. It's weird. But at least I can't really blame the radio as much anymore.

Sandra, oh c'mon. You haven't gotten over your Spears' obsession yet? ;-)

Nat, I will always wind up returning to listen to a band again at some point. Strangely, my Pink Floyd turnoff is a lot longer than most.

Bre, we've had our moments. For the most part, I love the guy. Solo and with Sabbath. But that show killed the love.