I didn't realize it had been nearly two months since I'd posted photos. Then again, it's been that long since I've actually gone out and taken any new shots. That's so unlike me.

I think these are from Wednesday when I was heading out on a lunchbreak. I started walking, realized that there were a lot of great shots to be had, and doubled back for my camera. 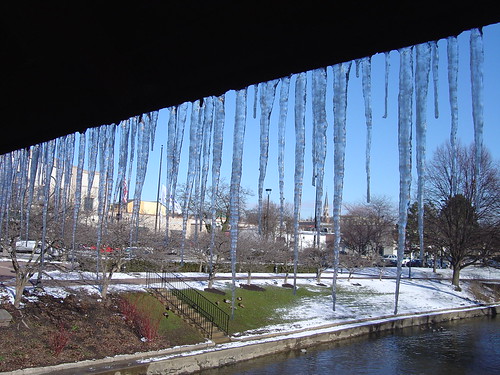 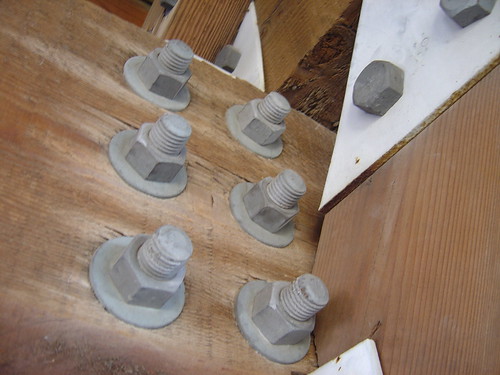 These bolts are bigger around than my thumb. 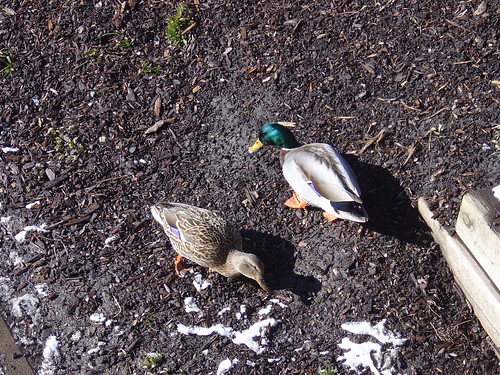 I'd swear they're going to turn cannibalistic any second now. 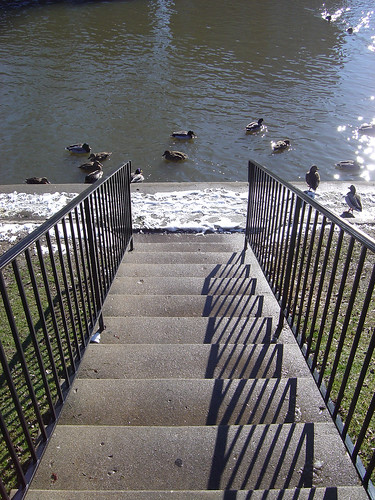 ...And she's buying a stairway to duckville. 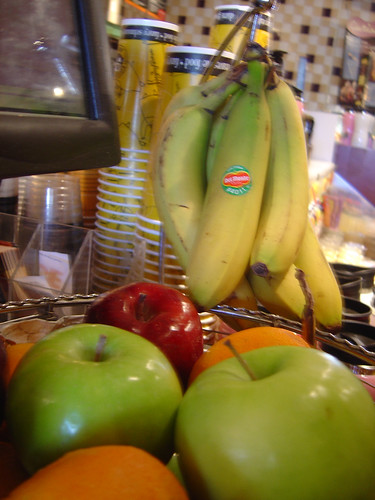 Fruit display (I was obviously inside a store for this one). 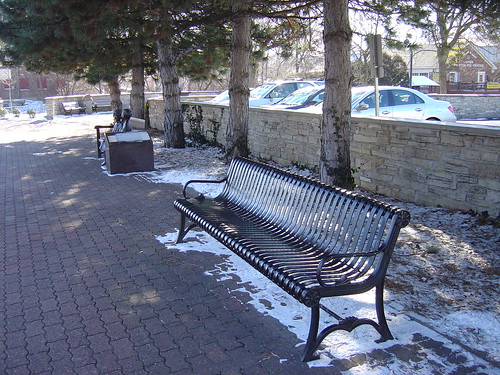 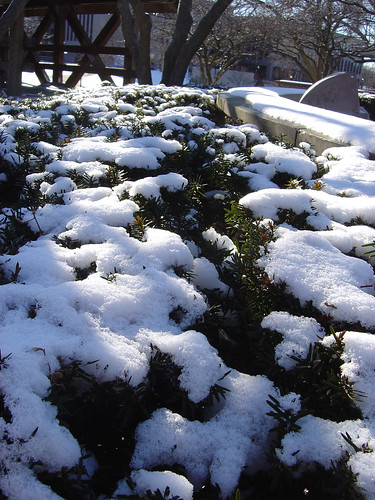 A remote frozen tundra? Nope, just a bush with patches of snow on it. Heh heh, I almost typed "snot" instead of "snow." 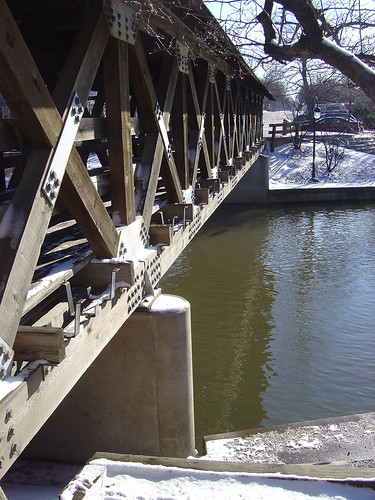 The exterior structure of a bridge. 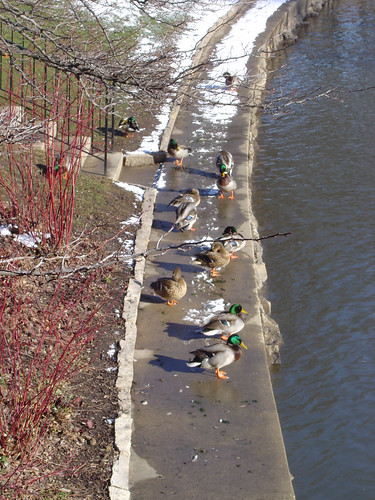 They're ducks, you dolt. Apart from you, they're the most stupid creatures on this planet. They don't plot, they don't scheme, and they are not organized. (with apologies to Nick Park and Peter Lord) 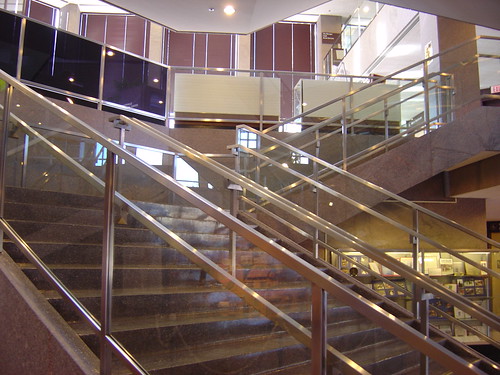 I have an obsession with staircases and the geometry created by them. 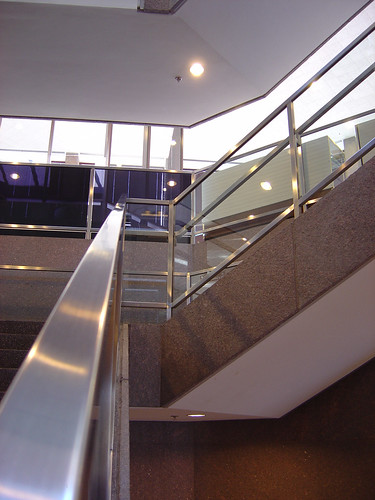 No, I really do. Isn't this staircase picture #3 in this set?

We're just here to do the Super Bowl Shuffle...

Jan 19
I'm in mourning. I weep for an old friend I lost on Monday. That friend being my favorite plastic bowl. Yeah, yeah, big lead up, heckuva let down, right? Well, I weep all the same if that's okay with you....
Next Post

To give Chicago a Super Bowl chance...

Jan 21
And where will the Bears be in two weeks? Da Bears! Yes, BA, I put Rex Grossman in my header. I feel sufficiently dirty. ;-)

Brrrr! Statue children should be outlawed. They're just freaky.

you've got a good eye.

Nice shootin. I posted a while back about the building I work in, very modern for a government building. One of the cool things aboit it (I didn't post pictures of it) is the stairs. Very unique I think. I like stairs in general too.

Until I read the caption I thought those bolts were couches. How skewed is my perspective?

Excellent photos! I think it's awesome that you see the beauty around you everyday and feel compelled to capture it.

I'm glad someone else is going picture happy :) And those ducks? Too cute for words!

And since it seems safe to say now, congrats on your Bears making the big dance!

Karl, just be happy I don't get a close up of their faces. You'd be left in the fetal position in a corner. Seriously freaky.

sizzle and java, thank you sincerely.

g-man, you should take some pictures of it. Or are you not allowed to?

frances, what kind of couch do you sit on? And thanks for the compliment.

Bre, picture happy is a good place to go, isn't it?

BA, a big thank you! You like the new design?