How about a few snippets today?

Catty
I was e-mailing an old friend a few days ago. In one of the e-mails, she told me that someone we both knew had been promoted to a pretty high position of power within her company. If you knew this person, you'd know there was no way she actually deserved it in the traditional sense.

That's when I replied with, "I guess she , er, knew the right people."

To which she shot back, "Woah! Someone needs a testosterone shot! That was even cattier than most of the women I hang out with." 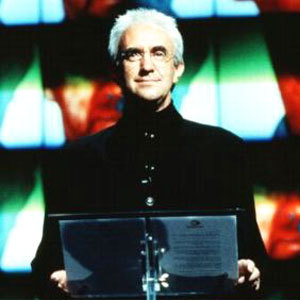 Is anybody else completely terrified by the concept of this new Oprah Winfrey Network (OWN)? I can understand her show (though I don't watch it) and the movies she produces and whatnot. But a whole friggin' network???

This is scary to me. All I can see in my mind's eye is Jonathon Pryce from Die Another Day playing the role of the megalomaniacal media mogul hellbent on world domination. And you?

Any bets on how long until it's renamed Oprah World Network?

If nothing else, should Dr. Phil be removed from the big four networks, we know he'll have a fallback for his show.

Filmless
Turns out the new iTunes movie rental service will not work with the pre-Classic 5G video iPods.

Strange. They're both video enabled. I've put movies of my own on there. It's not as though it can't handle it. There is some speculation in the comments of the above post as to why, but no firm word from Apple yet.

I realize this is Apple trying to get us to upgrade. But considering I discovered that the games I own on my 5G won't work on the Classic, I'm not upgrading. I'd rather lose out on something I have not yet paid for than something I already spent money on.

All the more reason to wait for the day I can afford an iPhone and hope it works with both of the above.

Heroic
I was at Goodwill the other day, which I tend to do from time to time. No, we're not in dire straits. I have simply discovered that they tend to have a damn fine selection of books including hardcovers that you can't still find in regular bookstores. Plus, the money goes to a worthwhile cause and we donate to them all the time.

Anyway, I was looking in one of their locked cases where they keep video games and DVDs and I saw the damnedest thing... Guitar Hero III for the Wii!

How long were Katie and I looking for that before we found it at Best Buy? A few weeks. Everyone was sold out. And here it is for $75 (albeit in a pretty beat-to-death box) at Goodwill of all places. I never cease to be amazed by the world around me.

When I heard the announcement about Oprah, I choked on my coffee. I am sick and tired of her and her lemmings. She messed up with that author, and with her school administrator (not to mention Dr Phil) I was hoping more people would stop following the Cult of O.

I am not kidding when I say that Oprah's power scares me.

I wonder if some poor kid's mom got sick of reminding him to clean up the wii game and donated it. I have donated some brand new toys because of that. The rules in my house are simple. If you don't put it away, I donate it (I do remind once or twice first). It kills me to do it, but kids have to learn.

I was really scared when I read about OWN too. I will never watch it... but she will continue to brainwash people! ARHHHHHHHHH!!!!

I'm going to wear all black to work today so that I can mourn the announcement of The Oprah World Domination Network. I guess that's another channel I'll have to tell my Tivo to ignore.

The older I get, the more I can't stand Oprah.

i am all about the thrift stores. you can find some killer stuff there!

i am terribly frightened by this oprah news. and that it spells out OWN? creepy!

Guitar Hero?! For the Wii? At goodwill?!

I still can't find it in stores anywhere...Perhaps I should check the local goodwill...

metalmom, they will never stop following her. Even upon death, she'll be worshiped.

tori, that's a heckuva lesson, though.

kilax, I won't watch it either and I know Katie won't.

Hilly, we can program to ignore? Sweet!

ajooja, weird how that works, eh?

sizzle, that OWN bit freaked me out too. Hence the Pryce comparisons.

suze, it can't hurt to look.

Yeah, the Oprah network is a scary thing. That's why I shared that item yesterday. I figured that people needed to be warned.

Dagny, I think what gets me more that anything is the acronym. From a public relations perspective, it's a firestorm waiting to happen. She has such a strong detractor base that you'd think her PR machine would realize what a bone they're throwing to the starving dogs with that acronym. Just call it ON: "Oprah Network." That has a much friendlier vibe to it. Well, until someone says "turn ON off." Heh. ;-)

You know, I've often been tempted to upgrade my iPod to one that's a swanky color or just... newer. But the thing is it still works exceptionally well, there's plenty of space on it, and there's just no way I can justify the purchase of a new one. Not that I'm encouraging Apple to start coming out with junky "pc-esque" items, but why upgrade when it works?

Yeah, I think my 30GB jobber is only at 2/3 capacity right now. What the heck will I put on an 80GB?? The entire run of South Park?

Yep, I'm with you. Oprah is out of control. She's already got her own radio network on satellite...when will she have enough??

When her business card reads Oprah Winfrey, Earth Overlord. That's when. Well, maybe not even then.

Sometimes I listen to her XM radio show just for the helluvit. I heard her 'best friend' Gayle King on the other day saying Oprah wrote in her journal in 1992 that she wanted to have a network. Scary stuff, people...

I laugh at Tori... I always threatened my kids, but usually just bagged it all up and threw it in the attic for awhile. Come to think of it, there is probably STILL stuff in the old house attic... ;)

sue, so she's been planning this for a while, eh? No surprise.