Home Archives Profile Subscribe Links Rankings
Damn it feels good to be a gangsta...
Give it away... 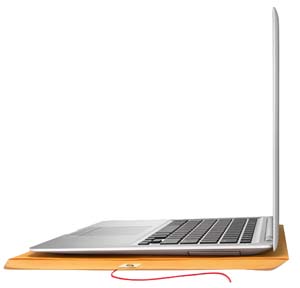 Can pure, unadulterated sexual lust come in an aluminum case?

Before yesterday, I would've thought not.

Now, though, behold! The MacBook Air.

I'm sure many of you have already read yourselves to death about this new laptop from the geniuses at Apple. Sorry, but if you stick around here, you'll have to read some more. But I've got a meme at the end of the post if it will justify your sticking around a bit.

Of course, like any new technology, it's upsides (the sheer lack of bulk, form factor, Mac OS and not Windows, etc.) do require you giving up a bit (Dave and TUAW do a pretty good job of detailing the downsides). But, dayamn! This is one fine looking computer and one that I want desperately. However, with the price tag it currently bears (starting at $1,800), it will be some time before that happens.

If this doesn't make Dustin and Hilly convert, nothing will.

Now, as promised for you non-computer lovers, a meme!

I stole this from Karl who stole it from Trysha. I don't think it has a name. 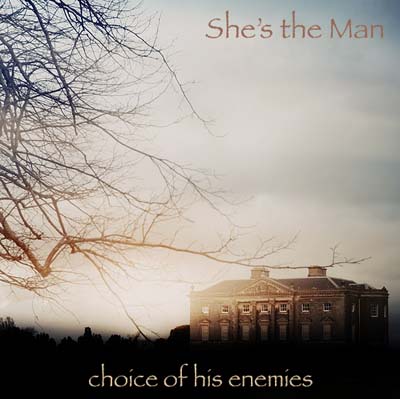 I'm not entirely sure why my band name had to be an Amanda Bynes movie. Oh well. But it is a pretty cool album name.

Big credit goes to jipps for the killer photo!

I was actually a bit disappointed with the Keynote, although I understand there is some additional news coming tomorrow. First, yes, the MacBook Air is pretty, ok, very pretty. However, the $1000 upgrade for a solid state hard drive is, well, a bit much.

I was also disappointed with the lack of an upgrade to the MacBook and MacBook Pro product lines. Yeah, the Air is pretty and all, but how about those of us who actually use our notebook as a desktop substitute?

However, what disappointed me most (and actually pissed me off) was Time Capsule. I already own an Airport Extreme Base Station and an external hard drive. The initial advertisement for Leopard indicated that Time Machine would be remotely available for notebook user through AEBS with an attached hard disk. Right before release, they pulled that feature from Leopard and I've had Airdisk problems since installing Leopard, not to mention the lack of Time Machine support. Now, I have to buy an entirely new Mac hardware to do something that Apple initially told me I could do with the same hardware I already had? So, I'm being punished for owning that Apple hardware already? Please. If I don't get an AEBS firmware upgrade that lets me use Time Maching, I'm going to be pretty angry.

I will drool profusely until I can get one.

Hmmm looks like a good coaster for my coffee cup... ;) Kidding! Sheesh!

all this talk of the new laptop makes me want one and i don't usually care at all about that crap. :)

you know you totally saw "She's the Man"- admit it!

Love the meme. I'm going to have to give it a try tonight.

BA, you realize in your short time as a Mac user, you've already surpassed my knowledge base? AEBS? What?

sizzle, I will never admit it!!!

Dagny, it was fun so long as you can do the graphics bit.

I didn't know I had any child-molester tendencies until I saw Amanda Bynes. Glad she's all legal and stuff. :)

Love this meme. I'm totally borrowing from you for tomorrow, when I have no time to post. Keep your eyes peeled!

ooh, that is a cool meme and a cool album cover. I will have to try that maybe.

BA, I've never seen the name abbreviated before. And I actually own one of them. Love that thing.

August, it was a lot of fun.

I so totally need a cold shower...

A friend of mine works for apple and has played with it up close. She swears it's even sexier in person... I don't know if that's possible but, she says it is.. hmm.

Well...Dustin and I are waiting for you to buy us one, Uncle Kev ;).

Bre, I totally believe it. I didn't like the iPhone until I saw it in person. Sold me. Well, mentally. Couldn't afford it in real life. ;-)

Hilly, ha! "Uncle Kev" is splurging on himself before he spoils the proverbial brats! ;-)

I sent that to my wife, she said that she already looked at it. Our next laptop will be a Mac, just which one ???

I'll have to read through Dave's review of the Air. It's cool and all, but I don't think I'd want one. The fact that it has such a small hard drive - and no freaking CD/DVD drive - would keep me away. If and when I get another desktop machine (I'm using my laptop as my full time machine right now) I think it'd be an iMac. If I was going for another laptop it'd be a Powerbook.

Nevertheless, the Air IS pretty to look at.

g-man, I almost think you should go with a standard one as a primary. Especially if this is meant as a replacement for a desktop. You need to have that optical drive for the Air to "talk" to for software loads and disc backups.

Karl, ah a MacBook Pro, eh? Yeah, the name Powerbook is dead. It's MacBook (for the old iBooks) and MacBook Pro (for the old Powerbooks). I'm debating between the standard and the Pro now too. Gotta see what I can get a deal on when I'm ready to buy.

I'm leaning toward the macbook pro myself. The air is cool, but just not quite right...

sue, but it's still so damn sexy!

Still drooling over this. Know I'm gonna have trouble keeping my hands off it when I go to the store next weekend. I wonder if it's as sexy in the flesh...

I'm ready to guarantee it is. The only real difficulty will be sifting through the throngs of fans to get to one of my very own. I wonder how well this is going to sell.

I think once people get past the no disk drive thing... well. Will report on any front line news I pick up in the store.