I'm back in the saddle again...

After a two-week hiatus during which he saw the world, reinvigorated his persona, and bedded many other blog theme days, Snippet Wednesday makes his triumphant return!

Razr
Yeah, I'm back on my Razr for a little while as I had to send my Nokia E71 back England way yesterday. I may have griped about a few issues I had with it here and there, but it is certainly a great phone and I will miss having it around. Dammit.

Comments
So did you all notice anything new about the comments here? 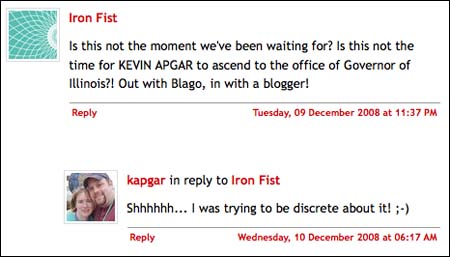 Yep, Typepad implemented a new comment system for their users. It's opt in only so not all the Typepad blogs you visit may have it rolled out yet. Basically we now have an avatar system (although you need to set up a free Typekey account, which is apparently now known as a "Typepad Profile," so your avatar will show up), nested comments with direct replies, and e-mail notification should a reply be posted to your comment (also requiring Typekey). The fact that it requires Typekey/Typepad Profile kinda bugs me, but it's a step in the right direction.

War
When Katie and I bought my camera the other day, I opted for a four-year warranty. The 20% off that I received covered the cost of the warranty, so why not? Anyway, the woman at Sony asked me if I was aware that the warranty covered X, Y, and Z, but not A, B, and C, with "C" being "acts of war."

Me: Acts of what? You mean the warranty actually says that?

Her: It does now.

Me: I'm guessing for reporters in warzones?

Panda
Jesus, we can't win for losing with movies on Netflix. First it was the travesty known as Fred Claus and, last night, it was Kung Fu Panda. Maybe it gets better the further you watch into it, but we got through the first half hour or 45 minutes and were bored to tears. We hadn't even chuckled once by the time we shut it off. I'm on the verge of deleting all films from our Netflix queue and just populating it with TV discs. Okay, not really, but you get my point.

Nottie
Speaking of bad movies (and I admit I brought this one on myself), I was flipping through the on-screen channel guide and saw that some channel was playing The Hottie and the Nottie last night so I flipped it on out of sheer morbid curiosity. "The what and the what?" you might be asking. It's a Paris Hilton attempt at an acting career. Need I say more? I got through three minutes and 32 seconds before flipping the channel. Simply put, David Caruso can out-act Paris Hilton and that's saying something. What it's saying, I'm not sure, but it's something. The fact that this movie came out earlier this year and is already on extended cable also says something... about it stinking like year-old eggs, perhaps, but still.

Dec 9
I love Chicago. It's the greatest city in the whole damn world. Fantastic people. Delicious food. Beautiful skyline. Great shopping. Exciting (albeit ultimately unsuccessful of late) sports teams. I love the state of Illinois and many other cities as well... 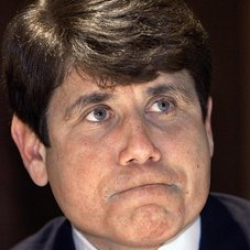 Dec 11
Yeah, I've been playing with the new camera. Some shots from the rain-turned-sleet-turned-snow storm from the other day... Some stuff I dug up in my parents' basement yesterday... And some experiments in sports photography... Enjoy! The Joker/snowman is my personal...

I hate that Typepad won't use Gravatar.

Kung Fu Panda was a great film, but you have to watch it like a drama, not like a goofy comedy.

you couldn't pay me enough to watch that paris crapfest.

Yeah I noticed that lack of Gravatar support when I posted yesterday. I think I have have an old Typekey account from way back in the day. We'll see if this works ;-)

Srsly, the camera warranty has a war clause? Wow. Oh, and there's no way on this earth I would watch a Paris Hilton movie. Except for when I did. House Of Wax. Which except for her "acting" was a semi-passable horror flick. Kinda.

Katie Zuul is too funny.

Nice camera! Great deal. We have some of the same holiday ornaments.

Bummer on your Gov. I was reading about that in the paper this morning in line for coffee. Some people I guess.

LOL at the WARranty, I suppose it makes sense.

On-Demand is great, they should give you your money back after 5 minutes if you decide that it sucks.

Do we always get the same picture by our name? Because I really liked mine but now I see that avitable has the same one. Maybe I'll have to add my own picture after all.

For everyone who bitches about not wanting a TypeKey account, just stop whining and get one. It makes commenting on ALL TypePad blogs that much easier. Plus, when Kevin comments back to you, TypePad will send you an individual email. It's not like he's suggesting you give a kidney.

You sent me your Nokia?? Awwwwww that's so sweet of you!! ;o)

It was meant to be a drama? Really? Woah. Considering the animation and the casting of Jack Black and that it's a panda in kung fu, you just automatically assume a comedy.

I won't do it again, that's for sure.

It works! Yeah, it had a war clause. Too funny. Oh and if you watched all of House of Wax, you're in a worse position than I. Except you at least got to see Jack Bauer's daughter, too, didn't you? That might make up for it.

I haven't tried the on-demand yet. Probably because my computer is not hooked up to me TV and I don't see much point in not watching a movie on my plasma. Maybe someday.

It seems to be pretty random who gets what avatar. Unless you create the account for yourself. Then you choose. Could use your standard one that you use everywhere else.

As per usual, Hilly is spot on in her analysis of the benefit of a Typekey/Typepad Connect account! And it saves me time! But if you'd rather give a kidney, okay.

Thanks for the snark, hon! Much appreciated!

You wish. But I can give you their address if you'd like to go on a midnight raid!

I don't have much to say other than "Yay! Snippet Wednesday has finally returned! Much like the Prodigal Son, I love him despite his whoring ways."

Kapgar, you make me laugh.
haha! (Spoken like Nelson from the Simpson's) - you watched a Paris hilton movie! :)
Seriously - I love your blog. Might change my avatar thingy when I am back on my OWN computer.

He is a cheating whore, isn't he? Well, he promises to be a bit more faithful from here on out.

Yeah, rub in the Paris Hilton bit. Not like I don't feel dirty enough as it is. And it was only a few minutes. Gah!

We are really good at getting crappy netflix movies too. It's like you're more likely to put random stuff on your list, just to populate it.

I think it might be time for us to hit ourselves upside the head.

I insure my cameras through my homeowners insurance for about $8 per year, I'll have to check to make sure "acts of war" are covered...

Did you know we can now watch instant stuff from Netflix on Macs?!!! I was just so over the moon happy when I found out. And I tried it. And it works!

That's not a half bad idea. For that price? Why not. Is it replacement or repair?

Yeah, I did see that. Haven't tried it yet, though.

i fell asleep during the paris hilton "sex" tape. ain't gonna try to watch her in anything else.

"the travesty known as fred claus" made me snicker. although i was hoping it would be funny. i had wanted to see it. grrr.

Believe you me, I was hoping for funny too. And I haven't heard much better for his latest Christmas flick, Four Christmases.

So, I know this is a little late, but I've been busy.

I liked Kung Fu Panda. I thought it was cute and funny. Maybe you have to have kids to appreciate it?

I'm not sure that's the case as Katie and I love and own every Disney flick and worship all the Pixar films out there. Non Pixar are hit or miss. Mostly miss. The first two Shreks are great but the third was terrible. And Over the Hedge I would put up there with almost any Pixar in terms of animation quality and humor level. Panda just did nothing. I didn't even snicker. Even bad animated films still have me snickering at least once.