Everybody has celebrity crushes, right? That certain someone who is in the limelight for whatever reason that, when you see them, you're just completely enamored. They could be hosting a TV special in which they actually do watch paint dry and you wouldn't care, you've got a crush on this person.

When you become part of a significant real-life relationship, though, these crushes take on a whole new air. You don't lose them, not one little bit. You simply have someone that you care about that is based in reality and your celebrity crush might take a little bit of a backseat. Or, if you have a pretty secure significant other, your crush might become part of an inside joke between the two of you as this person joins your Laminated List, which Urban Dictionary defines as "A list of the top 5 people, usually celebrities, with whom you could have sex with without repercussions, if the opportunity arose, regardless of whether you were in a relationship or not."

They can sometimes be fun for a joke or two.

But have you ever experienced what I'm now dubbing a Create-a-Crush?

Basically, this is a phenomenon when your significant other thinks you have a crush on a celebrity that you never really considered before. And, despite your protestations, they forge on with this belief to the point where you actually do start to have a crush on this person because you're constantly thinking about him/her.

Still confused? Here's an example from my life.

A few months ago, I bought Taylor Swift's new album Fearless out of a sense of morbid curiosity and because Amazon offered it on a one-day only special for $1.99. I'd heard decent reviews of the album and, even though I had never really considered it as an option to that point, I picked it up thinking that $2 is not that great a loss even if it sucks. 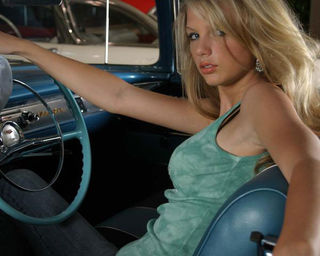 Well, it didn't suck. Not at all. In fact, I really kinda like the album. Really upbeat, well-written country music that borderlines the pop genre. And it was something that I thought Katie would enjoy as well, so I told her I bought it and offered to throw it on her iPod for her or play it in the car, etc. Then Taylor and her new album started hitting the media circuit showing up on interview show after interview show that we happened to be watching. Katie began accusing me of having a crush on her.

Okay, admittedly she's a cute girl. No question about it. But a crush? That would rank her up there with Elisabeth Shue and Belinda Carlisle and Kate Winslet. Nah, not happening.

Then SNL happened. We don't regularly watch Saturday Night Live because, to be honest, it sucks. Once in a while, though, as a friend of mine likes to say, even a blind squirrel finds a nut. That nut was Neil Patrick Harris who we were pretty convinced would do a great job hosting the show and we were pumped about watching it. But Katie wasn't convinced that was the only reason I wanted to watch this episode. Why? Taylor Swift was the musical guest.

There were a few more media appearances after that and then yesterday I find the latest issue of Rolling Stone in the mailbox. Who's on the cover? Taylor Swift. So, as a joke, and because I know exactly how she'll react, I ask Katie if she's seen the latest issue. Nope. And I flash her the cover. "Oh! It's your girl!" Dead on target.

But the odd thing is, I think I am developing a little bit of a crush on Taylor Swift.

And I have nobody to blame but my wife.

Am I the only one this has happened to?

Totally Unrelated Aside (TUA): I can't even count the number of places where I've seen this list popping up. Basically, you just list out 20 albums that changed your life for whatever reason. Should be simple, but it's not. Not at all. But I'm gonna give it a shot anyway. I think they're pretty close to the order in which I discovered them from the earliest on down. As you'll see, there isn't much life changing in recent years for me.

Posted in Entertainment, Me & Mine, Memes | Permalink | Comments (28)

Feb 20
Sometimes we forget. Enough time passes and we age a bit and discover others that we love equally or sometimes even more. But it's always there. The love. The memories. The joy. Just waiting for something to kick it up... 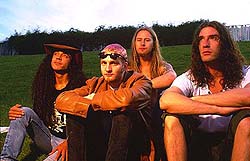 Feb 25
Just another Snippet Wednesday, oh-ee-oh-oh... Retire Considering the state of the stock market and investments, I'm happy as hell that I'm not planning to retire anytime soon. But on that topic, I did receive a rather funny mailing from one... 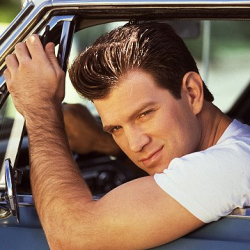 I am cracking up. Years ago I made my husband end up with a crush on Juliana Margulies. It happened very similar where at the beginning I do now believe he had absolutely no interest and then after so many coincidences and accusations he actually did end up liking her a lot.

So...I get this and I believe it is a real thing. Luckily I don't care who my husband has a crush on, and it sounds like Katie is fine with it too.

Hmmm....it's probably happened, but I just can't remember. I do have a crush on Gerard Butler and a female crush on Tina Fey (I actually said this over at Nilsa's today - you two must be on the same wavelength).

That hasn't happened to me quite like that - but we have accused one another!

I have a crush on Kate Winslet.

And Marie's right - you better get over to Nilsa's ;)

That's funny that it happened to you as well. And I hope Katie doesn't have
a problem with it considering she started it! ;-)

Tina Fey I totally agree with. Gerard Butler is a good looking guy, but my
male crush is still Chris Isaak.

And who have you two accused each other of liking? I will have to get over
to Nilsa's blog soon!

Ha! What do I know? My latest celebrity crush is a meerkat, and I did that all on my own!

I saw that in my Google Reader. Couldn't click through yet to comment,
though. Wouldn't look good at work. That will happen tonight. And you have
fantastic taste!

The SPCA (I assume Britain's got a version) is gonna be on your ass for that
one. Crushing on a lowly animal? Sick and wrong. ;-)

Actually that never happened but I could see it happening though.

Wow, some amazing albums on your list. Nicely done.

Ooh, the Pulp Fiction soundtrack - good one. That was a strong one for me, too.

I have this weird mix of Kenny Rogers and NIN rolling around in my head...

That's gotta be seriously messing with your head. But I'd love to hear the
mash up!

Yeah, at first I wasn't sure if I should include a soundtrack on this list
as it's really just a compilation of songs. But Quentin does so much more
with his soundtracks. He tells stories with the music he picks and is
clearly the king of the form. Yeah, this one can be included.

Thanks, man. It was fun. Tough, but fun.

Nope - never happened to me with the whole crush deal. Sorry, weirdo. Haha!
And I so have to do my album post. Maybe tonight, maybe tomorrow... who knows?! yours is pretty good, though.

Also I didn't realize it was only FIVE people allowed on the list...

Five is a nice, round number, but if you're feeling restricted, I say add
'em on! Personally, I never heard of that limit either.

My wife knows about me and Kirstie Alley already. And we've been married 16+ years.

Cheers-era Alley? Yeah, I liked her too. Just so long as it's not Vulcan
Alley. That was scary.

I even nominated her for "sexiest star trek character" online one night while on Karl's aftershow. Although even with a full minute of googling, I can't find the poll, which is a shame for my reply.

I'm not sure who I'd nominate for a sexy Trekker award. I'd have to think
about that one.

RE: "...Well, it didn't suck. Not at all. In fact, I really kinda like the album. Really upbeat, well-written country music that borderlines the pop genre.

There are so many people who rail on country music because they've never gotten past the stigma of what Country was 40 years ago. If they would bother to give it a whirl TODAY, I suspect their reaction to many of TODAY'S country artists would be similar to yours. : )

I actually like some country. A couple years ago, I think my top albums had
four or five country albums. Kinda blew my mind. For me, it wasn't so much
the country stigma as it was the teen stigma. All I kept thinking was Jonas
Brothers or Miley Cyrus doing country. Glad I got past that.