I was talking to a neighbor of mine recently and she related a story that happened to her a few weeks back.

She was at an extended family wedding reception with her longtime boyfriend when a table of 20-something guys called her over. They were mostly friends of her daughter and were pretty toasted by this time.

Walks back to her boyfriend's side.

And her boyfriend busted out laughing uncontrollably. Upon finally composing himself, he told her what it meant.

Mrs. X: "Should I be offended or honored?"

These blogger awards just keep getting weirder and weirder. Don't get me wrong. It's not that I'm not honored to receive them. But I seriously think the creators should be given some sort of complimentary psychiatric evaluation. 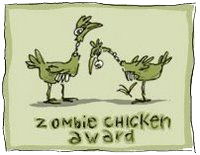 Now it's the Zombie Chicken Award, which I received from Sybil Law. It's pretty cool sounding, but, it seems that they now follow up the demand that you pass on the award to others with specific details about how you will pay if you do not. Before, the threat was a bit more passive. Sort of a "do it or else." Now, though, you know what to expect! Zombie Chicken Wrath? Hells no! I'm passing this baby on!

Rules of the Zombie Chicken:
The blogger who receives this award believes in the Tao of the Zombie Chicken - excellence, grace and persistence in all situations, even in the midst of a zombie apocalypse. These amazing bloggers regularly produce content so remarkable that their readers would brave a raving pack of zombie chickens just to be able to read their inspiring words. As a recipient of this world-renowned award, you now have the task of passing it on to at least 5 other worthy bloggers. Do not risk the wrath of the zombie chickens by choosing unwisely or not choosing at all…

Here's who will pay in my stead.

Hilly of Snackiepoo - I've always loved her blog and I'm sure I've given her awards in the past. Hell I've probably given her every award in the book. And, even though I try to spread out the love a bit, I've gotta do it again considering what's been going on for her lately. She's taking an incredibly brave turn and giving her life a redo of sorts. How can you not admire someone like that? I know I do.

LeSombre - I'm still relatively new to his blog, but I have a lot of fun reading his site. He's got a fantastic sense of humor and loves not only poking fun at others, but receiving the barbs back.

Faiqa of Native Born - The lovely Faiqa bequeathed unto me the You're a Great Buddy award back in February and I'm finally able to return the favor. She is a fantastic writer and one helluva good part-time cohost over on the AvitaBritt Radio Show. I recommend checking her out (the blog, that is).

Ren of Renagerie - Also a relatively new read and a great one, too. Perhaps I will eventually get off my ass and use his own macro photo contests as motivation to get back into my Mystery Photo Contest. I know SJ would love it.

Shiny at Shiny's Takeout - He's the king. Need I say more? I didn't think so. So why do I keep going? I dunno. Must stop. Just. Stop. NOW!

Apr 22
Ahhhh, zee spring allergy seezohn is upohn us. Zee flowerz and treez are blooming and zee pollen is free flowing. As an allergy sufferohr, make sure to dose up on your medicashuns to protect yourself from... SNIPPET WEDNESDAY. (Pretty soon... 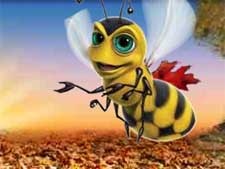 Shame that everyone's the same...

Apr 28
I swore I had written about this in the past, but I have trouble coming up with the keywords when I try to search for old posts, so I'm going to assume I haven't mentioned this and start this post... 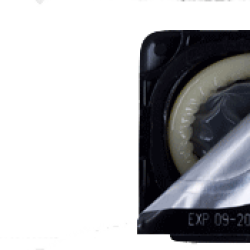 Zombie Chickens? What will they think of next.

great choices for the award!! love em all.

Zombie Chicken Award. It does one other thing. It plants The Cranberries in the reader's head.
Thanks.
Great.
This is going to last all afternoon.

I never thought I'd say this but thank you for not giving me the Zombie Chicken Award.

I'm wondering what went through those guys heads the next day after they got over their hang over.

I love Zombies.
I love Chicken.
I love Awards.
I love the Cranberries!

I forgive it because they were drunk. And I'm afraid of what will be thought
of next.

They are good ones.

Can you come up with a better song about zombies? Didn't think so. ;-)

Thankfully she laughed about it afterward.

I got enough babysitting with Lilly. Nope. No uncle diaper duty.

You suck dude. I NEVER get an award from you. And since I ALWAYS get "Duck of Doom" or "Chicken on my head" when I play Munckin.... Zombie Chicken is right up my alley.

Now what the hell is Munckin?

Thank you, Kevvy Kev. Me loved you long time too. ;)

What did you tell your daughter?

I told her, "Those guys are just rednecks".
And then she asked, "What's a redneck?".
Yeah - I got parenting skillz.
:)

Should I place the call to Child Protective Services or do you want to?

Hey - what's wrong with a little bourbon now and then?! At least I don't make her carry my crack anymore!!!
:D

Geez, such violent tendencies. Eventually you'll wind up hitting a guy who
enjoys it... too much. ;-)

Finally read this recently (catching up on my feedreader). Thanks so much!