Home Archives Profile Subscribe Links Rankings
Never coming back until I touch the midnight sun...
It's hard to make the good things last...

Oh, the PR person for the CIA is gooooood. Like real good. Like deceptively, manipulatively, strike-and-retreat-under-cover-of-night good. 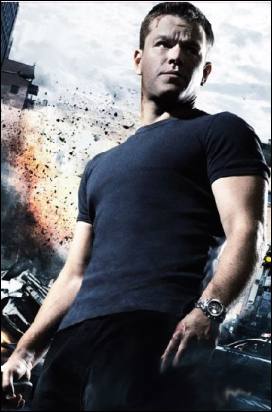 I saw a headline on my Yahoo homepage this morning that read "CIA was a long way from Jason Bourne" and just had to read it. I am always curious how similar real life is to the movies. It's cool to think, sometimes, that the shit we see on the big screen can really happen. And, when it comes to government-recruited-and-trained assassins, well, I wholly believe it's the truth. There are so many deaths out there attributed to natural causes or some convenient accident that are clearly the work of paid hitmen.

You don't buy it? Here's an example right off the top of my head... Billy Mays... the shillman for products like Oxy-Clean. Totally a hit. Why? He was selling a product that promised to do all your cleaning FROM ONE BOTTLE! Do you know what a product like that can do to the American economy? It's devastating! People no longer need to buy detergent, bathroom cleaner, floor cleaner, shower cleaner, sink cleaner, toilet cleaner. Oh no... it's all right there waiting for them in one container. And Billy Mays was the man popularizing it.

And now here we have the CIA's PR rep trying to say that all kinds of clandestine missions that they were accused of being a part of were unattainable given their resources and logistical planning.

The article says all the right things. It admits to them wanting to do some of these things, but not being able to. It uses all the right catchwords like "deniability" to make them seem like they admit to having this negative image. And they even try to claim that other government-funded groups, such as Special Ops teams, do these sorts of things regularly.

Now let's all open up our arms and give a hug to the new family-friendly CIA, shall we? C'mon over, we're having s'mores and singing "Kumbayah." Leon Pannetta is making hot cocoa and then we're having a J. Edgar Hoover lookalike contest. It'll be fun!

* No, kapgar is not really a conspiracy theorist. He's just in a weird place this morning. But if you don't hear from him on this blog, Facebook or Twitter for an extended period, you know who's responsible! Just sayin'!

And my insurance company rejected my doctor's referral for chiropractic treatment. No surprise there.

Instead they'd rather me constantly go in for physical therapy (which I've already done), doctor's appointments, maybe an occasional ER visit when I throw out my back after the doctor's office is closed, and repeated cycles of prescription drugs.

So, yeah, in the short term, it's potentially more expensive, but they'd save a ton in the long term.

Insurance companies are a pain in the ass. I swear I spend enough time on the phone with them to qualify as at least a part time job, if not full time. If they would look at te big picture, everyone could be satisfied. Instead they look at the short term cost with no regard to what will happen down the road. Yuck! It is enough to give me headaches...think treatment would be covered if I went to see someone for that?

Fracking insurance companies. Maybe the CIA needs to do some clandestine ops on them. Such butt munches. It's not for THEM to say what you CAN or CANNOT do regarding health stuff. That's for your own doctor to say and for you to make the final decision. Insurance companies are nothing but craptards.

Cover you for headaches and thus admit they're at fault? Not likely. And dealing with insurance companies is a big part of Katie's job. She hates it.

I don't think the CIA would publicly admit to anything, true or false. MmmmmHmmmmm.

I think you are on to something here with Billy Mays, the products he endorses essentially fills the need for so many other competing products that it would really be detrimental to the economy. Nice work CIA!

I am completely with you on the CIA thing. Totally. In fact, CIA people who are now tracking Kapgar's every word, I am still willing to be in a sniper program to pop off molesters and the like.
Ahem.
Anyway, I loathe insurance companies. They just suck.

Once in a while, the I truly does stand for "Intelligence," doesn't it?

How about popping off common-sense molesting insurance executives? You up for that?

(There was more to this post but Nat deleted it. Not anyone else. Nat did.)

And I thank you for the drool self censoring. ;-)

Insurance companies suck ass. I had my wisdom teeth out last month. Two were impacted and had to be surgically removed. The insurance company paid for part of the extractions, yeah. But guess what they don't cover. Anesthesia. Clearly that was an "extra."

Nahhhhhh, you should just remain awake the whole time, right? Sounds about like it. And, let me guess, the anesthesia was probably the most expensive part of the procedure?