Welcome to Snippet Wednesday number one billy-yunnnnnn. Okay, so that's not entirely accurate.

Props
So do you think I can lie and pretend I live in Scranton just so I can unload a bunch of my crap to the producers of The Office and hopefully see that shit appear as props on a future episode? That would be soooo cool!

Ride
I'm hoping to have some pretty good photos later this week. A local park district decided to reserve a couple days of the week for BMX riders and I am friends with the guy who was behind the request. So he's gonna make sure that a bunch of guys are out there tomorrow, weather dependent, so I can snap some shots of them in action. That could be serious fun!

Plimp'd
I didn't even know Martha Plimpton was still alive let alone still acting and now she's going to be a regular on Grey's Anatomy? The last thing I saw her in was Pecker with Edward Furlong (don't ask).

Guest
It's weird. I don't guest post for the longest time. Then I receive an invitation from one person... and then another... and another... until I have three gigs all within a couple weeks of each other. Guess whose blog is gonna be rather neglected during that time? Anyone want to fill in here for me? But I will have fun during these posts. I actually already have one written for It's Me Penelope. It's one that will guarantee she never asks me to guest post again! Muahahahahahahahahahahahahaha! ha.

Tupac
Holy crap! Not only is Tupac alive, but he's... purse snatching?

Simpson
And in pure LeSombre tradition, I will save the last snippet for myself for when all the rest of my hair falls out save for two strands. Then I can groom it and be stylin' like Homer Simpson! 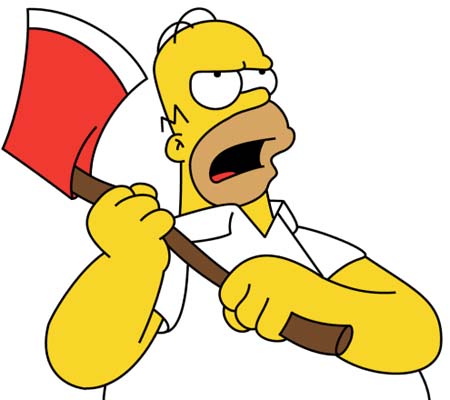 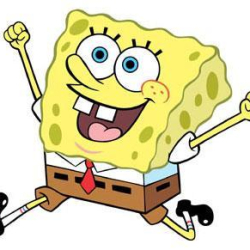 Jul 16
Oh, the PR person for the CIA is gooooood. Like real good. Like deceptively, manipulatively, strike-and-retreat-under-cover-of-night good. I saw a headline on my Yahoo homepage this morning that read "CIA was a long way from Jason Bourne" and just had... 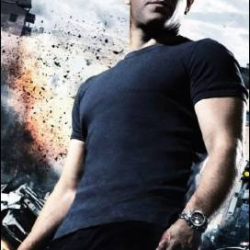 Just don't do the comb over that starts all the way from the back of your head where you have grow looooong thin strands to cover the top of your head and have the strands connect at your forhead with gel or something.

Yes I have seen that. It scared me. A little.

Oh, Kevin, you've got to get your head out of this Midwest bubble. Martha Plimpton has been an active stage actor for years. My brother has worked with her in NY ... and I'm pretty sure she's been in some stuff at the Steppenwolf!

BTW, I say that with a tinge of sarcasm as I'm not sure I'd have known what she was up to if it wasn't for my brother! =)

Martha Plimpton? Didn't she sell Intellivision or something in the 80's?

So - now is a good time to ask you to guest post on my blog?! ;)
Martha Plimpton - makes me think of one of my favorite movies ever - Parenthood.

Scares me too. But what scares me even more is that idea that some people think it's not noticeable. How????

If you had just left off the follow-up, I would've thought of you as a highly cultured, well-rounded human being. But you caved. Now you're just a schlub like me. ;-)

There's a distinct possibility that is true. Otherwise, I remember her from Goonies.

She reminds me of one of my favorite movies ever, too - Goonies!

i'm looking forward to the photos of the bmx action. should be way cool.

and really? you didn't know martha plimpton was alive? dude, what is she...MY age?

You provide me with pictures of you spanking sybil and I'll guest post anywhere anytime! As for Martha, not that she's old, just that she had, in my estimation. so completely fallen off the face of the earth that she may as well have died.

i saw Pecker too, although I don't think I finished it. Last thing I liked her in was 200 Cigarettes, which I doubt anyone but me has seen.

Actually I remember that I did watch that as well although I don't remember much about it.

Those last two hairs will live on forever, a la Homer Simpson.

I'm doing two guest posts the last week of July for Karl and Penelope. If you need another, I'll be happy to guest it up for you.

Thanks, but I don't want to stick you with a situation similar to my own. Yowza.