I'll tell you one thing I don't like... starting your day with an appointment at the doctor's office.

Seriously, who in the hell schedules an appointment at 7 a.m.? Oh yeah, me. Because my doctor's office doesn't like evening or weekend hours. Bastards. So I dragged my ass out of bed this morning and nearly stumbled in the shower (at least I made it past the bed without falling). I gotta do something about that. I also ate breakfast, got dressed, read some blog posts, left some comments, loaded some new podcasts on the iPod, etc. (not necessarily in that order) and left.

I'm not a big fan of the doctor's office. No, they don't frighten me or anything. I don't get severely panicky like some people do. I'm just one of those people that doesn't believe in wasting either a doctor's or my own time with "little things." A cough or cold? Allergy med refill? Sore muscles? Cramps? Bad headaches? Phone them in for a prescription, don't drop by. What's the point? That's just how I operate. I hate how much work it takes to schedule and how long you sometimes have to wait for an appointment. By the time you go in there, any problem you had is gone.

But now, with my back bugging me a little and being in my mid-30s, maybe I should go in. Get those regular physicals. All that jazz.

So I went in and, as one would expect, the first thing they do is weigh me. The dreaded scale, which gets followed up by the dreaded sphygmomanometer (blood pressure machiney). This is the one time I do get a little tense. I hate being weighed. I hate the reality of having those high numbers come crashing down on me. That, of course, results in a higher-than-usual blood pressure reading. A double whammy.

But, holy hell, neither turned out so bad. Since my last doctor's visit last February, I'm down 23 pounds and I only really started working on that in the winter. And my blood pressure, despite my scale anxiety, was actually within range. The doctor was impressed. I was impressed. Katie was impressed. The Gods on high were impressed (I know because the drive to work was actually quite clear and it's a pretty nice day out and all these seem to be rarities in Chicago this July).

Hmmm, maybe the doctor's office isn't so bad after all. 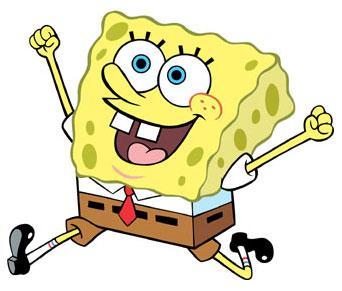 Why did I think he'd been around longer than just 10 years?

Jul 13
Balance... coordination... a Jedi needs not such things. A regular human being, on the other hand... You pretty much know not to expect much out of the day when, immediately after getting out of bed, you catch yourself from falling... 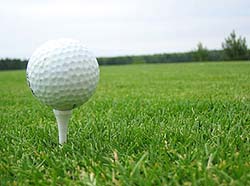 Jul 15
Welcome to Snippet Wednesday number one billy-yunnnnnn. Okay, so that's not entirely accurate. Props So do you think I can lie and pretend I live in Scranton just so I can unload a bunch of my crap to the producers... 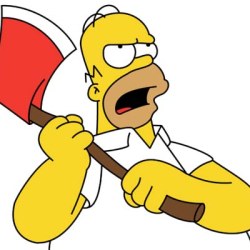 I'm with you on going to the doctor. I don't like to go. Not scared but why do I need to pay $80 for an Ace Bandage when I can get it at Walgreen's for $5 or for yet ANOTHER pair of crutches. Hmmm...Maybe I should see someone about why I keep injuring myself.

I once went into the doctor's office and I was SO nervous that when they took my blood pressure it was of course VERY HIGH. They had to take it again after my doctor gave me a check up by which point I had calmed down so my blood pressure dropped all the way back down to normal.

You can tell I'm one of those people who does not like getting check-ups. Ack, ick and blah.

So glad everything is good with you though!

Between you and Sizzle with your "get healthy" and lose a lot of fucking weight mentality, you're making me nervous for our little rendez vous in a few weeks. I think I'm going on a liquid diet just to stay in the game!

Wow I am impressed too!!! I know what a drag losing weight can be! Yay for YOU!

I dunno, I think I have a case of the "rather not know"'s or something. The thought of having to go to the doctor fills me with as much enthusiasm as pounding nails into my own head. My girlfriend has been reminding me that I need to make an appointment for my yearly physical. Yeah, I'll get right on that. Promise.

Congrats on the weight loss and blood pressure reduction -- that's great news. It seems like women are more likely to go to the doctor when they need to. I do all of my routine exams b/c the medical history in my family has proven that early detection for anything can make a huge difference in longevity of life.

Great job Kevin! Now are you going to be eager to go to the doctor for your next check-in? I'll admit, I love it when they tell me I have great blood pressure!

Congratulations on the weight loss and good blood pressure reading! That's awesome!
I saw Spongebob on The View today. Yeah - I didn't turn it on but I was going through the channels and saw him. Funny!

Sometimes it's just the pressure of knowing that my blood pressure is going to be taken.

You have nothing to fear, I'm still 34 pounds over my lowest from back in 2002 when Katie and I were at the height of our Weight Watcher craze.

Huge drag. But you know, considering your last post. That's damned impressive. I have to comment still, though. Sorry.

Believe you me, I'd definitely rather not know.

Thanks. Not quite sure it's enough to make me <i>want</i> to go. But it's probably a step in the right direction.

Thanks! I was happy too. Both for me and the Spongey one.

Congrats on the weight loss!

Thanks! And the same back at you in a very big way!

Good for you! I look forward to the day that I step on that scale and instead of cringe at the higher number I can give a little "yay!"

Congrats buddy! I know you've been working out pretty hard so I'm really glad it's paying off!

I love SpongeBob. Something about a sponge who lives in a pineapple. I don't know what it is though.

I think nothing but sleep should ever be scheduled for 7am. That goes for meetings too!

I am so happy everything went well. Congratulations on the weight loss!

I am so used to doctors now that it doesn't bother me at all, but an appointment at 7 in the morning would bother me a whole bunch!

It feels good. I hope you get it soon!

I can't figure out the appeal either, but I love the little square-shaped dude. And thanks!

Thanks! I wish I could sleep that late. Never happens.

Yeah, I guess you would be. I just wish you didn't have to be. Thanks, BTW!

I am, now and forever, going to be Jimmy to you, aren't I? That's cool. And thanks.

Pffft. My last doctor visit sucked. Probably to balance out the universe.

Sorry to have to be the medical yin to your yang on that one. ;-)