I had a disturbing one last night. Actually I had several weird ones due to a strange sleep, but this one stood out.

I was at an M83 concert and it had just wrapped up. Anthony Gonzalez and the drummer and the female vocalist/synth player (who played with him during Pitchfork) were out front taking their bows to the audience. All of a sudden I heard someone scream, "You broke my heart, M83!!"

I looked up and there, behind the drum kit, was Avitable.

And he was naked.

And he was standing there behind the drum kit with a snare drum covering his junk and his arms raised in the air with drumsticks at the ready.

I'm not sure what's more disturbing, the vision of him naked in public or that I was dreaming about it.

Wii Punch-Out!! rocks. Way too much fun for one game.

And that's all I've got to say about that one.

Posted in Entertainment, Me & Mine | Permalink | Comments (14)

Jul 31
Is there a point where mocking contempt actually becomes sympathy? Confused? Yeah, I think I would be too after reading that statement. What I'm referring to are the young Hollywood starlets who have made such shows of breaking down over... 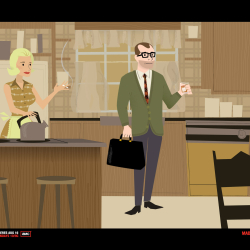 Aug 3
Just because there isn't much here doesn't mean I'm not up to something. I am! I am! I swear I am! It's just not... here... It's actually over at La Casa de DutchBitch where I am guestposting as part of... 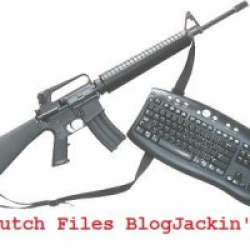 It's that naked hamburger photo he posted!! It gave you nightmares! haha

Dude! Avitaballed in your sleep! That can't be good.

And thanks for the Matt & Kim reference. :-)

You know the drummer from the band No Doubt likes to get naked. Maybe there was some sort of Avitable/No Doubt channeling going on there.

Or it could be that Adam likes to show off his nutsack on a regular basis.

That could certainly have something to do with it.

Avitaballing is never good. And you're welcome on M&K. I've been
addicted to both their albums since you recommended them a month or so
ago.

But everyone's already seen Avitable naked...aren't you used to it by now? ;-)

While that is very true, does the vision really have to invade my dreams?

I'd be disturbed that my brain felt the need to inject visions of a naked bloke. Still, dreaming about M83 wasn't a bad trade off.

Sadly it was just the end of the show so no real trade off. :-(

You would mock my pain.