I swear, when technology rains, it freakin' pours.

About a month ago, the left half of my Bose In-Ear Buds died brutally. I was at the gym running and *fzztt* they died. That left me with the gym-attendant-chosen radio station. Christ it's painful.

You might remember me inquiring on Facebook and Twitter about some SkullCandy Ink'd earbuds. While I haven't picked them up yet, I still may. I've been suffering through the humiliation that is the standard iPod earbuds in the meantime, though.

Katie is not happy about the death of the Bose since we spent $100 on them. To me, I got a relatively good value out of them since I used them nearly daily for a year and a half, but it does still kinda suck. And that amount of money is why I was asking about something much less expensive like the SkullCandys. I can't see myself spending as much as I did on the Bose again. Not now at least.

And this morning, while watching the final episode of season one of Battlestar Galactica, another pair is fuzzing out on one side. I was listening to the episode on my big ol' Pioneer SE4000s to keep from waking up Katie. I've loved these over-the-ear, noise-reducing 'phones for quite a while. They're huge, they're bulky, the plastic of the frame creaks when you move them around... but I didn't care. The sound was fantastic, the bass response was awesome, the big sponge and foam covers blocked out anything short of a nuclear blast, and they have about a seven- or eight-foot-long cord so I could still sit a comfortable distance from the TV or stereo and use them.

The best thing about them? They cost me $50 and lasted 16+ years. I was still in high school when I got them, that much I'm sure about, and I graduated high school in '93. Damn, they don't even show up in a quick Google search, that's how old they are.

Crap. Now I need to choose which to replace. I'm sure it will be my daily wear since I'd use them more often. I may be able to juice some more time out of my Pioneers since they aren't completely dead yet. If I move around the cable on the left side a little bit, the sound returns. Annoying, yes. But better than buying two new pairs of 'phones.

I am very techno-bummed right now.

It really kills me sometimes when a song like The Who's "Who Are You," for example, comes up on shuffle on my iPod like it did this morning and all I can think of is the opening credit sequence from CSI.

It truly pains me that I can no longer enjoy the song just for the song but that it now has to be forever associated with that show in my head. It's not always such a bad thing like, say, when used in a Quentin Tarantino movie. But, otherwise, TV and product ad usage are really gonna be the death of my enjoyment of music.

Don't you forget about me...

Aug 6
If you were raised at all in the 80s or into the early 90s, you were dealt a bit of a blow today with the sudden passing of John Hughes at the age of 59 from a heart attack. Yeah,... 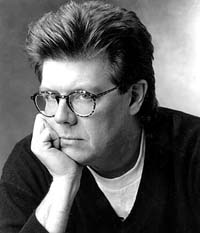 You were a vampire...

Aug 12
Today we will talk to a 12-year-old girl who was impregnated by her seven-year-old half cousin who summarily left her for his 52-year-old social studies teacher. Now she's working as a greeter at a local Wal-Mart while living in a... 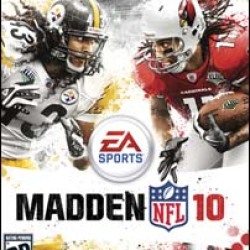 Sweet Jesus the standard iPod earbuds are bad aren't they? I still see people all the time with those things in their ears. Do they not hear how bad the music sounds? Maybe they don't know any different?

Clearly they know no better. Or they just don't want to know because they
don't want to spend the money on another accessory. Considering how things
are going for me right now, I'm kinda wishing I didn't know any better. ;-)

Bose touts quality. They make you pay a heavy price for quality. I'm sorry, but if a pair of headphones died after a year and I'd spent $100, I'd be pissed. Royally pissed. Why not contact Bose and see if they'll repair/replace them. If they are all about quality, they should stand by their name!!!

I started to write a fairly long comment, but I decided to make it a blog post of my own: http://renagerie.com/2009/08/12/headphones/

Thanks for the inspiration. :-)

Oh, and regarding TV ruining music, the biggest victim that comes to mind is "Start Me Up". So sad.

Are you talking the Rolling Stones' "Start Me Up"? Where was that used?
Another sad victim is Bob Seger's "Like a Rock" and the Chevy commercials.

I'd call Bose and check anyways. They might have some kind of exchange program (they seem like the type of company that would). Or at least a discount on your next purchase.

And ask next time you're at the Bose store. Same company but probably a completely different department. (If Mom says "no" then ask "Dad"

My motto on stuff like that is: "It never hurts to ask". It really works quite often.

I wear these little Sony ones that are kind of rubbery but they stay in my ear (they have the smaller bud that goes into your canal). I think I spent about $30 on them at Target and so far, so good -- but it's only been about three months :)

I found a pair of Sonys that looked kinda nice but found out today
that Bose will let me swap for a new pair for about half price. Kinda
cool.