Mother, tell your children not to walk my way...

I knew I wanted to use that lyric for this post but I wanted to get it right so I Googled it. I was so damn convinced it was The Cult. But it's Danzig. How the hell did I mix that one up? Oh well, on with Snippet Wednesday, anywho. 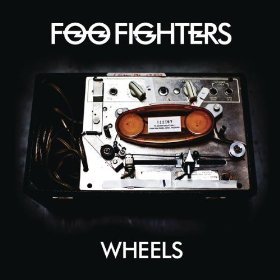 Did I get the idea across that I'm excited? Really? You didn't feel it? Lemme try again...

No, I won't go so far as blinking text. Not even for the Foo Fighters. Sorry.

Malfunkshun
The other day, while shopping for decade-related costumes for Katie to wear to school in their weeklong celebration of the school's 50th anniversary, we came across a Mother Love Bone T-shirt. Of course we bought it and she wore it on Monday. But it got me a bit wistful for the band and I've subsequently been going a bit nuts listening to their music as well as reading about them and their late lead singer, Andrew Wood. I discovered that there was a documentary made about his life called Malfunkshun, after the name of the band he fronted prior to MLB, and I tried to find it on Netflix. They clearly didn't have it as this mixed bag of search results would indicate. 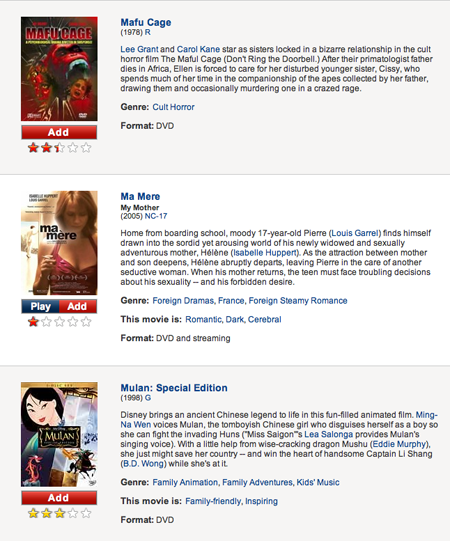 But seriously, a cult horror film followed by an NC17-rated steamy, dark, cerebral romance about a kid's forbidden desire for his mom, and then... Mulan? A Disney flick. Family animation. I can just see some kid putting Ma Mere in their queue as a mother's day tribute.

Music
I'm sure all of you already think I'm a music addict ("whore" might be more appropriate). But just to confirm the theory, my iTunes account is now showing that I have...

Yes, 10,794 songs that clock in at 29 days, 12 hours, 51 minutes, and 13 seconds (including the copy of Danzig's "Mother" that I just picked up because I felt so guilty). I can listen for nearly a month without hearing the same song twice (unless you're talking February; I so rock that month, even on leap years). Yeah, my name is kapgar and I'm a music junkie.

60
Katie and I are actually going to try watching The Amazing Race again after giving it up for about two or three years. We kinda miss it. But the problem is that CBS, the network that airs TAR, always seems to have something programmed during the day on Sundays that bumps the start time of everything else after it, including TAR. So I get severely annoyed having to open my TiVo viewing of something we want to watch by seeing snippets of crap we don't want to watch in the form of 60 Minutes, a show that I feel has absolutely no newsworthiness or cultural significance at all. Why is that show still on the air? Somebody please pull the plug already.

Rogue
Why is part of me morbidly fascinated about the pending release of Sarah Palin's memoirs, Going Rogue: An American Life? Am I doomed to damnation if I read it? Could my damnation be any worse than it already is having forced myself to read an Ann Coulter book as I did a few years back?

Funny thing... I couldn't remember Coulter's name for whatever reason. So I Googled "conservative freakshow blonde pundit" and, lo and behold, a link to a CBS news page about her shows up first in the results.

I'm off too work. Enjoy!

And I was worried for my hair...

Sep 29
I finally did it. I finally signed up. I bit the bullet, mustered up my courage, and just did it. What now, you might ask. I signed up to participate in a St. Baldrick's fundraising event. For those of you... 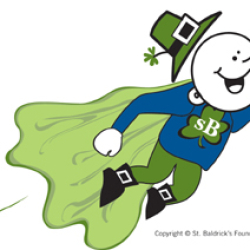 Oct 6
I started my turn with the Citizens Fire Academy last night. This is truly going to be a blast. Over the course of nine weeks, we are going to be trained with SCBA gear (Self-Contained Breathing Apparatus; yes, very similar...

DID YOU SAY NEW FOO FIGHTERS??!! *ahem* Excuse me while I run to check this out...

Oh Kevin. And here I was about to commend you for another worthy music recommendation when you had to go bash 60 Minutes. I will wholeheartedly disagree with you. It is one of the absolute best, most thought provoking and thorough news programs out there. Sure it stems from an era when journalists actually did research and interviewed more than one or two people. But, fuck, (yes, you made me say fuck), they do an amazing job. Don't go there. I'm warning you...

Danzig and The Cult sound similar in certain songs so I will leave it alone that you didn't know Mother was Danzig. BUT Danzig is one of my favorite bands ever. When I was in college I had 2 pet frogs named after guys in the band.

Oh yeah! My favorite band and considering the last I heard from them they
were going on hiatus, this is GREAT news.

I just don't see them having the same quality of reporting that they once
did. Them, like anyone in the news industry, has gone downhill. Not saying
there is better out there, don't get me wrong. And I can't stand the
banality of the guy that closes the show out. One time he sifted through his
utensil drawer at home and reported about all the crap he's collected over
the years. How's that news?

WOW! Talk about learning something new and unexpected every day. I never
would've pegged you as a Danzig fan but wholeheartedly respect you for it.
And I thank you for accepting my apology. Even listening to "Mother" now, it
does sound a lot like the guy from The Cult, doesn't it? Scary almost. The
thing was that as soon as I discovered it was Danzig (or "re"discovered, as
the case was), it was one of those palm-meets-forehead moments. Duh. ;-)

I looooove the Foo Fighters!

What is really sad Kev, is that you are a music junkie with 58 gig of music, and I know not much about any music made after 1993 and I have over 80+ gig of music. Some of it I have never heard of and some that I don't even listen to. Out of that 80+ gig on my iTunes, I only have around 1,000 songs on my iPod. Sad I know.One of these days I will listen to some of it. Maybe find some new favorites.

I love both the Foo Fighters and women who SQUEEEEEE!

If I actually reloaded everything from my backup DVDs, I'd probably surpass
that amount. But my iPod holds it all so I just set it on shuffle and see
what I find. Great way to listen.

Damn.. this is a packed and filled snippet post for sure... not sure where to start.

Foo Fighters. I like this new song. It's mellow and easy going. I do prefer their harder songs (like disc 1 of "In Your Honor").

I've read only 1 Ann Coulter book: Treason. One word describes her books: contrived. I had no reason to read any others unless I believed in the nonsense she writes.

I wouldn't mind seeing that movie on the life of Andrew Wood. Recently seeing Pearl Jam this week, I found myself reacquainting myself with Temple of the Dog.

I'll have to look and see which Coulter book I read. I can't remember that
name offhand either. Heh. And while I too like FF's hard rocking stuff, they
do a pretty mean ballad and softer stuff.

Ooooh, I'll have to go get the new Foo Fighters. Didn't even know they had a new one coming out. Thanks mate.

My music collection is approaching 12,000 songs now. I've been re-ripping some of my older cds at 320kbps which has had the unfortunate side effect of making my (now sadly dead) 80GB iPod almost full.

Still, another reason why a new iPod purchase will be coming soon. Very soon.

LOVE the Foo Fighters. I think almost everyone thought that song was The Cult the first time they heard it.
I love Google results when you put insulting stuff in and find what you're looking for. I can think of other choice terms for Coulter...

320???? Holy crap. Can you even hear the difference on anything short of a
(fictional) Dolby Super Duper DTS Surround 99.1: Earth Shatterer system? I
feel guilty downloading 256 from Amazon. Like I'm overloading my computer
and Time Machine.

If you can think of other choice terms, then someone else has as well and
you should certainly test it out. Make a post about it. That would be
hilarious. The best thing about this one was that it was a Big 4 news blog.
I loved it!

(Need to look up that doc. You've seen Hype?)