Home Archives Profile Subscribe Links Rankings
We hear he is a wonderful wiz...
And I was worried for my hair...

Robin, Dave, and Adam (and perhaps others that I've forgotten to list) have done it, so why not? Here is our list of Big-5 network TV shows we're watching this fall broken down into several categories.

For the record, "our" and "we're" refers to "Katie and me," not some split-personalitied version of myself.

Returning Shows That Are On the Fence

New Shows We'll Give a Shot
I did mention at one point about how there wasn't much Katie and I were looking forward to in the new season, but we've decided to give a shot to a few shows anyway. Let's see how it goes.

Bear in mind, this list does not include any midseason starters like 24, Chuck, and Flashpoint. Nor does it include non-standard-season cable shows like Psych, Mad Men, Burn Notice, My Boys, and Royal Pains, among others.

The Kapgar Reading Initiative seems to be working. Slowly, but it's working.

I have two new books that I'm really looking forward to reading: 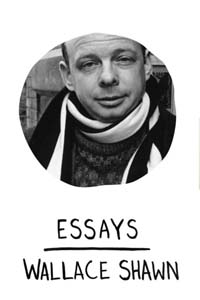 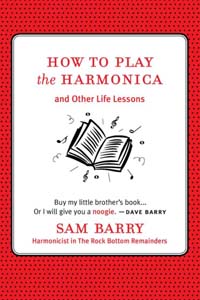 And I'm currently almost halfway through this book: 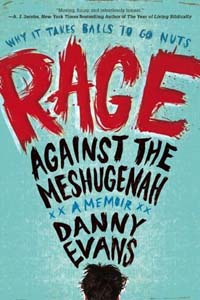 And I need to write a review of this book that I finished over the weekend: 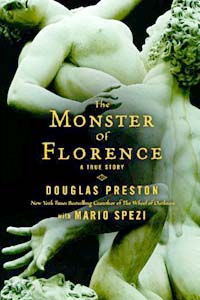 Added together with the other three books I've read and reviewed in the last couple months and I'd say that's pretty good, right? Well, better than the nil reading I was doing before that anyway.

It's strange to me that almost none of my must sees are on your list, and I don't watch any of yours. I tried to watch 'Big Bang Theory' and just couldn't get into it. I watched the Brit version of 'The Office' way before it showed up here, and this one is such a letdown for me from that one. And I have nightmares after watching 'Mary Poppins', so how can I even begin to watch 'Dexter'?

Must sees for me:
House - lurve me some Hugh Laurie
Bones - took me a while to warm up to this one
Castle - Nathan Fillion, what can I say?

Most of my others are of the cable variety:
Leverage - time flies when I'm watching this one, it's never boring.
Psych - I love that they have a sense of humor.
Burn Notice - Never know what's coming next.

How strange is it that I kinda love The Vampire Diaries? I think it's the Thursday show that I look forward to the most these days but maybe that's because it's new and I don't want to smack any of the characters yet? I think that Ian Somerhalder makes the show.

Also, Grey's better perk up a bit because I wanted to slit my wrists after last night's show. It wasn't even that great and there were so many damned commercials!

I am soooo disillusioned with television. I tend to watch more movies and only a few shows I will catch on demand. However, I LOVE Monday nights on CBS. Big Bang and HIMYM are my absolute favorites.

I am impressed with all the reading you are doing. I have three books started in three different rooms. I'll finish them....someday....

I totally forgot about Christine, I love the show, all around. However I love Matthew the best. I really like Modern Family, I laughed out loud several times. Especially the father who thinks he's "hip."

Oh g*d, it's bad enough I had to admit I'm a music idiot. Now, I'm about to admit the same thing about TV. Other than the Monday night CBS line-up (Sweets' favorites that I've grown to love, too) and giving Cougar Town a shot (laughed more than once during the first show), I watch ZERO of the shows you have listed. Yet, we manage to have the TV on all. the. time. Hmmm....

Oh crap! I forgot to put Castle on there! We LOVE that show. House we've
been watching on DVD and we're going to keep it that way. Good off-season
show to catch up on. I couldn't get into Leverage. Tried the first couple
episodes last season and didn't dig it. Must've gotten much better after
that because everyone loves it.

We haven't watched Grey's yet since Katie still hasn't watched last season's
finale. Can't miss out on that one. Bummer that the premiere sucked, though.
Grrr... And Somerhalder owns TVD.

I'm discovering that having multiple books going at the same time kinda
screwed me up. I gotta avoid that. And, yes, Monday's rock.

Ed O'Neill is pretty good in Modern Family. Ol' Al Bundy trying to be hip
and cool. Love that part of it. And Katie and I both agree that Matthew is
the best on Christine.

What are you watching the rest of the time?

I watched Grey's last night and UGH. Then again, I was not a huge fan of the show to begin with.
When you find out how to watch Dexter without the premium cable, let me know! I guess I could go to my parents' house... nah.
Don't even start with books. I have been reading this Highlander series, which is cool, but my friend insisted on me reading them, and OMG. Each book is like, 1000 pages at least, and even though I like it and the whole premise, I had no clue there were 6 of them to start with, and a new one comes out this month! I'm on book 5 and ready to scream, but no way am I stopping NOW, you know?! (And they're actually really good but they are a bit detailed, so I've started skimming...)

I didn't really click with Community. But Glee is DEFINITELY topping my list. I have set my dvr to record some of these new shows but some of them might get cut. I don't really have the time to watch them all anyhow.

I do love the Old Christine show and Mentalist. So I differ on those with you, but I do love me some Criminal Minds and 30 Rock. I'm really on the fence with a lot of the new shows that have come out. They don't look that good. And I'm SO with you on the medical dramas. They are just over done now. Can't stand seeing another one.

Oh have you checked out The Forgotten on ABC? I actually liked the first episode.

wow. Looking at your list, it makes me wonder what the heck I watch all the time on TV. Guess Jackie dictates most of the TV. Greys, Vampire Diaries, and then I have to suffer through idol and sytycd. I am a Monk, Psych, Burn Notice, Bones and House kinda guy myself. With the occasional Hell's Kitchen and Food Network Fair. Apparently a lot of shows I am missing. I gotta stay in more I think.

I was really hoping someone would say "INCONCEIVABLE!" Thank you! I watched
the first episode of Glee (actually we both did) and we were so-so about it.
Then we missed the second episode and we're not really heartbroken about it.
And we like musicals usually.

We're ticked about Chuck, too. But I guess we can't complain too much
because at least it's coming back. Could've been canceled. That would really
suck. I've heard of The Forgotten. Is that the new Christian Slater show?

Actually, we are looking forward to cutting a bunch and, based on what we've
seen and heard so far, that might not be too tough to do. ;-)

I absolutely cannot believe that Real Housewives Of Atlanta is not on your list. My girlfriend turned me on to it. Trainwreck TV? Of course. But like a trainwreck, you can't look away.

I'm really looking forward to seeing what they do with V.

I've never heard of that one. I know Orange County. They have one for
Atlanta? How many more are there that I'm (happily) missing?

You didn't like Community? I thought it was the sharpest show out there. Then again, you do like Big Bang Theory, so that shows that your tastes are a bit . . . skewed. Heh.

Bite me. ;-)
Community is just doing nothing for either of us right now. Joel just
doesn't feel natural doing this, and we're both completely annoyed by Ken
Jeong. His shtick gets old real quick.

There is a show out based on The Witches of Eastwick? I'll have to google this shit and maybe check it out because I loooooved the movie. I have no high expectations that it will be anywhere near as awesome as the movie but still.

NCIS is a badass show.

Where the hell is Glee in this line up?

We tried watching Glee and didn't really dig it. But everyone keeps raving
about it so maybe we'll play catch up on DVD next summer.