Three to get ready...

So lemme tell you about our Saturday.

Actually, before I tell that tale, I have to take you back a few months. Remember back in September, I regaled you all with my failed attempt to acquire the signature of Lance Guest, star of Million Dollar Quartet and one of my childhood heroes for his role in The Last Starfighter? About a month after that post, I received the following e-mail:

Hi Kevin:
I'm the Company Manager for Million Dollar Quartet and I saw your blog on the failed mission to get your Last Starfighter DVD signed.  Lance is back in the show on November 4th and I'd like to offer you tickets to come back. Lance would be happy to say hello and sign the dvd after a show.
You can email me directly to set up the signing.
Best,

I wasn't quite sure what to think. Maybe this blogging thing does have unintended and positive side effects or maybe it was someone pulling a prank on me. I e-mailed her back and we continued the conversation for a while culminating on Saturday night when Katie and I drove in to the Apollo Theater and saw Million Dollar Quartet (me for the third time, Katie for the second) and, afterward, met Lance Guest and he did this for me... 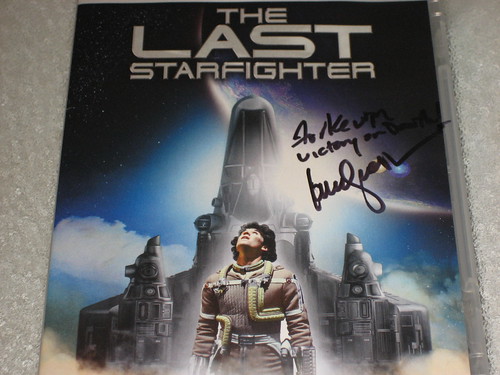 It's signed "For Kevin, Victory or Death, Lance Guest" Rawk!
Oh, and this is also my Photo365 Day 4 picture. 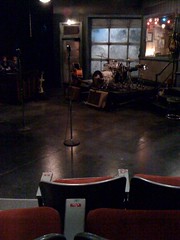 First, I have to thank Marcie for reading blog posts about the show and discovering what I had to say (other than not meeting him after the second show, everything I said was exceedingly positive and I stand by that) and working with me to get to this show. She was incredibly patient and ridiculously cool. And she got us great tickets in the third row off stage left (see photo at right). We were so close we could see the microphones hidden in their hairlines. Plus I have to apologize for being a bit awkward the first time we met up. She found us before the show and I was caught off guard mostly because it was one of the only times someone has come up to me and said something along the lines of "Ah, I knew that was you. I recognized you from your blog." So, yeah, I was stumbling a bit. Sorry, Marcie.

Second, I have to thank Lance for being willing to meet me. After putting on a very high-energy show for nearly two hours and still coming out afterward to say hi to a geeky fan? Well, that's just plain cool. Then he signed the DVD cover with the Rylan war chant "Victory or Death!" And he stood there in the lobby talking to us for five or so minutes. He even dubbed us "Tet Heads" because of how often we've seen MDQ and our expressed desire to see it again sometime after its Broadway premiere in April.

Third, again, if you're in Chicago and have a chance to see Million Dollar Quartet, we both highly recommend it. We found another friend of ours yesterday at the gym who said that he's seen it three times as well and loved it every time. Plus, if you're in NYC, it opens on Broadway in April. You can catch it there. Not sure what the cast will be just yet as both the NYC and Chicago shows will be running concurrently. But check it out.

Yeah, it was a good night. One that Katie and I will enjoy for some time to come.

Posted in Me & Mine, Photography | Permalink | Comments (12)

No matter how I rant at you, you never let me be...

Jan 8
A couple of quick rants to chime in the weekend. Bear with me. Oh, and there might be some swearing so, if you're easily offended, go to some happy place on the Web instead. Netflix and Warner Brothers Word has...
Next Post

Whenever this world is cruel to me...

Jan 12
I just finished watching The Boy in the Striped Pajamas. First off... amazing movie. I love stories about World War II told not from the standard soldiers-at-war sort of point of view. Know what I mean? If you haven't seen... 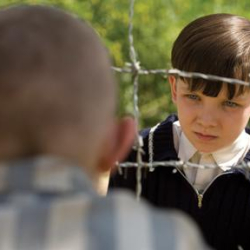 One can only hope! That and to have a Gunstar to facilitate the daily commute?? Think about it... afternoon rush is nothing with the Death Blossom!!

I've seen "The Last Starfighter" several times but had to Google Lance Guest to see what he'd been up to since then. Much like Peter Billingsly, he's been in a lot of things I've seen, I'd just not recognized him.

(Having said that, I'm claiming TV/Movie bonus points for recognizing a younger Uncle Leo in Kelly's Heroes this past weekend.)

Uncle Leo??? Wow, you definitely get points for that one!

Dude - that is completely kickASS!!! Yay!
And, so... I guess I need to blog about my undying love for Dave Grohl and that I would do ANYTHING for him, in case he reads it?!
Yeah - I don't think it would work, either. Dammit!

And he was really cool in person, too. He told me that the interview he did for the 25th anniversary DVD was recorded right there. He was cool to meet. Much like I had built the experience up to be. Glad I wasn't let down.

Now that guy is a class act. How cool for you!!