Home Archives Profile Subscribe Links Rankings
Where they hit the rocky shore out by the lighthouse...
Just acting like we're animals...

My favorite U2 song ever.

Well, last week was "under." This week is "over." Kinda weird that I take a themed blogging day and break it into subthemes, isn't it? 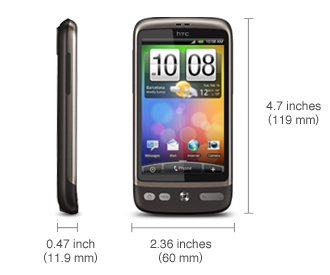 -expectant
A friend e-mailed me with the information on the new HTC Android phone that AT&T will be carrying is the HTC Desire. It's supposed to be a slightly upgraded version of the Google Nexus One and without the Google branding. It's such a pretty phone. It seemingly does everything I hope it would do. I just am unsure if it has a physical keyboard or if a touch screen is the only option. We will have to see. But, for now at least, I'm drooling.

-exposed
I'm still freaked out about this. In Pennsylvania, a school district that gives all their students a MacBook, activated the built-in iSight cameras and observed a 15-year-old student doing something deemed "improper." He got in trouble as a result. But, when confronted by school officials, they showed him the photo of him doing whatever he did and he recognized it as being taken while he was at home. Now a class-action lawsuit is being started up because what the school did may violate federal and state wiretap and computer intrusion laws. This is nuts. I'm sorry, but this is just wrong. God only knows what I might have been caught doing in high school. Yikes!

-reaching
And then there's the kid that got a five-day suspension for his "I hate my teacher" page on Facebook. Some people are claiming that the kid was at home and was entitled to do whatever he wanted on his own time. I'm on the fence about this one. The ACLU or some other group claims that this is no different than talking to friends outside school or on a phone or whatnot. But, in my estimation, it's exactly the same as if the kid wrote a note on his own time and sent it to his teacher. If s/he felt threatened by the note, even written on the student's personal time, the school has every right to act and remove the student for the teacher's safety. Add to that the fact that a couple dozen fellow students became fans of the page and that would potentially add to the perceived threat level. At least that's what I think. You?

-stretched
Last week, I was introduced to a killer yoga pose called the Pigeon Pose. I was actually able to go full stretch on that one and hold it for a few minutes. It was a great stretch. But, of course, my legs were killing me for the next couple days until I did the stretch again and all returned to normal. But this is the closest my body has ever come to doing the splits. Bear in mind, although I did do the forward fold, I didn't go full One-Legged King Pigeon or anything. I'd like my body to not hate me entirely, thank you very much.

-dunn
This whole "under/over" subtheming reminds me of the crew introduction sequence in Airplane!

Thank you for mentioning the Facebook page teacher thing and the web cam controversy. I wanted to ... but I was so upset by those, I would have had blog post that would have been long enough to be published as a novel. But, as they say ...leg 'er down a smack 'em yak 'em!

Personally, I don't think the teacher was in danger (then again, other than the thing shared on reader I haven't read more on the story). Had it said, "I hate my teacher and want to kill her", well - okay. Or if many subsequent comments said something about killing her, then.. okay.
Of course I'll look more into it AFTER I comment. I'm smaht like that! :)
The Pennsylvania story freaks me out, too. WTF? Damn, Big Brother, much?
Both those stories freak me out and are related, I think.

I meant related as in, both deal with personal things and blah, blah.
Dammit. No more drinking and commenting for me. Ever!

I had a comment but then I had a look at the one-legged pretzel pose... ouch.

In my mind the difference between Facebook and writing something in a notebook or whatever is that Facebook is public and easily accessible all over... so in my mind it's not the same thing.

Um, who says that and is English their primary language?

Awwww, but I like when you CUI (Comment Under the Influence). Yeah, so far as I know there was no threat against the teacher made verbally (or typed, as the case may be), but the idea of more than two dozen students banding together to say someone sucks... well that can't end well.

I'm kind of disgusted to hear that school systems are using cameras on personal computers to monitor their students. Period. I don't care if it's during school or outside of school. It's Big Brother and really disgusts me.

And the whole Facebook thing. If it was threatening, ok, I get why that student should be punished. But, what happened to freedom of speech? Aren't students allowed to hate their teachers? I don't see kids going to jail for hating their parents. You know?

The camera thing is just wrong, period. As for Facebook, that's why I said I was on the fence. We don't really have enough details about what exactly was said. We know there was a page and about two dozen fans. We don't know the specifics of what he wrote or what comments were left by the fans. Sure, an opinion is fine. But, to me, it almost becomes a mob mentality with the fan aspect and, being the husband of a future teacher, I would be a bit scared of what might happen. Yes, that's a lot of speculation on my part and not fair to automatically attribute it to this kid not knowing his true intentions, but still. I'd worry. The thing I remember best about my school years was our willingness to do or try just about anything with little to no regard for the consequences. We were young and invincible! Thankfully we never saw where that level of daring peaked out.

That's part of my concern as well. Being so public can incite the masses, as it were. It's almost less about what was intended by starting that Facebook group, then what it may become as a result of its existence. You get some twisted people in this world.

So you gonna try that pretzel pose?

The laptop/camera thing is wrong on so many levels.

the jive guys in Airplane. I know a stretch but ...

I'll have to make sure I leave the front door unlocked so EMS can get in...

Better yet was Billingsley dishing the jive right back.

That would definitely be recommended.

"Desire" is a great song, From that same album is my favorite U2 song ever: "All I Want Is You"
http://www.dailymotion.com/video/xmmyh_all-i-want-is-you-u2

I just got a new phone this week (a Palm Pre), but I seriously considered the HTC Hero (an Android phone from Sprint). The interface and everything about it seemed really cool.

HTC has been making some seriously cool phones. And I like that they're bringing one to AT&T so I don't have to drool over all the cool Sprint and Verizon phones all the time.