Home Archives Profile Subscribe Links Rankings
Because I wanna...
And your chicks for free...

It was a beautiful day...

Katie and I did just that yesterday.

We spent pretty much the whole day in downtown Chicago doing things that we'd never done together. And we had a blast doing so.

[Facebookers, you may see a couple photos embedded in this post, but there are also a few photo slideshows you won't see until you click over to my blog]

We took the train into the city and walked on down to the Sears/Willis Tower. Katie had never been there and I haven't been there in years. And now they have the Ledge that we just had to see.

Next, we hiked our way down to the Shedd Aquarium. I probably hadn't been there in 20 years and Katie had never been there either. Again, a blast!

Finally, we headed up north to the Lego Store (this one we had done many times, but had to again just for kicks). 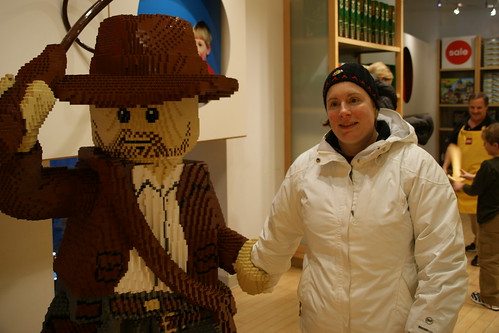 Lastly, we went out to the United Center for the Chicago Blackhawks v. Phoenix Coyotes. Sadly, the Hawks lost in a shootout, but it was still a fun game.

And we need to thank Katie's brothers and the future SiL, Scott and Steve and Becca, for the tickets which were Christmas gifts.

We need to hang out in Chicago more often.

But I can guarantee Norman will be downtown a lot. After all, he's got some comrades to liberate. 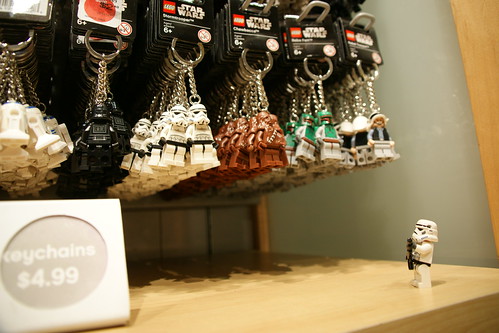 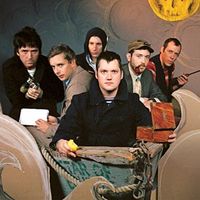 Last year, it was The Flaming Lips headlining the final day of Pitchfork that "did it" for me.

This year, the first night of the 2010 Pitchfork Music Festival will feature Modest Mouse.

I will be there.

I must be there.

If it kills me.

So far, the other two days look decent. But I can only guarantee that I will be there on Friday so far.

Anyone else want to go with me?

Norman does have a look of longing on his face.

I'd like to visit a LEGO store at one point.

They are fun. Been to three of them: Chicago, Woodfield Mall (Schaumburg, IL), and Mall of Americas.

So jump in your Invisible Jet (tm), WonderWoman, and get your keester out here.

The aquarium is one of my favorite Chicago spots. Actually, I love that whole area - the planetarium and the field museum and everything. One of the best memories I have is a weekend spent there.

Oh. I finally have internet access at home. Which is where I'm typing from now. Another snow day in Iowa. Any ideas for setting up my blog?

I saw Modest Mouse a few years ago. AWESOME concert. Talk about a group that has great energy when they play live. You won't be disappointed.

The only thing I can tell you for sure is to start with a free blog like wordpress.com to make sure you enjoy doing it before you invest any money. The aquarium was a lot of fun. Expensive, but fun.

Sweet! I love all their music. Got eight albums worth. Can't wait to see them live. Guess I should buy the tickets, eh? ;-)

I loved those photos. The view from the Sears Tower is amazing. To me, it will *always* be the Sears Tower. I can't even bring myself to call it anything else ;-)

That ledge at Willis/Sears - could you see straight down? You couldn't pay me enough to do that!

Check the Sears Tower shots very carefully. You might see a little friend.

Straight down all the way to Jackson St. Quite alarming. I'm terrified of heights but still went out there.