Even as I left Florida...

I think I shall tackle the post about our recent vacation to Florida all Clint Eastwood style!

As I arrived home tonight after work, I noticed a little bird fluttering around near our front door. I walked up there and, in a flight of fear, just started flapping everywhere and wound up running into walls and doors and everything you can imagine.

For his own good, I tried to shoo him away from the entryway and into the wide open outdoors. Instead he flew into my garage and would not (or could not) leave. He kept flying into the walls or into the side of my truck or flapping like mad against the bottom edge of our garage door. At one point, he clung to the door and hung upside down like a bat.

I finally got him outside, but couldn't help but wonder if he was blind or if it was just severe fear and confusion. I wasn't sure what to make of it. 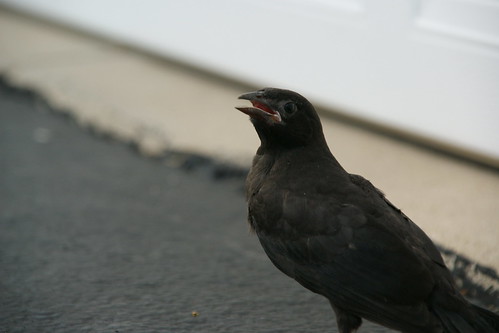 I never needed anybody's help in any way...

May 24
Here I am setting deadlines even I cannot keep. Oh well. At least I finally got them posted. And they were taken between the valid dates. I have taken my three photos for the week and here they are... "I'm...
Next Post

May 26
Well, it's been a few weeks, but I now present you with the triumphant return of Snippet Wednesday! Walk My buddy from across the pond, Dan of All That Comes With It, is involved in a pretty ambitious fundraiser called... 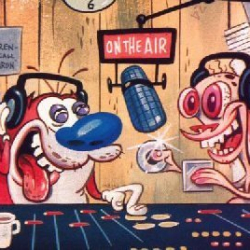 Sometimes, it doesn't matter what you're doing. Getting away from home and the responsibilities that come with home can be the very best vacation. Sounds like you did a great job of unplugging and really enjoying your time with Katie - score!

Stroller ARE bullshit. What's worse is how parents act like they have the right of way, just because they HAVE one. Um, no one told you to get knocked up 3 times in quick succession, bitch!
Ahem. Clearly, I agree with you on that point.
:)

I think the best vacations are certainly those that truly get away from it all. No laptop. No phone. You do feel thoroughly refreshed from it.

It's amazing how well that works, isn't it?

Poor little guy. I hope he is okay. Steven said there was a bird in our garage yesterday, kind of confused too.

Ugh. I am sorry it was so hot! But it sounds like it was nice to unplug. How do you work the Disney system to get free water?

Playibg the Disney system isn't that big a deal. They don't advertise
that some places will give you free tap water and ice, but they do.
And considering how much bottled costs and how bad fountains taste,
it's worth figuring out which ones do to quench your thirst and save
several bucks.

I have a hard time going on any trip - personal or business - without some way of staying connected. Even personal vacations, I have a phone and a laptop. I am going to take a trip soon where I do leave the laptop behind and only take my iPad. Granted, that's not being completely disconnected, but at least it's an attempt to take less.

As for the Sirius/XM radio in the car, Lithium channel 24 is pretty cool. Mostly 90's music and hardly ever a repeat of a song within a few days. I've had Sirius in my car for almost 5 years now and love it. So great to travel with on road trips. Also nice in the city when regular radio plays too many damn commercials.

Yeah, it was hard to return to commercially sponsored radio. Very hard. As for connectivity, I would love to have and travel with an iPad and would totally do that. Hell, it's the same power cord as Katie's iPhone and our iPods, so no extra cabling would be necessary. And with that camera card reader... oh boy!