Fight to get it back again... 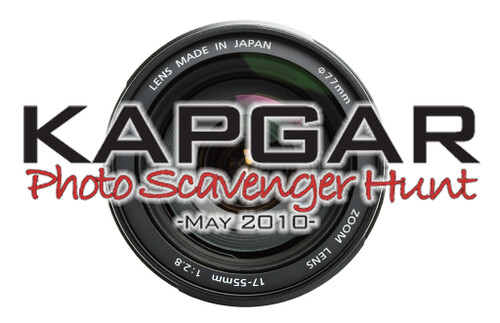 From some of the comments I've received, this week's challenge wasn't as easy for some as it was for me. I'm really sorry about that. Honestly. The lyrics struck me as more straight forward than before. Oh well.

I have taken my three photos for the week and here they are... 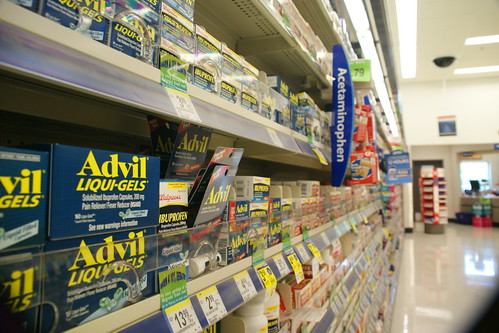 It might've been more effective if there was some over-the-counter Vicodin to take a shot of, but that's not quite OTC yet. So you'll have to settle for Painkiller Alley at a local Walgreen's. 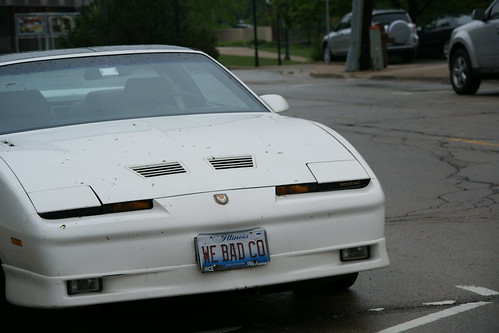 I swear this was not planned. I did not pick this lyric because of some advance knowledge of the car. I just drove by without thinking about it, then my brain kicked in, so I stopped and reversed so I could snap the shot real quickly. Honestly, if it were planned, it would look MUCH better than this one.

"When something's old, I wanna put a bit of shine on it." Pearl Jam, "The Fixer," Backspacer 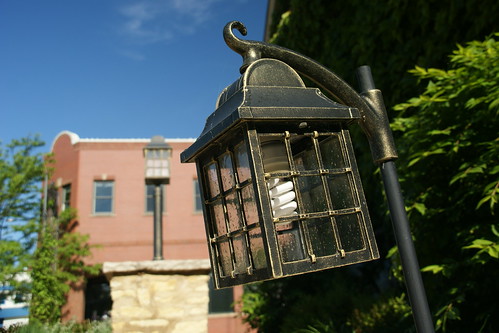 This is an old, worn-down garden lantern outside the Herrington Manor hotel in downtown Geneva, IL. I liked the idea of the old lantern and the modern CFL bulb.

Week two is done! Woo hoo! Stay tuned for week three, coming soon to a blog near you!

He's gonna be your Frankenstein...

I like the old/new going on with the lantern as well, & GREAT find on the license plate!

I couldn't believe my luck with that plate. Blew my mind. And I almost kept driving not thinking anything of it. Thanks on the lantern.

I thought about something similar for Dr. Feelgood. Overall this week was easier.

I love the lantern one the most. :)

I never got to see this PJ tour. It's been several years for us.
Yikes. Time to remedy that one!

They seem to be having so much fun out there... amazing show. (My sort of review will be posted on Monday.)

Week two is done and I'm still MIA. Maybe I'll feel more inspired after I take a photography class this weekend. =) Until then, keep on fighting the good fight - I'm enjoying this here project!

Their attitude does seem to have changed with this last album, doesn't it?

It sure does. They seem to be having fun again.

I love the lantern shot as well. Lucked out on that Bad Company shot!

This week's are up so go for it!