I've been doing this blogging thing for a little more than five years now and if there's one thing I have not figured out, it's how to determine what's going to constitute a good post.

I come up with a post idea in my head and it sounds great. I type it up and I read through it and it comes off as the kind of extreme that I'm aiming to achieve be it highly humorous or rage inciting or emotionally edgy. Whatever.

Then I hit "submit" and zilch.

However, there are many posts that I consider to be not so great. Topics I want to write about and feel the need to post about, but, when I finally write it up, I hate how it sounds. And yet, it is so well received, you'd swear I was gunning for the webby equivalent of a Pulitzer.

This happened with my anniversary dedication to my wife. I really wanted to write something because, well, it was our ninth anniversary and I love my wife and I wanted to let the world know how I felt. But I just could not find the words to express it. In the end, I typed something right off the top of my head and I hated it. I really thought I could do better.

And everyone loved it. Commenters on the blog, commenters on Facebook... hell, my mother-in-law told me it made her cry.

Has anyone figured out this crazy little thing called blogging?

When someone tells you that something is not one way, the assumption is that it's the other way, right?

For example, if someone says that something is not good and doesn't specify any further, then it's bad, isn't it?

I was listening to the radio on the way home from work tonight when a new song by the Old 97s called "Champaign, Illinois" came on. The chorus of the song is "You will not go to Heaven; you'll go to Champaign, Illinois."

In my mind, that means that so far as Rhett Miller is concerned, Champaign is the equivalent of Hell. It seems like a totally viable assumption to me.

So I guess I can add Champaign to a growing list of places I should stay away from in order to protect my mortal soul. This list also includes the entire state of Iowa if Kevin Costner's response to Ray Liotta in Field of Dreams follows the same logic. 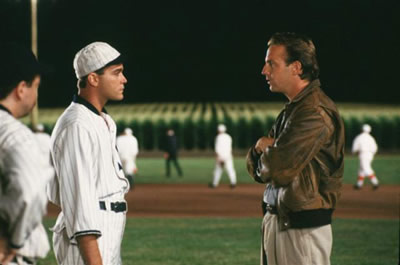 Liotta: "Is this Heaven?"

Think of it in mathematical terms if you must... Iowa does not equal Heaven, ergo Iowa equals Hell.

Oh, and somehow I doubt this little TUA will wind up as one of my more well-received posts. Heh.

Oct 20
Happy Snippet Wednesday and Happy @kapgar Day! Cobaxl Steven Hyden of The Onion's A/V Club wrote a fantastic piece on the long-running feud between Axl Rose of Guns 'n' Roses and Kurt Cobain of Nirvana during the transition period from... 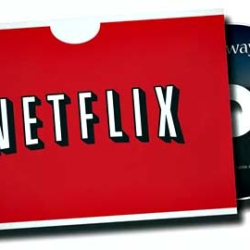 Nothing stays the same...

Oct 28
I'm so relieved I survived the pseudo Storm of the Century. I know it knocked down a lot of trees and temporarily knocked out power on a pretty small scale, but, otherwise, it was pretty weak. A lot of huff... 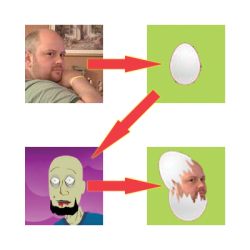 If Rhett Miller says it, it must be true.

Let it be said, let it be done... Iowa and Champaign are Hell.

The implication behind the Iowa line in 'Field of Dreams' is that Iowa is much BETTER than heaven. I know this to be true!

When I had my Pink Bunny Foo Foo blog and wrote about hating my body, weight loss, sucking at weight loss, my struggles with body image and food, therapy sessions, workouts, food diaries, weight watcher's, etc. I got 1000-2000 views a day, very heartfelt emails, comments, snail mail, etc. People related to the personal struggle stuff. Now that I have the foodie blog and cooking and recipes have become my passion, very few comments, readers, etc. My closest friends don't event comment or read on a regular basis. I don't understand the lack of support, but I do understand how much happier I am. Not sure I'll ever understand the blogging world and I'm ok with that.

I was thinking the exact same thing about topics and how I feel about what I write. Granted, I don't have the readership you do which is what really surprises me sometimes on the number of views I get on something that I think was a throw-away topic. Maybe I should do more of those instead of waiting until I have actual inspiration.

Considering my recent precipitous drop in hits and subscribers, I'm not even sure I have the readership I did. ;-)

I think the only time I had that kind of readership was when I had guest posters. Sad.

I think that's what they were gunning for, but clearly they missed the target. ;-)

If one of the ways to get high readership is by creating drama, having giveaways and pimping yourself, then I'm cool with loyalty and low readership. I've met some incredible people through both blogs and that matters to me more than going from 1000 readers a day to 100. Just keep being you, you're a great writer and your blog reflects that for sure.

Yeah I've often wondered if that was the most reliable way to go about it. I do have a review and contest planned for the future but I also don't plan to make a habit of it. Thanks for the compliment, BTW.

I totally haven't figured it out. Some of the posts that took me some time to think of, write, proofread, and be really happy with get like one comment (if that). Some others that I throw together without any thought or abandon get 18 comments. So I'm with you, I don't get it at all.

So now I don't sweat it at all, I just throw everything at the wall and if something sticks, it sticks ;-)

I should start doing that again. The whole stick to wall thing, that is.

I think things sometimes off the top of your head are simple and succinct - maybe more relatable? I have no idea. But the anniversary thing was sweet and from the heart - but not icky - so that's always nice to read. :)

Lower Burrell, Pennsylvania is also Hell. Maybe Hell purgatory, even. Or, it was about 15 years ago.

I've been at this thing a while, too, and have yet to figure it out. My biggest #'s came as a result of guest bloggers. I've stopped trying to understand it.

Thanks! And what happened 15 years ago?

Same here. Biggest numbers were with guys like you and Dave blogging here. I hate you. ;-)

Stay out of St Louis, too. Trust me.

I hear a story. Do tell.

I believe that blog posts with a lot of emotion, whether it's a rant or an expression of love, seem to connect with others more. That's why your anniversary post is so popular, it's not about how well-written a post is, but what is behind the words.

I also believe that poop joke blog posts can be popular too. Take what you will from that.

So, next tear, my post to my wife should include poop jokes?

I agree with Gary - if people can relate, they'll reply. I am always surprised if I get ANY comments! I think it is because I comment on so many blogs though (during my commute and sometimes downtime).

Honestly, I'm pretty surprised by any interest that I get too. But, now that I've got it, I don't wanna lose it. Yanno?

Sometimes heartfelt is the best. Who doesn't want to read about your enduring love for your wife? That's tissue-worthy!

Yeah but I also worry about oversharing.

Sure. Diversity in posting works.

My last post had 17 comments in less than 24 hours and I was expecting maybe 5. Yet some posts I put a lot of effort into get less than 4 comments. But then again, whatever I write is what I want to, so it doesn't matter how many comments i get. It's the fact that I wrote something.

I don't necessarily write for comments either (although this post may seem to say otherwise). But it does sometimes feel like a big sociological study this thing called blogging. Know what I mean?

I know exactly what you mean. A comment left is a solid indicator that the post was at least read, at least from a logical view.

And considering my RSS subscriber pool took an 80+ hit in recent months, I do dig on comments.