I wanna be elected, I'm your Yankee Doodle Dandy...

Hey, did you know a World Series happened? Yup. Apparently it started and ended all within the last week. It saw the San Francisco Giants defeat the Texas Rangers in five games.

Did you know? Did you care?

The Onion doesn't think so if this Tweet is any indication... I didn’t care much either.

I doubt many people gave a shake about it except, maybe, people in the Bay Area and around Arlington, Texas.

No, I take that back. Texas didn't care. It's still high school football season down there. Baseball dies once the pigskin shakes away the dust of the offseason.

So that leaves the Bay Area.

Wait, I think I should even subdivide that a bit. The Bay Area residents that aren't fans of the Oakland Athletics.

Oh, and then there are those former Giants fans that are still jaded by the shadow cast over their team by Barry Bonds and his alleged use of performance enhancing substances. So, they probably don't care much anymore because they don't know who to trust in sports. I can't say I blame them.

Yeah, that should do the trick.

So, to the 742 fans that actually cared, I congratulate you on your team's victory! Kudos!

Speaking of sports oddities, the Minnesota Vikings canned Randy Moss either late yesterday or early today. This was a guy they just picked up from the New England Patriots on October 6. He played in two, maybe three, games (depending on when their bye week fell) before being declared a failure and being cut from the team.

I'm really not sure how to interpret this. On the one hand, I feel like Moss wasn't really given a fair shake. Less than a month with a new team is not nearly enough time to adapt to a new playbook and a "new" 42-year-old quarterback whose play this season has been middling at best. On the other hand, it's reported that it could be disciplinary in nature. But we all know what Moss is like. Hell, the Vikings unloaded him a few years back because of his bad attitude. So they knew what they were getting by bringing him back on the roster. If they thought that had changed, well they were just stupid, weren't they?

I think the only thing that truly surprises me is that Moss hasn't already regifted the Twin Cities with his twin cheeks again.

Today is election day and I still wasn't entirely sure who I was voting for in some races until I walked up to the polling station.

There were two guys I knew for sure that I liked and I did vote for them both without hesitation. But several others I was still in the dark about. No, it wasn't from a lack of knowledge about the candidates and their platforms. Hell, the more you know, the less you like them both in all honesty.

The question now is, did I place my trust in the puppies?

My name is Kevin Apgar and I approve this blog post.

Are closing in to seal your doom...

Oct 31
As I start to see some junior monsters begin to run our neighborhood, I just wanted to take a quick moment to wish you all a Happy Halloween! I hope your own mini ghouls make out like bandits and give...
Next Post

Nov 11
You know what? I'm not going to call this a Snippet Thursday: The Reckoning. Nope, not this time. I'll just call it a Belated Snippet Wednesday. Does that work for you? Takeover There are groups of people out there who... 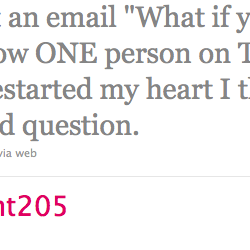 RE: Moss...being from MN, I've heard plenty about this...

After Sunday's game he held an impromptu press conf., in which he ripped the Vikings for not listening to his ideas about how to scheme against his former team, and then heaping praise on those Patriots. Apparently Childress wasn't pleased and decided to get rid of him.

I'm torn on this too. Childress is a tool, a terrible coach and should've been fired long ago. But Moss has always been a petulant, spoiled child. Plus, Moss has exhibited very little on the field, and has basically played "when he wants to". Honestly, good riddance to him. Hopefully, Childress is the next one to be shown the door.

I heard about the press conference and found that odd to say the very least. Who does that? Oh wait, Randy Moss. My question about his play, though, was did he not try and wound up muffing a bunch of passes from Favre or did they just rarely to never get the ball in his general direction? I haven't paid close enough attention to know for sure. I still maintain, though, that the Vikings knew what they were getting by signing him in terms of his attitude. They asked for it.

At least Moss was honest during his press conference!

Voting today was rough - it was like, "Which of these candidates is less of an asshole, airhole spewing bullshit?", and really- aren't they all?
I did vote, though!

As a person from the UK I can honestly say that I didn't understand how important the World Series was until it was reported on BBC as some kind of indicator of how today's Election would go. Apparently if the Rangers won then the Republicans were going to sweep the board or something.

But I'm still not really sure what sport it was anyway?

And I'll be honest the only thing I know about the election is that Linda McMahon has spent $50million trying to be the next senator of... Nope it's gone again.

But voting is good!

I missed Sunday's game completely, but the other games I watched, Moss could've been targeted more, then again there were times he didn't try too hard to get open...Favre also overthrew him numerous times, so it was a combination of things.

As far as his attitude, all reports were that he was a good boy in NE, he had grown up, yadda yadda. The only reason he was a good boy is that there are plenty of leaders over there who would've kicked his ass if he pulled any funny stuff.

I agree, the Vikings asked for it.

That seems pretty accurate of all elections.

Yeah, I wouldn't bank on that as an accurate indicator.

Says a lot about locker room maturity of different teams, doesn't it?

I was waiting for someone to say that. ;-)

I was actually thinking how if this had been an ALCS fight between the Yankees and Red Sox it would have gotten a heck of a lot more coverage. And if the Red Sox had gone on to the World Series against some other team, it STILL would have gotten more coverage. This WS was barely a blip on anyone's screen. (Uh, call me a bit biast but the Red Sox are still more popular than either of these teams.)

In more important news, VOTING IS AWESOME!!! It should be done more often.

You take that back about voting more often!!!! That would mean campaign ads on the air more often and it's bad enough now to make me want to go postal! ;-)

Baseball is one of the American sports I've never really gotten into. So no, didn't really care all that much about the World Series.

And thank goodness the election is over, if I ever hear another commercial in which the phrase "...and I approved this message" is uttered, it will be too soon.

It's always too soon for those messages regardless of when they start.

The world series is over? There was an election? Next thing you'll tell me is that you take photos of your LEGO minifig. ;-)

Taking pictures of LEGO minifigs? Who would do such a thing? That could only lead to something as ridiculous as making stop motion videos starring a clay snowman. Pfffttt!

I know you were probably just messing around, but down here in Texas it was Rangers fever. Our team had never won a playoff series in the history of the team, and a lot of people were pretty excited. Heck, this world series run even converted a lot of people who had never sat through an entire game into baseball fans.

As far as the Friday night lights and high school football thing goes, that's mostly for the small one horse towns that only have football and nothing else. We here city folk thumb our noses at all that, mostly because our teams aren't very good. lol.

Totally messing around. That and I'd just been watching The Rookie where they talk about the backseat that baseball takes to football in Texas. I'm sure you all were proud and I would be too. But just fun to pick at how low rated the Series was overall. ;-)