Home Archives Profile Subscribe Links Rankings
Where the children of tomorrow share their dreams...
Dream until your dream come true...

The day the music died...

I've been trying to whittle down my online presence a bit.

No, I'm not bailing out on all of you. I just feel that with years of experimentation with different online and social media services, the time comes when you realize you've gone too far. Your name is everywhere with this registration and that service and this site and that... well, you get it.

So I've been picking and choosing those which I use most regularly and attempting to ditch out several others. 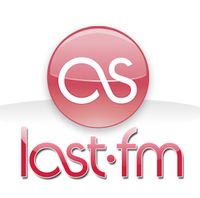 The one thing I hate, though, is when a service kinda craps out on me and, thus, forces my hand when it comes to stopping my use of it. The latest perpetrator is Last.fm, a music service that tracks what you listen to either live via online streaming and iTunes or by "scrobbling" the music you've listened to on your iPod after you sync it to iTunes.

Well, let's be honest here, I never really listen to music streaming or via iTunes directly. I'm just not on a computer like I used to be and I cannot activate iTunes at work. And, for some reason, Last.fm's desktop plugin will no longer track my iPod listens. In fact, the service hasn't recorded an update from me since the beginning of October despite constant use of my iPod and several syncs with iTunes. Even when I load iTunes, I get that nifty little pop-up from Last.fm telling me that "Scrobbling is enabled." And still nothing.

I guess I truly never used Last.fm the way it should. Well, not since I first started using it anyway. Sure, it's cool to find out that I have SUPER musical compatibility with Dave and Amanda and even Wil Wheaton. But I no longer try to find new artists or listen to the shows they broadcast.

So maybe it's time to part ways with my Last.fm account.

I received an update from Netflix today telling me that they were shipping Inception to me.

I've been wanting to see this to some degree for a while. Part of me was hesitant and that's why I never saw it in theaters. But now it's on DVD and the 28-day waiting period is done, so it's mine.

I Tweeted my excitement.

That Tweet almost instantly elicited a flood of rave reviews from my fellow Tweeps. More than a dozen people told me how fantastic it is. This excitement was only abated by one person who said it was "meh" only to take it back later telling me he was joking.

You know what this means, don't you? I'm going to hate it.

No, I'm not saying you all have terrible taste in movies. I just tend to get overinflated expectations and, today, Twitter did not make it any better.

It's truly my only hope for enjoying this movie.

I really just use it to track my own usage through the years. I've had several laptops and had to re-install things, so I can't rely on my itunes to tell me what I've listened to the most. I don't listen to a radio station or anything through it.

So we use it for the same purposes. I just hope I can get it working again. You ever have problems with the scrobbling?

I do that with movies, too.
And weird - I've also been deleting stuff. Thanks for the last.fm reminder!

Is that serving as a reminder to delete Last.fm or start using it more?

I was not overly impressed with Inception like everyone else was. It is fun to watch and greatly done, but... yeah. If a ton of people rave about something, I tend to think "meh" too. Just enjoy it for what it is. And decide before watching it if you want to really think about it or just go along for the ride.

I have to do a MAJOR spring cleaning of multiple things I am signed up for because of work. With online advertising/marketing, I am always signing up for some social thing or another to test/try/check etc. I think I have signed up for Second life 8 or 9 different times over the past few years.

We just bought inception and haven't watched it yet. I am a little leery myself so let me know what you think. I am not a big Leo fan but it sounds kinda cool and everyone else is watching it.

Last.fm has garnered me some great new friends, and that's what I love more than anything else about the service. Music is such an amazingly personal thing to everybody that finding those with the same musical tastes as yourself is like a litmus test to your compatibility with them as people. I have made good, good friends across the USA and in France, Brazil, Germany... even Iraq... all because of the bond formed by similar music tastes on Last.fm. In all seriousness, I could give up Twitter easier than Last.fm! It's sad to hear that technical issues are going to be the deciding factor in you dumping the service that demands so little (it's all automatic!) yet give so much... have you asked around to see if there's an update or a fix for the problems you are having?

I'm looking into an idea somebody e-mailed me soon after the post went live. We shall see how it works.

I can say I've never tried Second Life. Never appealed to me. And I'll let you know about Inception for sure.

Remember ... it is not because I wanted to try second life. I want to make that clear. And I am sorry you have the same taste in music as Wil Wheaton. Meant to say that earlier.

I liked Inception but not as much as the hype. The fight scenes are wicked cool though.

Noooooo! I've found more new music and friends via last.fm than I can count. Along with Flickr, it's one of my must have sites that I couldn't dream of parting with.

I mainly listen to music via my iPod at work and then sync with iTunes when I get home. The last.fm plugin then scrobbles the tracks happily. I've had some issues, usually when upgrading iTunes & forgetting to check to see if the last.fm plugin also has an update. A quick browse of the last.fm help forums has always given me the answer though.

Maybe give it a second chance? When you run diagnostics (Help -> Diagnotics) in the last.fm plugin, does it show your tracks as cached? Are you running the latest version of the plugin?

Maybe I needed to try making friends with random people like you and Dave are doing. I'm trying one last fix before calling it quits. I just hate how slow it makes my iTunes run.

Fight scenes in movies almost always are great. I can't think of many that are bad.

Hey. I dig on Wil Wheaton so I will gladly share musical tastes with him.

Inception was OK - although I found it a little cold and humorless.

I think I'd enjoy it more second time round with fewer expectations to be honest.

So you're a bit like me in that regard... Expectations kill it for ya, eh?

Hmm, something doesn't sound right at all, the plugin shouldn't make iTunes run any differently. Maybe try re-installing it. The plugin I mean. Windows or Mac?

Mac. It makes iTunes launch about double the time and has actually frozen my computer until I do a forced shutdown of Last.fm. Then all is fine. Weirdness abounds.

I have a last.fm account but rarely use it. My daughter loves hers and the scrobbling hasn't really had any issues with her, but she's still at iTunes 9.1. I wonder if it's an iTunes 10 thing. I've never downloaded that app to mine. Plus with work blocking most streaming, I tend to be all local for my music as well.

Waiting to hear how you liked Inception.

I hope to watch Inception this weekend. We shall see.

Inception has the dubious distinction of being the only film that has ever put both The Man and I to sleep. (Really asleep.) The Boy liked it though. In spite of this, we both managed to keep up with the plot. It looked good, I'm just not sure I see what all the fuss was about.

Last.fm really didn't do it for me. Alas.

Yikes. That's not a good thing at all. I still haven't watched it.