We're driving through the valley of the malls...

Several weeks ago, I was at Charlestowne Mall in St. Charles, IL, with Katie to do some shopping and see a movie.

While there, I was checking in via Gowalla to both the mall and all the stores that we were hitting up. I remember leaving a comment about the sad state of the mall.

A little background... St. Charles once had two relatively thriving malls. About 15 years ago, one of them (St. Charles Mall) went under completely leaving a vacant building that they started tearing down about a decade ago. They finally finished tearing it down four or five years ago.

There's still nothing in its place.

Charlestowne Mall has its own set of problems. With the spate of outdoor plaza/malls going up in the area, the demand for indoor malls is nil. And this despite how cold it gets in this area in the winter.

Anyway, I left a comment about the mall on Twitter via Gowalla and almost immediately received replies from a couple local Tweeps agreeing about how bad it was. And we all also agreed that the mall pretty much only had a couple things going for it...

Charlestowne has always been saved by the fact it has a pretty decent theater and some solid anchor stores. It has even been rumored that developers had been interested in purchasing the mall and creating some kind of indoor fun center to give it some life. I heard an ice rink might be installed. Pretty cool. I assumed it was because they saw a future based on these few remaining positives.

However, I'm not sure that will still happen. On the way home from up north yesterday, Katie and I saw one of those big going-out-of-business signs and discovered it was for the Sears at Charlestowne.

Wow. I had no idea that Sears was still having trouble. I thought their fortunes had actually turned a bit.

Guess not. If an anchor as big as Sears is going under, this mall won't be around long. The rest of the anchors will likely make attempts to find greener pastures and, if that happens, I'm not sure how well the theater will do.

Brodie and T.S. Would be so disappointed. Plazaratting just ain't the same. Jan 28
I can't believe that 25 years ago today, we were mourning the loss of the seven crew members of the Challenger space shuttle. I remember being in fifth grade at the time and having some sixth grader pop his head... 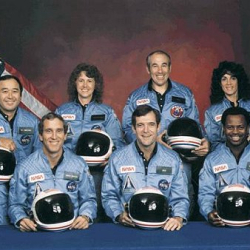 Find out what it means to me...

Feb 5
I really cannot stress enough how important it is to properly use technology. Improper use of technology can lead to injury, death, nuclear meltdown... you name it. On a smaller scale, it can lead to a severe mismanagement of time....

When we go into a mall that looks mostly deserted, I think how cool it would be for a 70's era black and white to come zipping by..... followed by several dozen police cars!!

So a combination of The Blues Brothers and CHiPs? COOL!!

I heard they still plan on installing the ice rink. I hope the mall doesn't go under since that's the only place I go to see movies.

I like the theater there too, but I question if it could sustain itself if nothing else survived. But if you're hearing they still want to put in the ice rink, it may just. But they're now going to have a lot more space to fill.

Our local mall has been dying a slow, painful death since the early 2000s. Landmark Mall (in Alexandria, VA) used to be "the mall" in the area that people would converge upon, but the population later migrated to Pentagon City (which is on the local subway line). There had been plans for nearly two decades to rip down the mall and replace it with an urban towne centre living/working/arts type of place, but the companies funding it went bankrupt during the recent recession.

So -- it remains a mall at less than 40% capacity. Very depressing to look at. I remember when we were looking at mattresses to buy, one of the places in the mall was begging us to buy from them. "We won't even charge you sales tax!" It was a shady type of place still looking to make a buck with an unfortunate placement...

I TOTALLY prefer the outdoor mall near us. Malls give me a big ol' headache. Can't stand them. But the mall that is where I grew up (about 10 minutes away) is thriving, and I'm assuming, always will. Surrounded by wealthy communities, I guess...
Sears is the ONLY store my husband can go to and not complain. Not that the mall near us (the one I previously mentioned) has one - oh hell no - Sears isn't stuffy enough, I guess.

The Sears thing is a rent dispute with the mall owners actually. They aren't closing it just to close it. That is what my sources tell me. On the other hand, JC Penney IS closing their Spring Hill Mall location due to under performance. Spring Hill is the next mall that is going to go the way of Randhurst. I think the only indoor mall to survive will be woodfield just because of the size of it.

The thing I keep reminding myself during these sales is that once I've bought it, it's mine for better or for worse. No warranties, no returns, no exchanges.

Sears is definitely a decent store. Nice mix of stuff and decent prices from what I can tell. Most true department stores suck anymore.

Rent dispute? Really? Guess there's no place for them to move to. And I agree that Spring Hill sucks.

Deserted malls are getting very commonplace these days. Sad to see. We've had several malls here close up shop... one downtown and one on the east side of the valley. Both demolished to the ground. One is being rebuilt as a living shopping community and the other is still a giant empty dirt hole.

Sears isn't doing all that well these days. The Kmart down the road from us is closing and the Sears at the mall near my work is pretty dismal most days. At least it was busy during the holiday shopping season.

It truly is sad.

We only have one small mall where I live and there are usually ~5 empty store fronts at any given time. Which ones are empty changes, but there are always empty stores. Old Navy closed not too long ago.

The mall as a whole keeps chugging along though for which I'm grateful.

Only five would be a blessing. As it stands, we typically have five empties... In one wing... On a single floor... Sometimes just on one side.

Oh Kevin, you make me laugh.

Your mall has more than one floor? And wings?

Trust me, five or more open slots in a mall as small as mine is... well, it's been that way for years so I'm used to it, but it's pretty sad. Lots of stuff stays empty round these parts.

What really makes this sad, though, is that a tumbleweed blowing through would not be completely out of place. ;-)