We can't go on together with suspicious minds...

Welcome to another Snippet Wednesday.

Cubs
I have decided this season to become an impassioned baseball fan. And who am I going to get behind? Well, my Cubbies of course. I know I questioned my loyalty in recent seasons, but I do think I've finally nailed down why I was so apathetic. That "why" is former Manager Lou Pinella. Maybe it's because I'm on the outside looking in, but he always struck me as not giving a damn. He always came across as way too laissez-faire for the team's own good. No fire. No passion. Sure, they made the playoffs a couple seasons in a row, but only to have their clocks cleaned in the first round.

Last season, though, my own love reignited the second Pinella announced his retirement and Mike Quade took over. They did much better under Quade and I actually enjoyed watching. Here's hoping that continues this season. 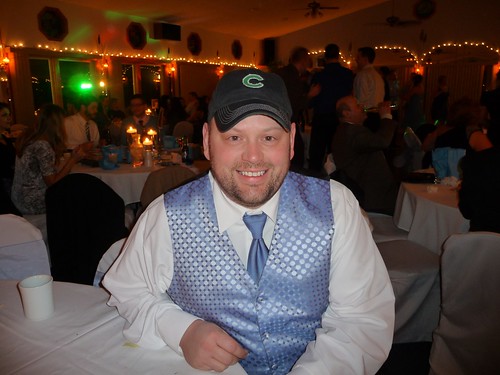 Wal-Mart
I called the Wal-Mart Vision Center today to cancel an eye appointment I had scheduled. The number that I got from Google, though, was to the main switchboard. I asked to be connected to the Vision Center and, get this, they said they don't have that capability. What kind of major corporation in this day and age cannot transfer phone calls. I wasn't even asking to be transferred to an external number, but to a number for a department that was all of 50 feet from where this operator was located. Wow. Some things just blow my mind.

Arthur
I'm not a Russell Brand fan. I didn't hate him in Forgetting Sarah Marshall, but he wasn't exactly a favorite character. I didn't care for Get Him to the Greek at all. But I'll be damned if I don't want to see the remake of Arthur. In fact, I'm actually looking very forward to it. I cannot for the life of me explain why. I just think it will be cool. Or, at the very least, I'm hoping against hope that it is.

Nixing
We're pretty well through the regular television season right now and I'm wondering what shows, if any, that you started watching this season have you given up on? So far, Katie and I have nixed V, Private Practice, and Chuck. On the fence are The Office, Criminal Minds, and Criminal Minds: Suspect Behavior. Unless those final three do something fantastic in the remaining weeks, they will be gone. And this despite our previously avowed love of both The Office and Criminal Minds. They just haven't been exciting at all this season and casting changes have really ruined them. Actually, I kinda hope they don't do that "something fantastic" so it will just be that much less TV that we watch. While I may not have as much good TV, at least I have some pretty decent music these days. My highlight of the week is the new album from The Strokes, Angles.

It's definitely a more polished sound than their albums of the past, but I think all the artists gel really well considering it's been five years since they released an album. And I've really missed the sound of Julian Casablancas' voice. It just... works.

But if you want a good deal album on Amazon that is really good as well, check out Dye It Blonde by Chicago's own Smith Westerns. Only $2.99 today.

Exercise
When you go on vacation, do you take a break from everything that represents normal life? I'm asking on behalf of exercise. Should I exercise while on vacation or take a vacation from that as well? What say you?

I couldn't make it past the first episode of CM:SB. Garafolo annoyed me and Whitiker is just CREEPY!!!

I agree on both counts. I usually like Whittaker, but not enough to watch on a weekly basis. We've made it through three episodes so far, but the remainder have been piling up on our TiVo. Not sure what to do with them yet.

So Arthur IS a remake of the Dudley Moore and Liza Minnelli movie?! I thought so! I think I may want to see it, although, I don't think anyone could be as good an Arthur as Dudley Moore was.

When I go on vacation I take a break from it all. Except for one thing - eating right. I try my best to always stay on track with that mainly because my body will react quite badly if I don't.

I'm under the impression it's a remake. I may be wrong. But Katie and I plan to watch the original just before for comparisons sake. We've both seen it but it's been a long time.

So are you back?

Sent from my iPhone.

Russell Brand makes me want to hurl. A remake of that movie just didn't need to be made. Really, though - WHY is he famous?!
Do what you want on vacation - I think the point is to do what you WANT - so if you feel like exercising, then do it. If not - no guilt.
I think The Strokes album art is awful - haven't listened to anything yet, though.
Go Reds!
:)

I haven't been too bothered by Russell Brand, but I wasn't looking forward to the Arthur remakes... until I saw the previews. I can't help myself; it looks really funny.

I think the Walmart Vision Centers are independently operated. I think that mitigates the phone transfer issue at least somewhat.

As for exercising on vacation, I'm pretty inconsistent. I have done it quite a bit, though, particularly if I'm going to be with someone else that I think I will run with. I think a good plan is to take your work-out stuff with you in case you feel like it, but don't feel compelled to -- it's vacation after all!

I like Russell Brand as he appeals to my warped sense of humor. His standup shows are really really good and I just finished reading his book (which I have yet to blog about). Didn't like him on SNL last month though, some of his monologue was recycled from previous standup shows. But oddly, I have no desire to see the Arthur remake.

It didn't need to be made, I agree. But it looks like it could be funny. I hope.

Maybe I should check out some if his stand up. Can't hurt, right? I hope.

I was the same way. I thought it was ridiculous of them to do it until the previews. We'll have to compare notes.

My opinion on remakes, re-imaginings and re-duex or whatever they want to call them is still the same...they usually are a waste. I still want originality. I know. I am old and cranky.

There's no such thing as originality in Hollywood. Haven't you figured that out?

I am not a fan of Russel Brand either but somehow I didn't mind him as much in Get Him to the Greek. Though I thought P. Diddy was the funniest in that movie.

Yeah, Diddy was awesome. And since when am I just "friend"? Some sis you are. Sheesh! ;-)

I was wondering if you'd stuck with V since our last exchange about it. We kinda did, but only because we were so behind in watching what we taped that we kept on taping (does that even make sense?). Right now the final/finale is still unwatched: did you know they brought Marc Singer in? They certainly kept that under wraps. No matter how it turns out, I sincerely doubt that Kosh and I will bother with V's next season (if there even is one!)

I knew Singer was gonna be in it, but I gave up about a half dozen eps into this season.

I like Brand's stand-up, but his characters in Greek and Marshall were a little too annoying. His Arthur, though, really does seem like a lot of fun. I've never seen the original, and I think I want to see this first before seeing the Dudley Moore one.

I missed out on getting the new Strokes album on Amazon for $3.99. Will have to get it soon. Wish it would have been on sale for longer than just release day. From what I've heard of it, it's really good.

I only want to see the original first because I have seen it before but it's just been a long time. I hope the new one is as good as it looks.

Amazon likes to do day-of-release special pricing. Hold off a bit as I'm sure it will soon be one of the $5 specials.