At the motion picture show...

Welcome to the first ever blog post written using my new combination of iPad and Apple Wireless Keyboard. This is quite handy. I can get used to this.

The only issue I'm having right now is that that iPad version of Safari doesn't allow for rich-text formatting with the WYSIWYG editor of my blogware. Oh well, I guess I get to do HTML formatting. That'll be fun. Especially with a post like this.

Everyone strapped in tight, we'll ride it out...

I wasn't quite sure how to handle today's Snippet Wednesday since I hadn't really been actively collecting any snippets of goodness from around the web this past week. Then it hit me! Let's treat this final Snippet Wednesday of the year as my New Year's Resolution post even if it is a few days early.

Continue reading "Everyone strapped in tight, we'll ride it out..." »

All for the little ones' Christmas joys...

I hope Christmas, Kwanzaa, Hannukah, Festivus, Eid or whatever else you celebrate was good to all of you this year. It was a pretty good holiday for Katie and I.

We had a lot of fun with our families first and foremost. A lot of time visiting with several people we don't always get to see all that often, which was nice.

Continue reading "All for the little ones' Christmas joys..." »

Have a holly jolly...

To you and yours... a very merry Christmas! 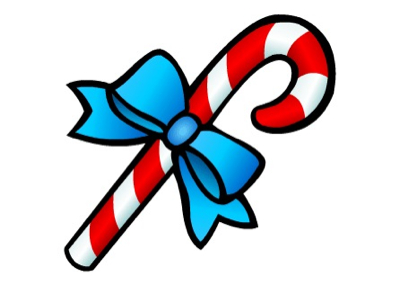 It's been at least another year...

As much fun as this post typically is and as much as I enjoy music, I always hate posting this. Why? Well, there are typically two reasons:

Continue reading "It's been at least another year..." »

It comes and goes...

I can't believe there are only two Snippet Wednesdays left this year. Where did the time go? Why am I always asking that question? Oy!

Continue reading "It comes and goes..." »

I'm writing somewhat of a music post today in preparation for my top albums countdown which I anticipate posting on Thursday or Friday. While this is going to be all over the place and could technically work as a Snippet Wednesday, it is, at least, all music related. So buckle your seatbelts!

Tune in for those who are wantin'...

Hi-ho! And welcome to the 2011 Primetime TV Kappy Awards!

For the record, that was supposed to be a sorta impersonation of Kermit the Frog and not an invitation to prostitutes to read this post. Not that prostitutes who are so inclined are not allowed to read my blog. I wholly encourage it. I just don't actively solicit it... or them... or... hell, let's just get on with it, shall we?

Continue reading "Tune in for those who are wantin'..." »

Been caught stealin' once...

So I'm stealing this meme from Marty who in turn stole it from Avitable. It's like a bad case of WWII-era Nazi art theft. I wholly expect someone to steal it from me in a generation or two and return it to Avitable's children.

Continue reading "Been caught stealin' once..." »

Untouchable, burning brighter than the sun...

Good evening, ladies and gentlemen. I hope you enjoy this edition of Snippet Wednesday.

You can read me anything...

I'm sorry I've been kinda M.I.A. since the last Snippet Wednesday. I've been contemplating my year-end best-of lists. Believe it or not, it actually takes a bit of work.

Continue reading "You can read me anything..." »

Oh war is the common cry...

Oh it's another wonderful Snippet Wednesday for all of you. Despite being cold, at least everything is relatively still outside so it's not as bad as it could be. Give it another 25-30 degrees and I'd call it practically perfect.

In case you didn't figure out the picture yesterday, that was legendary baseball manager Casey Stengel. He was wearing the number 37, a nod to my 37th birthday. That was why I posted it. What could you find...

Have you ever had a movie completely catch you off guard... in a good way? A film you weren't expecting anything from at all, only to have it so surprise you with its sincerity and uniqueness that you're still talking about it the next day and recommending it to everyone you can think of?

For me, that film is Hugo.

Continue reading "What could you find..." »

Unless we are a little crazy...

Here’s to the crazy ones. The misfits. The rebels. The troublemakers. The round pegs in the square holes.

The ones who see things differently. They’re not fond of rules. And they have no respect for the status quo. You can quote them, disagree with them, glorify or vilify them.

Continue reading "Unless we are a little crazy..." »

Posted in Entertainment, Me & Mine | Permalink | Comments (8)