Baby it's a wonderful news...

I owe you all an apology and a sincere debt of gratitude.

For the last several months, I've been lacking as a blogger and host. You all regularly pop in on me or have your RSS aggregators set to collect my latest post and, yet, I've given you little or nothing in recompense for your loyalty.

There is a reason for my lack of attention. Katie and I have been pretty bogged down with something going on personally. It's nothing that we could talk about at the time as we just weren't ready. However, it so dominated our lives that we could think of little else.

It's a pretty life-changing event and we had to make sure we were both in a place where we felt okay discussing it with all of you as a whole.

We feel we're now at that place. And, while it makes us nervous to talk about it, it's time. We need to finally get it out and allow ourselves the ability to deal with it publicly.

We really hope you'll forgive us for leaving you in the dark lo these last several months. Ideally this not-so-minor shift in focus here on the blog will change things for the better here at kapgar.com.

The belief is that by launching kapgar 2.0, we'll have a lot more to talk about here but not let it overwhelm this place with a new type of same old-same old. A good balance of good ol' kapgar.com peppered with kapgar 2.0 should be a nice mix.

So are you all ready for the launch of kapgar 2.0? 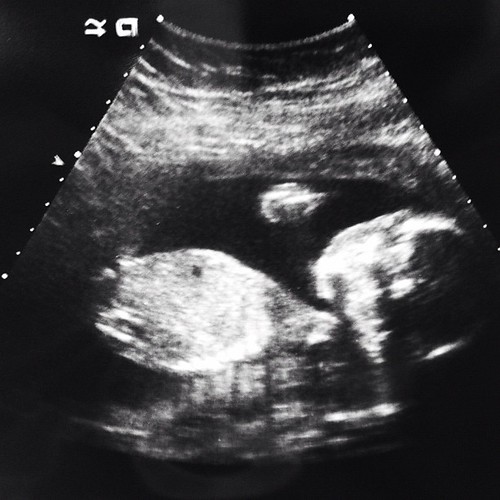 Posted in Me & Mine, Photography | Permalink | Comments (42)

Like the moon and the stars and the sun...

May 7
As you know, I've become an Instagram junkie over the course of the last year and a half. At first, it was never easy to share what you take with friends unless you had your account tied to social media... 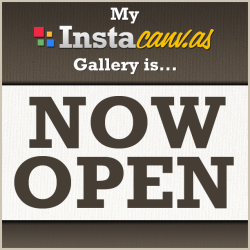 She's got me going haywire...

May 9
I wanted to take a moment to thank everyone for all their well wishes and kind words and expressions of sheer shock on our announcement yesterday. The outpouring here on my blog and on Facebook, Twitter, and Instagram has been...

This is the best news EVER! I don't wanna burst your bubble, but at first glance when I see that sonogram, I see a Pit Bull waiting to pounce. LOL Where is the actual baby?

I'm just teasin' ya. Love and all the best to you and Katie. I'm looking forward to kapgar 2.0.

Awesome, AWESOME news!! I'm so beyond happy for the both of you!! You two are going to be fantabulous parents!

And don't apologize at all. One of my friends has you beat - she announced on facebook about two weeks ago on the day she gave birth that her and her husband welcomed a new addition to the family. Before that? Barely anyone knew!

Ha! That's funny. I pray there's a baby in there and not a pit bull or delivery's gonna be a bitch.

Thank you so much.

I'm guessing your friend didn't get out in public much, did she?

I'm so happy for you guys!! Fantastical news! Congratulations!!

Thank you, my friend!

Thank you! It's pretty incredible, isn't it?

Congratulations!!! What wonderful news! I think kapgar 2.0 is destined to be a smashing success!

I know you can't see me, but I'm jumping up and down and squeeing with delight. Congrats to you both!

I guess it's true what they say... there just isn't any privacy any more. You can't even hang out in a womb without somebody spying on you. Congratulations, Big Brother!

I know we've told you already but we couldn't be happier for the two of you! Ava will be very excited to meet her cousin. How you are feeling? Hopefully you're still getting better.

Thank you so much!

Squee away, my friend.

Best to clue them in while they're young, right?

Thanks, bro. We are pretty excited. And I'm still recovering. Not 100% as yet but getting there.

Okay, you're one of four so far to think it's a girl.

Facebook ruined the surprise in this post, but it's no less exciting. Based on my own experiences, even when there are stumbles (and trust me, there will be many), the journey of parenthood is truly remarkable. Y'all are going to be great parents. Private message me your address and I'll send you one of my favorite reads in preparation for baby!

Thank you so much!

Thank you for the well wishes. I figured all this cross posting was bound to ruin the surprise for people somehow or another. But we had to put it everywhere. Oh crap. Never put it on Google+. Hmmm...

Now that I got my "wait, what?" out of the way over on Instagram, I can offer a proper "congrats" to you and Katie.

We all will welcome Kapgar 2.0 with open digital arms.

Now you have an even better reason/excuse to collect LEGOs.

CONGRATS! I wish I got the post in my email earlier than today. Welcome to the club my friend. Your life will NEVER be the same but every single minute is worth it. Now I know I am not the only man-child reproducing lol

Congratulations, Kevin! What exciting news. Give my best to Katie too. :)

I have no idea why my email notifications are do delayed but I know I can blame Google who owns Feedburner. Bastages. And thanks.

Katie has already grown to fear the expanded LEGO purchasing opportunities. And thanks!

I'm so very very happy for you both. Congratulations mate.