All aboard! The crazy train to Snippet Wednesday departs now.

Friend-less
This little gem came through my Twitter feed yesterday. It's a list of warning signs which you should consider when determining who on Facebook to unfriend. It basically states that if you like things like Nickelback, John Mayer, Dane Cook, Crocs, among a host of other things, then you and I shouldn't be friends. The cool thing about it is that each warning sign has a link to a page that will list (if you're logged into your Facebook profile) which of your friends likes each thing. Beware! I may actually start following these suggestions! 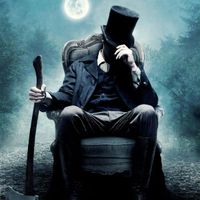 Is it horrible of me to admit that despite all the great movies coming out this summer, one of the films I'm most looking forward to seeing is Abraham Lincoln: Vampire Hunter? I loved the book when I read it a couple years ago and the author, Seth Graehme-Smith, is making the jump to the big screen in a big way with both this and Pride and Prejudice and Zombies next year and his co-scripting of Dark Shadows which came out last month. Yes, I'm a geek and a history buff and a lover of brutal and bloody action. Please may it not suck. Yes, pun intended.

Nook-less
I picked up a book via Barnes & Noble's Nook site and discovered something rather interesting. When I clicked the "Download" button on the Nook website as viewed through my iPad, I was given the option of opening the file in the iBooks app instead of defaulting to the Nook app. Is this normal? Anyone else tried it?

Name-less
Do you think something like this could ever fly? Making it illegal to be anonymous online? New York is certainly gonna give it a try. I support the right to free speech, but I also realize that the Constitution was written at a time when the only type of communications were face-to-face or personally-delivered letter. Hard to be anonymous in either case. I do hate trolls, though. I think they are what ruins the credibility of the World Wide Web. Well, that and a lack of research. I wish something could be done, I just don't know if it can. And I think New York is wasting a lot of tax money on legislation that will never fly.

Mad-ness
I still have one more episode of Mad Men to watch this season, but I can easily say that it has retaken the pedestal of greatness it held around season three. I was pretty bored by season four. Anyway, without giving anything away, this next-to-last episode was singularly amazing! Why they didn't make that the season finale is beyond me. For the finale to top that, it will have to be some of the best television ever to air.

Dal-less
My parents were addicts of Dallas when I was a kid. I remember watching it with them on occasion, as well. But the thing that I always remember is the opening credits... the music, the hard-edge wipe transitions, the giant golden block-letters reading "DALLAS," the moving collage of images depicting this vast and mythical land that I still have yet to see in person. It was always really cool. And I must admit  I love that TNT's new Dallas series has held onto that magic in their opening credits using the same music and the same collage style but with revised visuals of the city and countryside.

The show is kinda intriguing. Not great, but I haven't given it up yet. It's hard to imagine so much backstabbing and double crossing in one family. Sheesh.

Speaking of Texas, the father who killed his daughter's rapist is not going to face charges. Kudos, Texas. As far as I'm concerned, you made the right choice.

Well, I'm outta here like a pack of stampeding horses.

You can't forget me baby...

Jun 19
Instead of reviewing a band on this week's Tu(n)esday, I'd like to ask you a question instead... It's one of those standard "desert island" sorts of questions. If you could only listen to five albums for the rest of your... 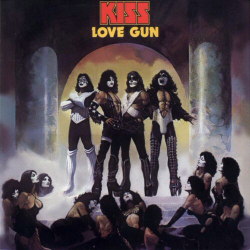 Jun 21
For NYCWD and his Puppy Monster... Read more on Facebook. 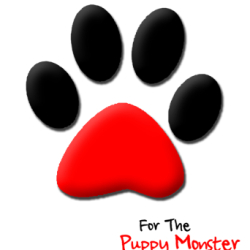 Ha ha, we also had Dallas on at our house when we were kids because my Mum was a big fan. That was one of the American shows that made it across the pond.

I hope the Pride and Prejudice and Zombies movie is better than the book. I dunno perhaps I'm not giving a fair go but I've tried twice to read the bloody thing and have bailed both times because it didn't grab my attention. Perhaps once I've finished reading all the Game Of Thrones books I'll try it again.

That's pending you actually having enough time prior to death to finish all kajillion pages of the Game of Thrones series. I'm scared of that series.

Effing Honda and their AWFUL commercial RUINED that song for me.
Also, Yes, Texas - well done!!
Oooh - I'm reading the Game of Thrones series, too! It's pretty awesome.

I feel like I'm the only one not reading Game of Thrones. And, yes, I hate Honda too. That commercial sickens me.

I like the idea of Lincoln as a vampire hunter because he was a giant of a man who really did have massive strength, so it seems appropriate. I can't wait to see that movie.

He also strikes me as one of those people whose life we really don't know in its entirety. If you read the book, some of it actually seems feasible as "out there" as it is.

I admit to being a big Dallas fan back when it was on, although I also admit to the show jumping the shark when JR got shot, which is when I stopped watching it as much.

I have not tried that Nook option to open in iBooks yet (but have seen it once) I wonder how the DRM would work if it did try to open it.

Im not sure how the DRM works or how it was overridden. But the book is there and I can read it. But it's an O'Reilly so that might mean something.

I wonder if the O'Reilly books are not DRMd. That would be cool to know.

Wait, the Lincoln Vampire movie is actually based on a book? I actually had no idea! I wasn't planning on seeing it because it seems pretty out there, but I think I'm going to need read the book now.

I recorded the last two episodes of Mad Men and still need to watch them. Hopefully this week!

So far as I've been told, they're not. Or at least the DRM is looser.

Watch them now. Mad Men, that is. For Abe, keep an eye on your inbox.