For giving me the best days of my life...

I've been told that my blog needs another baby update. Something about how the announcement, that's all of three days old, has become a bit of a "been there, done that" post.

Geez, not like I'm in a hospital with a newborn and a wife who is still in recovery of sorts. But I'm nothing if not a blog junkie and a man of the people, so here's an update on the Nathan front...

Nathan Paul was born on 7:59 p.m. this past Wednesday. This was after nearly 30 hours of labor on Katie's part. Of course, you have to take into consideration that almost 18 hours of that was Katie feeling contractions while at home. The other 12 were in the hospital.

When we first got to the hospital, Katie was already dilated to 4cm. This is great news, typically, as the first 2-3cm of dilation tend to be the slowest. After that threshold period, it is usually pretty quick going to the 10cm point at which moms can start pushing in order to deliver.

A few hours later, Katie hit the 7cm mark and got to 8 and 9cm within a few hours after that. And there she stuck. For three hours, she really only progressed another half a centimeter and that was because the doctor was feeling charitable. 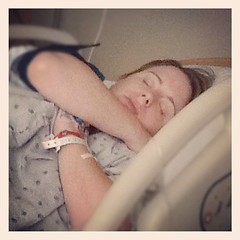 At this point, the doctor told us we could wait for another hour and see if Katie hit the 10cm mark or not or we could just get a Caesarean section (C-section) and just be done with it. Katie, in her extreme, lack-of-sleep-induced exhaustion, opted for the C-section. She didn't debate it, she didn't doubt herself, she didn't cry about it, she pulled a Nike and just did it.

We announced the decision to our parents and, although they were concerned, they were cool with the choice. They left to go get dinner and give us some time to get all this done.

We headed to the operating room together and I waited for about 10 minutes while everything was prepared for surgery. Then I went in and waited "above the curtain" to provide support for Katie.

The kiddo and I were taken from the operating room to the nursery where they cleaned him up and I got the vitals and a few pictures and MMSd them out to family and friends as well as posting the details to Twitter and Facebook (and later Google+ as well... I always forget G+). 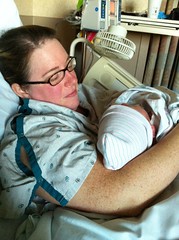 About 10 to 15 minutes later, Katie met the kiddo and we decided on the name Nathan Paul.

The first name comes from the Olympic mens's swimmer Nathan Adrian. We were watching some of the matches and saw him swim (and win gold) and further debating boy's names and we both turned to each other and said "how about Nathan?" We let that one stew for a few weeks and nothing made us start to dislike it at all. So it became our forefront name.

The middle name comes from Katie's dad as well as being the middle name of my friend Mike who, as I said in my previous post, died 19 years ago on the day Nathan was born. Seemed very appropriate, don't you think?

Katie is recovering nicely from the C-section although we are still in the hospital. There is a chance that we may check out later today, but nothing is set in stone yet. Our insurance authorized us to stay until tomorrow and we may if Katie starts to feel funky. Better safe than sorry. But we are both getting a little stir crazy. I'm seriously about to run out of clean underwear.

In case you are interested, I did see some of Katie's C-section. I did look over the curtain when Nathan was taken out and kept watching. Surgery and the human body fascinate me and having this opportunity to see it first hand was something I couldn't pass up. So I looked. And it was just as fascinating as I expected it to be. Blood has never bothered me at all. Plus it took my mind off the fact that it was Katie under the knife. That part bothered me. A lot.

Anyway, enough details. How about some pictures of Nathan? And, yes, you can call him Nate. That's half the fun of the name. 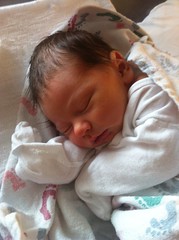 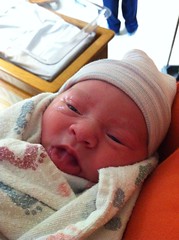 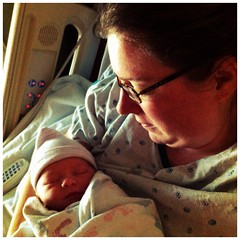 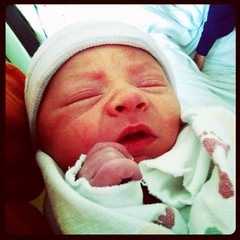 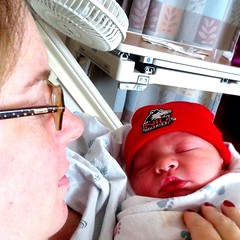 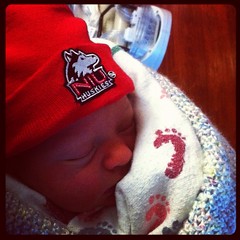 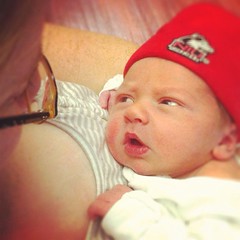 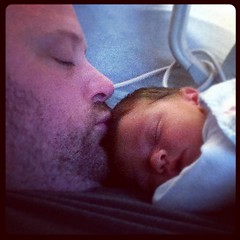 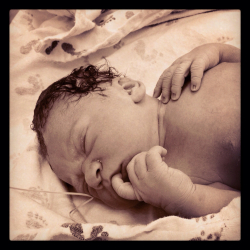 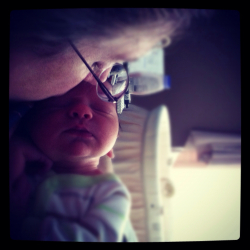 My texting isn't working well so I apologize for not replying sooner! Congrats to you both! What hospital are you at? We have some meals to bring over, so maybe next weekend when you are home, settled and things have hopefully calmed down.

Thank you! We are currently in a hospital up in Woodstock and may be checking out late today. We shall see. We'll be sure to let you know when we get home.

Nice blog Kevin! Keep the up-dates coming! Grammie wants to be well informed & entertained. Please let us know when you leave the hospital and if you need us tomorrow. We want to give you some time to bond as a family - we don't want to be pushy just helpful. Katie might not want to do stairs for a few more days. It might mean a "camp-out" in the living room!
Love you 3 and give precious Nathan and little smooch,
G & G Adams

Definitely will do. Thanks!

he is just beautiful. so very happy for you and katie. yinz done good!

Thank you! We're pretty proud of the job we did, too.

Oh my heavens he is an adorable little one. And Katie is one awesome rockstar. Make sure to pamper her. A LOT. (Hope she's doing and feeling better by the way.)

Yay! The pirate family! Can I call you guys that?

Yes. Yes you may. Katie is feeling better and I'm trying to pamper her. At least a little bit.

Thank you for the update! I love the pictures of Nathan Paul. Were you guys able to go home? :) How is Katie doing today? :)

Can we request one Nathan pic a day? :)

LOL, G+. I forget it too. I think everyone does.

I actually have been taking (at least) one new photo per day and posting to Instagram and Twitter. I tell it to post to Flickr as well but, for some reason, the cross posting crapped out about last Wednesday evening. Can't figure out why.

All amazing photos. So glad you got an extra day to stay. It's a good thing when that happens.

The stunner was that insurance approved it.