Read a book about love...

Why does my love of reading go in spurts? I hate that.

I have been known to make a reading run where it takes me only a few days to finish a book and this has gone on for as long as three years. Horrible for the budget (unless I make use of the library or friends), but great for my feeling of self-education, especially since a lot of what I read is historical or biographical in nature.

If I keep up posting through the end of this week, I will have blogged half the days of this month. Not really great considering this same time last year, I committed to posting every day of the month as part of NaBloPoMo.

I'm still okay with it, though.

They're all bold as love...

If there is one thing I've been accomplishing during my leave, it was my N.Y. resolution to watch through season 5 of Doctor Who. I've been averaging about five or six episodes each day that I've been watching.

I started leave only a couple episodes into season four and I'm now one episode away from finishing season 5.

Continue reading "They're all bold as love..." »

Happy Thanksgiving! Howsabout a big helping of Snippets with your giblets served up Twitter style in 140 characters or less? Yes?

This is officially day four of Daddy/Nathan Domination although we are almost halfway into my second week of leave.

Katie and I were asked over the weekend if burping a baby really does help. Apparently they had read that the need to burp is a fallacy.

Katie and I tackled an interesting task this past Saturday night... introducing Nathan to his crib.

For the last two months, we've had Nathan sleeping in a bassinette (sp?) in our bedroom. We figured it was time, though. We paid for this crib, kiddo gonna use it!

Islands in the stream...

Day two of Daddy/Nathan Domination is upon, well, me and it's still going pretty well so far.

Nathan was actually awake most of the morning and into the early afternoon which is decidedly un-Nathan-like. But then he resumed his modus operandi by sleeping on the drive up to take Mommy to lunch. And he's been asleep ever since.

Continue reading "Islands in the stream..." »

Live, baby, live now that the day is over...

Welcome to a special Father's Day edition of Snippet Wednesday!

Wait, it's not Father's Day! Isn't that supposed to be in May June (I've been corrected that it's actually in June; I knew that, I really did; let's blame it on a parental brain fart)? Why, yes. Yes it is.

This, however, is being referred to as my Father's Day because it is the first day that Nathan and I are spending together on our own as it marks Mommy's unfortunate, but inevitable, return to work.

Nah, forget that. I've got a better name... Daddy/Nathan Domination!! (with apologies to FOX TV)

Continue reading "Live, baby, live now that the day is over..." »

I had this great idea for what I was going to call an STFU Snippet Wednesday... basically instances where you want to tell people to just STFU (if you don't know what that means, Google it at your own risk). I had a couple ideas for Snippets to include and tried to come up with more, something you think would be easy to do, but it proved much more difficult than I expected while trying to remain both timely and, well, decidedly non-assholish. It's a difficult balancing act.

Instead, I'm going to give you a bunch of quick-fire, random, train-of-thought Snippets for Snippet Thursday: The Reckoning since I thought so long and hard about yesterday's post that I missed out on posting it yesterday. Whoops.

Now can we get everybody back behind their desks and working instead of campaigning?

Remember, remember on the fifth of November
a New Year's post I've yet to jot.
I know of no reason a simple blog post
Should ever be forgot.

Posted in Entertainment, Me & Mine | Permalink | Comments (10)

I had a dream the other night that my iPad developed a blemish.

It was a round spiderweb like crack and, when I pressed down in the middle, it functioned like the home button. Kinda strange. Sure, no one wants a cracked screen but at least it served a utilitarian purpose. 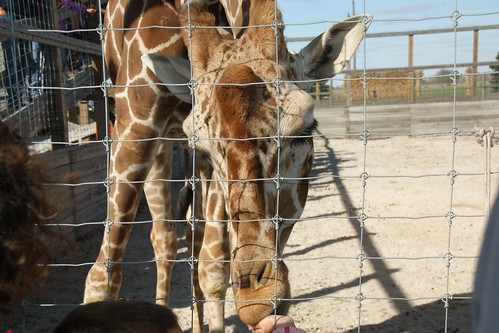 When you wish upon a star...

So there's this whole thing going on with the sale of Lucasfilm to Disney. George Lucas, notorious for his heavy-handed control over Lucasfilm and all its subsidiaries (and rightfully so considering he built it all up from scratch), actually sold it all to the Mouse House.

Continue reading "When you wish upon a star..." »