It's a sheer and utter madhouse in Chicago right now. Well, it was and it's now dissipating, but still.

Today was the parade and rally to officially welcome home the 2013 Stanley Cup champion Blackhawks.

I know, I know, what kind of lunatic obsessed (wait, "passionate") fan am I if I didn't go? One who was petrified of how many people would be there, that's who.

In 2010, it was the first Stanley Cup win in nearly 50 years for a team that played fifth fiddle in Chicago sports. Not nearly as popular at that time as the Cubs, Bears, Bulls, or White Sox and probably ranking only a bit higher than the Fire, the Hawks were all but forgotten due to an owner that had blacked out all their games from television and made so many bad personnel moves that even the newspapers and nightly news didn't deem them worth coverage. (Note: the owner's son took over in 2008 and started making changes that were still only just being picked up on by casual fans by the time of the 2010 Cup run).

In 2013, I just knew things would be different. Hawks games had been a TV mainstay for several seasons now. They had their improbable winning streak at the beginning of the season that saved the NHL from oblivion after a strike. They have a core of players still on the roster from 2010 that people LOVE. And they had some exciting new players that people were learning to love.

Simply put, the average joe's perception of hockey in Chicago was on the rise. A very steep sharp rise, at that. Combine all this with their amazing playoff run and Stanley Cup win with a final game that even Hollywood couldn't have written, and I just knew it would be insane downtown.

Yes, I did get the day off fully intending to go. But I changed my mind last night during the drive home from work.

So glad I did.

In 2010, I arrived downtown at a little after 8 a.m. via a relatively empty train for a 10 a.m. parade and the streets were only barely showing signs of life. Sure that changed as the start time approached, but it was very tolerable. I think the total attendance was a few hundred thousand.

In 2013, based on what I learned on Facebook and Twitter, the train stations were packed to capacity from 6 a.m. on. Anybody commuting to the city for work was hard pressed to get a spot, even SRO. Fans were packing into the expanded parade route a couple hours earlier than when I first arrived in 2010 and the parade wasn't scheduled to begin until an hour later than the one I saw.

Then there are the pictures... 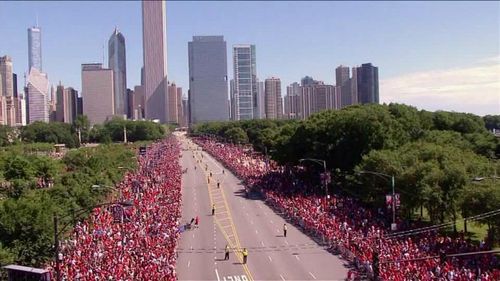 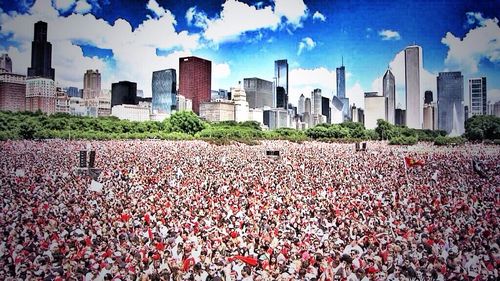 Photo by Jarrett W. Payton (that Payton) via Twitter 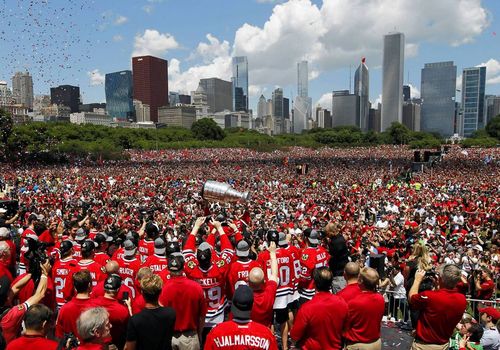 Photo by Brian Cassella via Twitter
There are clearly millions of people there.
It would have been miserable. I cannot even begin to fathom the wait at the train station.
Wait, I don't have to. Someone on Twitter did it for me... 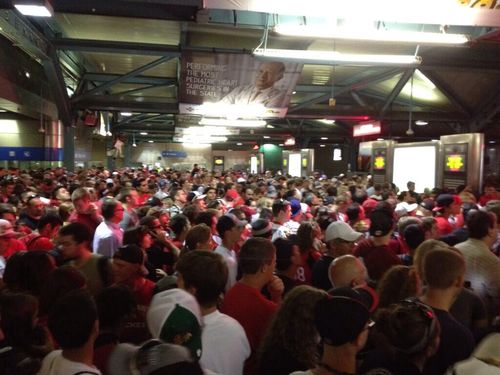 Photo by Ben Krimmel via Twitter
That's Ogilvie Transportation Center in Chicago. My station. Oy!
I love you, Chicago Blackhawks. But, this year, I'm doing it from afar. Forgive me.

Jun 27
Dear Foursquare, We've had a torrid little love affair these last couple years, haven't we? It began when Gowalla went behind my back and screwed around with a good thing hoping to make it better. It wasn't. Then they hooked... 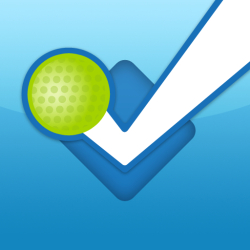 Hockey is not a big sport where I live, so I never really "discovered" it until I started traveling to Milwaukee for work in the mid 90's. I went to a couple Admirals games and was instantly hooked. The problem being that the Admirals are not a NHL team, so they were kind of hard to follow when I was not in Wisconsin. Eventually my fandom traveled down the shore of Lake Michigan to the Blackhawks when I started traveling to Chicago for work in 1998. I've been a fan ever since. I don't really keep up the League standings, but I have news alerts set for the Hawks so I can watch games and keep up with the team. Hockey remains one of my favorite sports, so a Stanley Cup win for Chicago is a big deal to me. GO HAWKS!

Happy to have you as a fan. The other reason I was hesitant to go, though, is that I have to pick up Nathan from daycare and wasnt sure I'd get home in time via public transit. Yikes.