One unexpected side effect of being a father is a tendency to get over-emotional or over-sensitive to stories or videos or movies that convey some kind of threat to children or their ability to be able to live a childhood free from threats to their safety.

Sure, I expected to be emotionally affected to some degree. But not so much so that when I watch the movie Cellular, I freak out a little bit as Kim Basinger's son is kidnapped from in front of his school right in front of Chris Evans who is trying to rescue him. Before? No big deal. Sure it sucks, but it didn't necessarily bother me in an adversely negative way. Now? I wanted to kick Jason Statham's ass just as much as Evans did! Handsome Rob was a prick bastard in that movie.

But I also cannot watch those commercials with starving children or read news articles about childhood suffering or death... at all. Not that I found them a particular joy before, but it's worse now. Much worse.

A man and woman had been planning their wedding for some time. They have two kids together and one from one of their previous marriages. Their son, a mere two years old, was diagnosed several months ago with Fanconi anemia and, as they just found out last week, is only expected to live another few weeks, tops.

The couple hurried up the wedding and held it in their backyard and had their son be the best man.

Ohmidearsweetgod, I was practically crying at my desk as I read this article. Heartbreaking to say the least. Thankfully, @marcdrummond and @sizzlesays agreed with me making me feel a little more normal. And since Marc's daughter is only a day younger than Nate, we're both hitting these same overemotions together.

Parenthood is not easy. It's not meant to be.

The threat of something like this does not make it easier.

It does, however, make me want to hug Nathan and hold onto him for dear life. 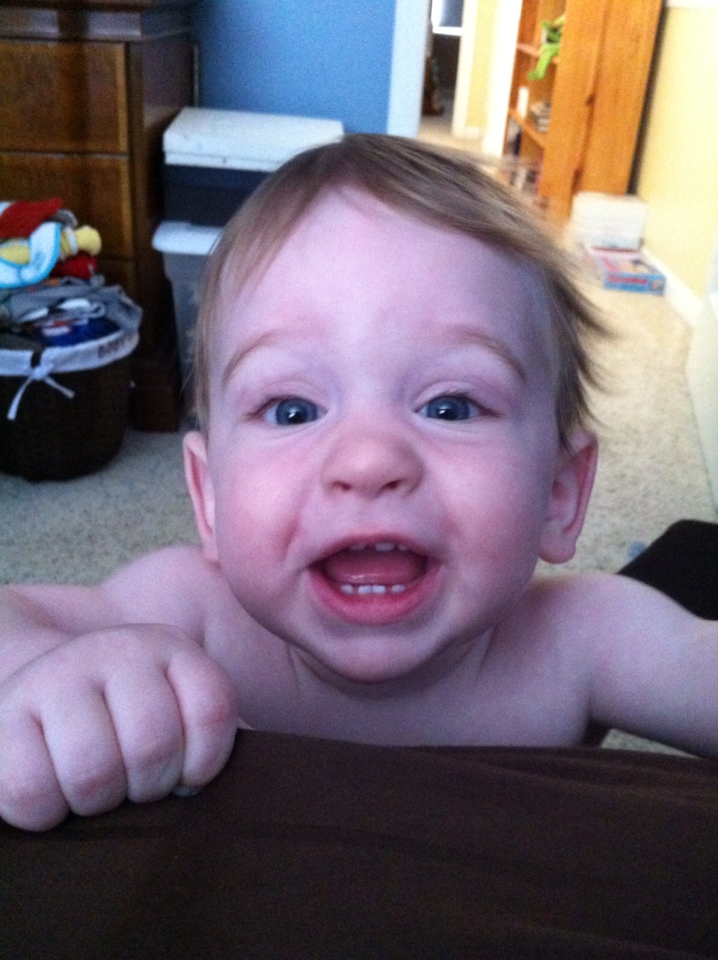 Aug 4
Sure, there are many things going on this week. Things of great value and societal import. But none, I repeat NONE, are greater than SHARK WEEK!!! YES!!!
Next Post

Aug 6
One of the bigger surprises for me at the 2011 Pitchfork Music Festival was how much I enjoyed the live set from TV On the Radio. In all fairness, it wasn't as though I was expecting them to be bad...

i didn't realize that local story went national. heartbreaking. and i don't even have kids. at lunch today with a friend the place we ate had the news on...i saw that logan had taken his last breath this morning so tears were coming down my face and i was powerless to stop them.

I heard that he died as well. I was overcome as well. It's terribly heartbreaking.

I know exactly how you feel! That is how I feel with Ava whenever I hear of other little ones sick or in accidents and such. I think that's one of the reasons I was trying so hard to raise money for the race I did...my friend's daughter didn't even make it 10 months after her diagnosis. And that particular type is incurable, no treatment works. Hug him close. I do with Ava every day and spend each night praying that she has good health and a long, happy life. The fear that grips my heart at even the thought of all of that is almost immobilizing, but I guess that is what it is to be a parent. We love you guys.

I saw this story and just couldn't bring my self to read the whole thing. I hope and pray that no parent has to ever see their child pass before them (no matter what age). It's awful and indescribable. I can't even imagine what those parents are going through now.

And I hope Nathan never ever has any health issues and is safe and grows up to have a wonderful future. He's such an adorable little dude.

Immobilizing is a very good word for that.

I pray we go first as well but not for quite a while. I want to enjoy this for a long time to come.

Oh gosh! That story would get to me too! How sad!

He died a few days ago, too.

You know, it doesn't matter how old your child is, you still worry. My daughter just moved out on her own and every time I see news stories or hear local sirens, there's a part of me that gets emotional and hoping she is ok where she is.

Just moved out, huh? Oy. Good luck with that one.