Whatever happened to common decency?

I'm not talking about big-deal issues like honest politicians and the like. I'm not asking for a miracle here. I mean the little things.

I was at a store the other day in the Express Lane for people purchasing 20 items or less. I can forgive a few items over, but the woman two ahead of me had at least three times that amount. She may have walked out with almost 20 bags. And I'm not BSing here. She knew she was wrong too because she kept looking at the people in line behind her with a sheepish look that basically said, "I know I'm wrong, but I'm doing it anyway." Another lane opened up and I jumped over to it. By the time I was through, she was still there scanning items in the Express Lane.

Then there is the guy in his car who needed to get around a big rig that had decided to make a staging area out of one lane of a two-lane road. He was stopped in the same lane as the guy trying to get around. Despite it being my turn to go and that my lane was clear so I was, by law, in the right, I let him go first. Did he do the polite thing and wave a little 'thank you'? No. One hand on the wheel, the other on his cell phone.

To the cyclist slowing down an entire lane of rush hour traffic this morning and afternoon, move! I realize you have a right to share the road with vehicular traffic but did you know that cops can ticket drivers who move too slowly thus impeding traffic? If you're gonna expect to be treated like a driver, you should be subject to everything we are. Oh and you have a bike path right next to you. Not a sidewalk but a full-on BIKE PATH! It was made for you using your tax dollars... so USE IT!

Or how about those people that steal items... from a library!?!? Libraries work hard to procure items that their patrons will want and use and, more often than not, do so with a very limited budget. Then some idiot with a complete disregard for their fellow library patron steals an item someone else wants.

Thankfully, not everyone is this inconsiderate. But the bad eggs always ruin it for the good ones. They're the ones that stand out, that you remember, that sear their image into your brain and you obsess over and write blog posts about. AHHHHHHH!!!!

Aug 7
Welcome to an exhaustively long edition of Snippet Wednesday, brought to you by Starbucks and my desire to ingest a little caffeine after a long day. Mine Have any of you ever played the game CastleMine on an iOS device?... 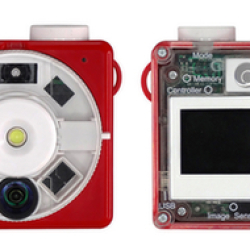 Aug 10
This weekend is Wizard World, the Midwest's premier comic con, in Chicago. Am I there? No. Why? Well, it's kinda expensive and I didn't really have much time to plan and Katie is still on the fence about going (even... 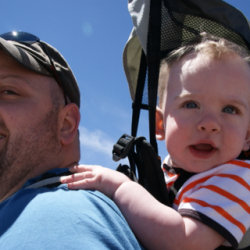 Where we live there are BARELY any bike lanes and I know bikers would use them if they existed, but for the time being they bike with other cars in traffic (which can be annoying) or on the sidewalk (which is annoying for pedestrians. I really wish they would create more bike lanes. It would make it easier on everyone.

It just kills me that they refuse to use them. Yet they are actually designated as "bike paths."

I get upset and bikers that don't use the bike lanes. They are all over in downtown SLC yet bikes seem to always use the road with the cars, slowing traffic down. When those rare times I bike, I always want to be as far away from the cars as possible and out of their way. Size matters.

I don't trust drivers enough I share the road with them. Especially not during rush hour. Terrifying.