Enjoy another titillating Snippet Wednesday. Yes, I said "titillating" and I stand by it!

Akimbo
I hearby declare that teenage and 20-something women are NEVER allowed to pose for photos with their hands up on their hips (akimbo) and their bodies turned slightly askew. NEVER AGAIN! If I see another Twitter or Facebook profile pic with a pose such as this, I will scream and then I will hunt the perpetrator and tear their arms off and beat them to within an inch of their lives! I see hundreds of these photos in a week as they come through keyword stream tracking in social media at work. C'mon! Do something original.

USB
Last week, I found a USB thumbdrive in a parking lot. I put it in a computer and discovered, by scanning the included documents, that it belonged to a grade school teacher. I got her name and even her school and called her. I had to leave a message with my phone number and whatnot, but I did it. This drive clearly had many years worth of teaching files on it. It's been a week and I haven't heard a word from her. You'd think she would be all over being able to reclaim the drive, but alas. I know if I lost my drive and someone found it, I'd be jumping-off-the-walls excited if someone called claiming to have found it. Weird.

Mix
For the last several years, it's been a holiday tradition to swap mix CDs of songs we're listening to with Katie's brothers, sister-in-law, and a couple of her cousins. We didn't do it last year because we were all really busy and never had much of a chance. But, this year, I'm planning early just in case we do decide to restart the tradition and I've already got a theme. I call it the "Pocket Protector Mix" and it contains songs that have geeky overtones to them be it a hint of science fiction or fantasy or superheroes or whatnot. I'd like it if all of you could help me think of more songs as I'd like to make this a two-disc set. Here's what I've got so far... 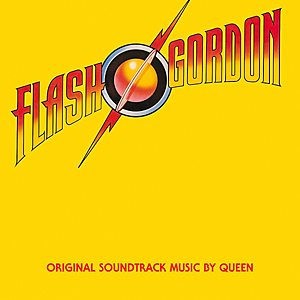 What am I missing?

HTML
While the need for pure HTML coding seems to, sadly, have gone the way of the dinosaur thanks to the prevalence of WYSIWYG editing software and build-a-site suites, I'll let you know that a knowledge of HTML can really help you when those packages screw something up. It happened to me today. Just knowing how to write HTML saved my butt in a big way and kept me from having to contact customer support for a third-party application I use at work. Yay for troglodyte methods!

Okay, perhaps I should reassess that whole “standing by this being titillating” thing. It wasn’t, was it? Be honest.

Aug 19
Remember back in the early days of VHS, we used to wait around for years... literally years... for some of our favorite movies to come out on those wonderful magnetic tapes that allowed us to play them back time after...

Does this mean 30-something women ARE allowed to take photos going gang-busters with akimbo?

Also, maybe the teacher hasn't yet started school or isn't at school everyday??

I'm hoping by 30 they've all grown out of that. As for the teacher, it's possible. It seemed like the school was pretty well staffed as the office had people so I assumed the teachers were there too. Perhaps not.

Your akimbo comment reminds me of how it's basically impossible for my friends and myself to take a "normal" picture. We have to act like 5-year olds. Every.Single.Time. It's so hard to take a nice posing picture. I agree, those akimbo pictures are ANNOYING. COME ON PEOPLE.

I guess you only want one song from each group, but The Battle of Evermore (Zeppelin) is a good one. Or Two Minutes To Midnight (Iron Maiden) is good.
I am so going to make sure I take a pic of myself standing akimbo. Hahaha

Please tell me you haven't done it. Please.

Yeah, one per band. Not familiar with the Maiden. What's the geeky reference in it?

They Might Be Giants have a lot of geeky songs! Particle Man is just one of them!

This site had a few good suggestions:
http://www.sparknotes.com/mindhut/2012/11/26/10-awesome-songs-about-being-a-geek

Weird Science could be cool.

For a good nerdy rap song... try Chemical Calisthenics by Blackalicious. I can send it to you if you'd like!

Heard of the group, never the song. Lemme hear it.

Not sure these really fit, but they are the two that came to mind:

I dot know the Bob Schneider track so I'll have to look it up but the other two definitely qualify. Thanks!

I hope the teacher calls back. I want to know the end result of this story, because I think it's awesome when something important is lost, someone is nice enough to want to return it.

As a long time DEVO fan, I would add "Secret Agent Man" to this mix. It's quite the geeky song.

I will let you know.

Is the Devo song a cover of the old Secret Agent Man song?

If you called the teachers school number they may not be in session yet so she might not be able to check her work number. Hang on to that drive for a while until her school starts back up again and maybe she will have recieved the message by then. I know Becca would never think to check her school voice mail unless she was back in school.

Being an elementary school, they only had one number for everyone and the operator put you trough to their extension. I assumed if the office staff was there, the teachers would be too. But not so according to several other comments.

Yep, it is a cover of the older song. I think the DEVO version is more familiar than the original.

That happens a lot. A recent episode of the Podquiz podcast had a whole segment that highlighted songs that were more popular as covers than the originals.