I was a bit floored by an article headline I saw crop up in my Google News page today. "Second young man disappears in southern Oregon after reading 'Into the Wild'". 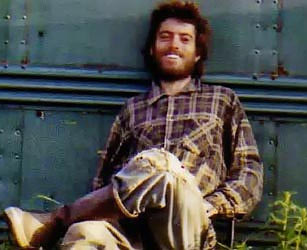 Into the Wild is a very short book by outdoorsman and author Jon Krakauer about the life of Christopher McCandless, a 1990 college graduate who, after deciding that he wanted nothing to do with the materialistic nature of his privileged D.C.-suburban life, gives away all his earthly goods including $24,000 and hits the road to experience the real America. Over the course of a couple years, he took part in adventure after adventure in several western states and Mexico relishing his ability to do so with a modicum of money and supplies.

In 1992, he partook of his dream adventure along the Stampede Trail in the Denali National Forest in Alaska. After more than 100 days, much of which was spent in an abandoned bus left as a place in which hunters and hikers could seek cover, he died of starvation. When his body was found in the bus by a hunter, he weighed 67 pounds. Krakauer theorizes that additional contributing factors to McCandless' death, aside from just starvation, included the ingestion of toxic seeds that he misidentified from the book of edible plants he had with him.

Oh, and it was adapted into a movie in 2007 by Director Sean Penn and starring Emile Hirsch as Chris.

While, admittedly, I loved the book and the idea of shrugging off the materialism of modern society and living the Alexander Supertramp lifestyle (the name that Chris assumed as part of the sloughing of his past life) does sound nice every once in a while, it's not as romantic as one might think. McCandless' life was endangered more often than not. He just happened to be lucky in many regards. Whereas a right turn might have killed him, he took a left. It did, however, catch up to him in the end.

But now, this romantic appeal has resulted in the death of two teenagers in unrelated incidents in the deep woods of Oregon.

Kids, if you're going to base your life on your romanticized perception of a person in a book, make sure you read the whole thing. And please bear in mind that the book is as short as it is because so little is truly known about that time in Chris' life. He kept a brief journal and there are a few eyewitness encounters to his travels, but not much else. Who knows what was really happening to him and going through his mind. No one but Chris.

A really good quote about Chris can be found on Google in a review of the Magic Bus location in Denali on Google Maps. 'Paulsdad Jones' says, "It's likely he was an unhappy, depressed and impressionable person who read the works of unhappy depressed writers and took their words too seriously. I expect he had a death wish that was ultimately fulfilled."

Sad, but true. What I'm saying, kids, is think before you act. Be smart. Don't be dead.

Aug 26
Katie and I were checking out the Sunday sales ads last night when I found something that pissed me off to no end that I just had to vent. Best Buy was advertising the season five DVD release of Sons...
Next Post

Aug 28
This is quite the odd mix of topics for Snippet Wednesday. Not that it's not usually an odd mix, just even odder, if that's even a word. Well, anyway. WTTW This weekend, Katie, Nathan, and I took part in a...

Sage advice. Although I admit to wishing I would have been as adventurous as William Miller in the movie "Almost Famous" That's a bit less dangerous of an experience than to go out into the wild.

The book was pretty good, but I tended to like the movie a bit better.

I was let down by the movie version as well. As for Almost Famous, that would've been cool but I always wanted to be a journalist in the time of grunge's inception.

Amen, my friend. Amen. I haven't read the book nor seen the movie mainly because it sounded so depressing.

The book tries to be factual in its representation of what he did simply because there is so little available and the author wanted to avoid speculation. You could basically read it in one sitting. The movie glamorizes Chris. Bad idea.