Even though I swore I was done with song lyrics as post titles, I admit a stronger-than-average desire to bust out some Kiss lyrics for this post. And very appropriate they would be...

I'm the king of the nighttime world!

But, upon reconsideration and taking into account the context in which Gene Simmons sang those words, they would be wholly inappropriate.

Getting the train back on the tracks, now.

Katie and I have noticed that we've begun assuming roles as "Nighttime Parent" and "Daytime Parent" in our raising of Nathan. She the latter and I the former.

What I mean is that, while we both are willing to and do take care of Nathan no matter what time we need to do it, we've found he responds better to Katie during the day and to me at night. If he has an accident or a freakout or whatnot during normal awake hours, he responds better to Katie when she tries to comfort him or reacts better when she tries to put him down for a midday nap. However, at night, I'm the one that tends to yield better reactions when putting him to bed or calming him when he wakes up in the middle of the night.

Sure, this can change at a moment's notice and we do still try to work our magic during the other person's prime caretime, as it were, but this is how it's been for several months now.

I know mostly about kids who react better, as a whole, to one parent or another. I've never really heard about a kiddo splitting time, if you catch my meaning. Is this a normal thing? I want to hear from the parents out there or readers who have had or heard of similar experiences. I don't want to Google this as the web is full of contradictory parenting information. I want to know from the people I trust... all of you.

Oct 23
'tis an overly cold, sinus stuffing, cough inducing, eye watering Wednesday. Shall we liven it up a bit with some Snippets? Okay, fine, be that way. I'm going to post some Snippets anyway, you curmudgeons! Healing Nathan's fever is mostly...
Next Post

Oct 29
Even if you and your significant watch almost all the same TV shows, there will always be differences. Those shows you watch that your significant other does not, much like not always listening to the same music all the time.... 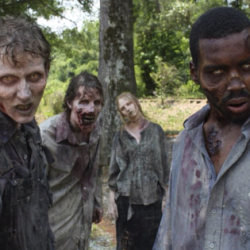 The Night and Day lyrics are more Joe Jackson than KISS... at least from this music fan.

My daughter was a night owl... still is at the age of 22. I think she took after her mother instead of her morning person father.

Night and Day is Joe Jackson but the King of the Nighttime World lyric I threw in the body, which I considered making the title, is full-on Kiss.