'tis an overly cold, sinus stuffing, cough inducing, eye watering Wednesday. Shall we liven it up a bit with some Snippets?


Okay, fine, be that way. I'm going to post some Snippets anyway, you curmudgeons!

Healing
Nathan's fever is mostly gone, but he's still not quite himself. He's thrown up a few times, isn't really eating much solid food, and is a bit whinier and clingier than normal. Katie is staying at home with him today and reports that he's a bit pale, but, hopefully that is simply because he threw up and is in recovery mode. We don't think it's anything worth bothering our pediatrician about yet. Maybe if it's not any better by tomorrow. Some well wishes for the little guy would be awesome if you all don't mind.

Parenting
Last night, I made a trip out to Walgreens to pick up some stuff we needed. My cashier was a kid with two lip studs, some barely veiled tattoos, and black-dyed swoop-like hair kinda like what you'd expect from members of Fall Out Boy back in the day. He looked at what I was buying and asked how new a dad I was. I answered and he said he's about to become one. In a couple weeks, he and his girlfriend would be having a son. I congratulated him but, in the back of my mind, I couldn't help thinking, "holy balls, you're young." He told me he was 21. Older than I expected, but I still can't imagine having a kid at that age. I know people do it all the time, but it just wouldn't have been right for me. This guy was seriously nice enough and cool enough to talk to and you could tell he was looking forward to being a dad, but the terror was just as barely veiled as his tattoos. I told him that becoming a dad was the best thing in the world and that he should enjoy every second. He seemed a bit reassured and thanked me. I did some good, I hope.

Womanizing
Would you like to see something beautiful? Oh, it's almost too gorgeous to gaze directly upon without some kind of eye shield. You still want to see it? Okay, don't say I didn't warn you... 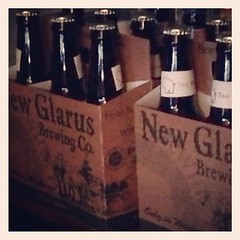 It's New Glarus' Two Women. I love this beer. It very quickly became one of my favorites when I tried a few that my dad had at his place after a trip to Wisconsin. The problem is that it's only available in Wisconsin. Sure, the Land o' Cheese is not that far north, but we just don't go there often. And, when we do, like we did in June, I completely forget to buy some. My MiL and FiL bought these two six packs for me on their own trip up there last week and I am eternally grateful. Maybe I should make it a standing order. Hmmmm... I'll pay delivery.

Teething
Maybe I just don't understand Bluetooth technology. Maybe one of you can help. When I use Bluetooth (BT) to connect from my iPhone to my car stereo, it can do some pretty cool things. It can transmit caller information from my phone to the stereo display when a call is coming through so I can see who's calling without picking up my phone. I can talk through the microphone built into my car to request that the Hyundai BT hostess place a call for me through my iPhone. And, when a call comes in, the BT technology can pause music from any of three sources (BT'd iPhone, aux-cabled iPod, or my CD player) and start it back up again when I disconnect the call. So why, oh why, can the song/artist/album data from music I play on my iPhone through BT not show up on the car stereo display as well? Am I missing something here?

Oh well, time to go. Have a great rest of your day.

Oct 22
I'm in line waiting for a book signing with Lincoln Peirce, the author of the Big Nate comic strip, and just thought I'd take a moment to post a quick funny I was sent today. Anybody who knows anything about... 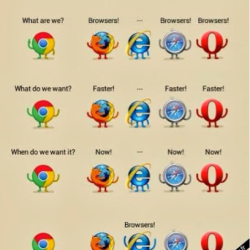 Oct 28
Even though I swore I was done with song lyrics as post titles, I admit a stronger-than-average desire to bust out some Kiss lyrics for this post. And very appropriate they would be... I'm the king of the nighttime world!...

I get the names of songs to show in my car. (Santa Fe). I went to the programs where you connect your phone to the Bluetooth ands it was in there

I thought I scoured that menu but now I'll have to try it again.

You know, I want to know the same thing so I can BT songs from my iPhone (haven't figured out how to play the songs, let alone get the artist/album/song to show up). It's already connected. Guess I'm going to have to google this one. Cause everything else you praise your car's BT abilities are the same praise I heap on my 2012 Nissan Sentra.

For music, I have my iPod nano 5th gen connected via USB, which is fine. But there's times when I want to go sans-USB cable from my iPhone.

Like Rachel, mine does show the track info. Prius.

BT playing of music works flawlessly so long as I don't want to see the data show up on screen. I love it.

Since Rachel and I both have Hyundais, I thought her idea might work. But I checked this morning and nada. I wonder if there is a firmware update?