Mistaking
I said I would be posting about vacation starting today because it corresponded to my first day of vacation, right? Turns out I was screwed up. Wednesday of two weeks ago was just a day Katie and I took off to get ready to leave really early on that Thursday.

So I'm sorry if I got your hopes up. Sure I wrote something in my Moleskine on this day but it was all about how Katie and I didn't feel ready to leave Nathan while we went on vacation without him and who really wants to read that, right? Moving on...

Shortening
The weekend before we left, we got Nathan his first haircut. In about 10 minutes of wailing and trying to escape from his seat, he went from looking like a Jim Halpert wannabe to a legitimate little boy. Even two weeks later, he still looks cute as the dickens in it. 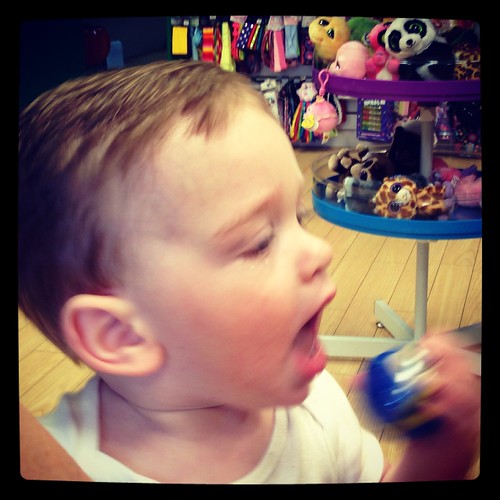 Growing
As an adult who now has to watch kids shows all the time, I find myself creating activities during the shows to make them a little more tolerable. One of my favorites is "Where Will They Be?" In it, I try to guess what kind of person the character in a show will be given 5, 10, 15, or more years of aging. Take the characters from one of Nathan's current favorite shows Sid the Science Kid... 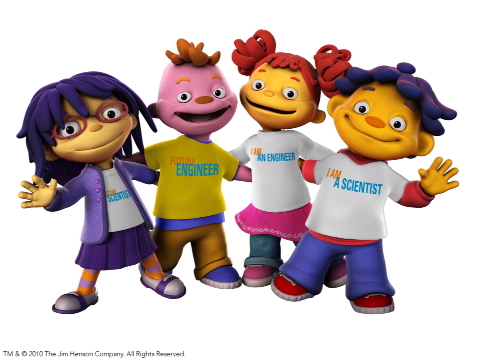 From left to right: Mae, Gerald, Gabriela, and Sid [image courtesy of scienceblogs.com]

If you've watched the show, you know what the characters are all about. And, to preface, I really enjoy the show. But I can't help the cynic I am.

Mae is going to grow up to be Janeane Garofalo, bitter and hateful because she's never taken seriously. Gerald will have serious developmental problems later in his youth and wind up a meth pusher. Gabriela is going to sleep with Sid the second she discovers her sexuality, become a pregnant teen mom but not by Sid, and drop out of school. Sid will be bullied as a kid and try too hard to fit in with everyone while never discovering who he truly is until much later in life.

Miniaturizing
About a year ago, I gave up on what was then my favorite iOS game, Tiny Tower. I'd spent about nine months trying to build the largest tower I could, maxing out the floor count and getting all the ideal employees/residents I could whilst solving all the challenges presented. Much to Katie's relief, I finished it. And I never picked up on any if the other Tiny games Nimblebit created. I just had no interest.

At the start of our vacation, though, I received an email from iTunes cluing me in to a new tower builder game Nimblebit did in conjunction with Disney called Tiny Death Star. Basically the same thing as Tiny Tower but set in an 8-bit Death Star using Star Wars characters and concepts and the like. I withstood the temptation for two weeks, but I've since folded and am now hooked.

I'll be building a Detention Level in a galaxy far, far away if you need me.

I can totally relate to having kids TV on in the house. At this point I pretty much know all the Disney Channel shows by heart. And some of them aren't actually too bad.

I stumbled across Tiny Death Star the other week when I saw it featured in the App Store. I haven't played it much but I kinda dig it so far.

But do you play "Where are they now?" with Disney characters? Play a Tiny Death Star more and you'll be hooked. I promise you that.