There are few things more controversial in the music industry than cover songs. Some people love 'em, some people hate 'em. Some bands do the songs justice, others butcher them, some come out with intriguing interpretations of the songs that make fans think.

Whatever your personal stance is on cover songs, I maintain that they have a very important place in the music industry for one big reason... they make you aware.

Aware that a song you may not have been familiar with exists.

Aware that a band is out there that you may just like if you give them a chance.

Aware that a whole genre of music exists that you've never heard.

My own musical tastes, for example, are heavily influenced by the existence of cover songs.

My early years of music listening revolved around what my parents listened to in the car or at home. When I did start to branch out and listen to my own music, it was the result of checking out bands that kids at the local junior high listened to. Bon Jovi, Europe, Run D.M.C., etc. From there, I discovered a bunch of stuff based on covers.

One of Run D.M.C.'s earliest crossover hits was their cover (or "duet," if you prefer) of Aerosmith's "Walk This Way." A brilliant song, no doubt. But it also made me look into who this Aerosmith band was. This led to me finding other 70s and 80s rock bands and performers.

From this, I latched onto Van Halen. Listening to early VH work included catching covers of music by The Kinks ("You Really Got Me" and "Where Have All the Good Times Gone"), Roy Orbison ("Oh, Pretty Woman"), and Martha and the Vendellas ("Dancing in the Street"), among others. Van Halen fandom really opened my eyes to a lot of other bands.

As my love of rock got deeper and heavier and I became a fan of speed metal bands like Anthrax, I invariably discovered the politically charged rap of Public Enemy through (what else?) the collaboration of the two bands on a cover of the latter's "Bring Tha Noize."

Right around that same time, I was introduced to The Red Hot Chili Peppers via their breakthrough hit "Higher Ground" that I later found out was a cover of a Stevie Wonder classic. I quickly became an avowed Stevie Wonder fan, a love that lasts to this day.

So, sure, you might not like it when a band covers a song by another band. It may seem cheap or rehashed or a cop-out from having to write a new song of your own. But cover songs really do play an important role in the legacy of music, whether you like it or not.

Think about your favorite music. Was your love inspired in any way by covers? Please share!

Mar 10
Most everybody got last week's Macro Monday challenge. The challenge... It was the sip lid from a disposable coffee cup... Sorry Marty, but it was, indeed, a Starbucks cup. I wonder if the cups vary regionally. Here is this week's...
Next Post 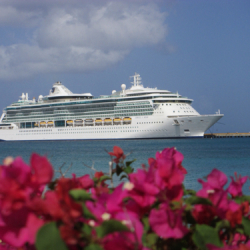 Speaking of cover versions , did you happen to see that tweet from Pitchfork today about CHVRCHES covering Lorde's Team? So very very good.

Not that Lorde needs any more exposure but I will definitely have to check that one out. Thanks!

I love covers but I believe their place is in a concert setting, not on albums. Albums should be a bands collaboration of their own music and ideas. If a band wants to have fun on stage and throw in some covers played in their own style I'm all for it and while I completely understand your point of view, it's just not one I agree with. What's funny is that I used to be on your side of it maybe three or four years ago but for whatever reason my opinions have changed.

I wonder why the change? Somebody release an album with too many covers?

I have a place for cover songs in my love of music that goes to so many different levels. The oddest is DEVO's cover of the NIN classic "Head Like A Hole" Although Paul Anka's "Rock Swings" album really throws a wrench into the term "odd covers"

I like that you mentioned Van Halen, as they did many covers over the years. Which I liked them all.

Speaking of VH, Sammy Hagar recently did a cover of Depeche Mode's "Personal Jesus" with Neal Schon on guitar. It's a different take on the song, but one that I liked. Very bluesy.

One of the more intense covers that I embraced early on was the Adam Ant song "Physical" covered by NIN. It cemented my love of NIN that they could take a basic song like that and make something awesome out of it.

This is where I saw the video:
http://www.blabbermouth.net/news/sammy-hagar-personal-jesus-video-released/