I find it funny that I had nothing for a Snippet Wednesday yesterday until, of course, I wrote a regular, single-topic post. Then the ideas came flowing. Go fig, eh?

To make up for it, and to not lose out on those ideas, I present you with Snippet Thursday: The Reckoning!

Covering
I checked out a trade volume of Wonder Woman from the library and have been reading it over the last couple weeks. The writing is done by mystery novelist Jodi Picoult and I think that's why I was interested. Not that I've read her stuff... at all... but I am intrigued by novelists-turned-comic-writers. And, it would seem, the USA Today thinks she's great as well. Just check out this cover quote from them... 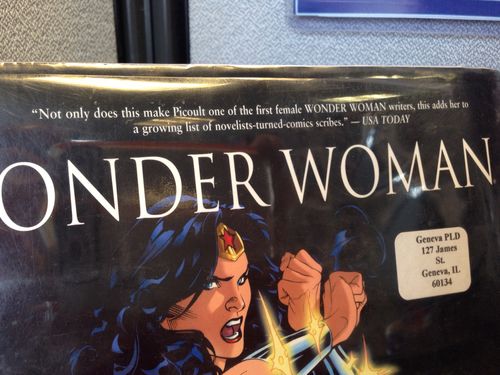 "Not only does this make Picoult one of the first female WONDER WOMAN writers, this adds her to a growing list of novelists-turned-comics scribes." Seriously? That's a review? Pitiful. All they did was point out two facts about her writing it. Did they even read the book?

Winning
At least I think I won. This is the message I received after "winning" a game of Backgammon on my iPhone... 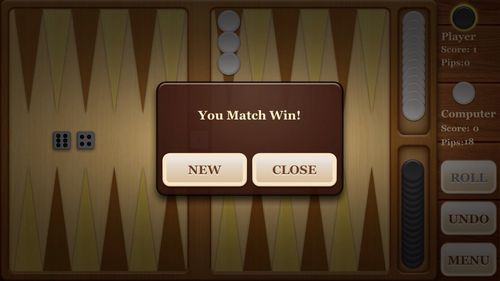 Playing
The Chicago Blackhawks kick off their 2014 playoff campaign tonight against the St. Louis Blues. All I can say is GO HAWKS!!

Drawing
If you follow me on Twitter or Facebook or Instagram or Tumblr, then you've seen this already and I apologize if it's overkill. But I drew this today and I really like it and would like to expand upon it but need to come up with a name. I've had two suggestions so far, "Grizzelda" from my friend Eric and "Brienne of Tarth" from my friend Kevin. The first name isn't particularly what I'm looking for (sorry, Eric) and the second is very highly copyrighted by George R.R. Martin from his A Song of Ice and Fire novels and I'd prefer to not be sued. So, yes, I'm still in need of a name. 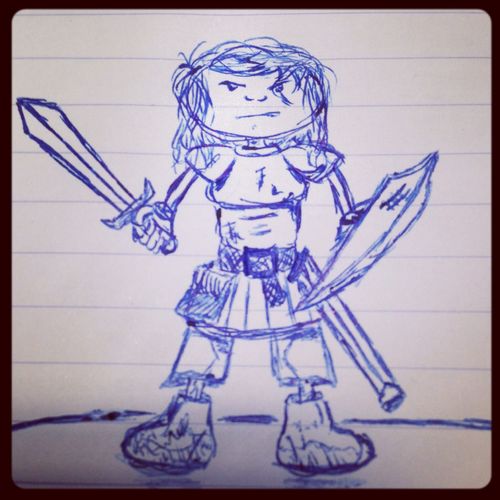 In case you're wondering, she is inspired by the character of Arya Stark from Martin's novels mentioned in the paragraph above and by the artwork of comic artist Scottie Young, specifically a #dailysketch he did today.

And, with that, I bid thee adieu.

Apr 16
This is not a post about Game of Thrones. You're thinking "Arya," with a -y- in the mix. Project Ara is a Google endeavor that was recently announced in which consumers can configure a smartphone with all kinds of different...
Next Post

Apr 18
Back when I was a Cub Scout and Webelo attending summer camp, we would regularly get together and sing those dreaded campfire songs. They were horrible. Cheesy. Dare I say campy (pun fully intended). Thankfully, I've forgotten most of them....

Sad to say I have never played a game of backgammon in my life. I don't even know the rules.

I never had, either, until a couple months ago. Downloaded an iOS app and forced myself to learn. Pretty easy. But mastering strategy is always the worst part.

I really like this drawing. Great work and look forward to expanded drawings on this unnamed character.

I still don't know what to call her.