How about a few quick Snippets this fine Wednesday?

Aging
Did you know that, much like cars and Beanie Babies, diapers have model years? I found this out the other day when I tried to swap an unopened box of diapers at Sam's Club for the same brand in a larger size. They said that the box I was attempting to return were only worth $0.99 because they were "last year's diapers." Never mind that they were in the exact same box as the ones they were selling. I don't get it. Stupid. 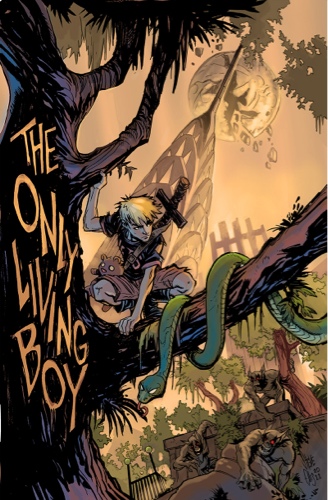 Last year, I read a really great comic book called The Only Living Boy about a kid who wakes up in a post-apocalyptic NYC to discover that he's the only remaining human in a city full of magical creatures fighting for survival. Over the course of a year, though, only two issues of the comic were released. I kinda gave up on it because I have no patience for that much lag time between issues. Turns out creators David Gallaher and Steve Ellis made it an online serial. If you like fantasy comics, check it out. You can even subscribe with your RSS aggregator so you never miss a frame. Read it now.

Closing
About A Boy has been a decent enough show for a later-than-mid-season replacement on NBC. But then we watched the season one finale from last week. Total. Game. Changer. It was so full of heart and emotion and great acting and... I officially cannot wait for season two this fall.

Burying
Have any of you ever shopped at Half Price Books? Don't get me wrong, I love used books and used book stores, but this one depresses me. It's like a book cemetery. Where good reading goes to die.

Insulting
There's nothing like having a customer call up at work and yell at you claiming that you are "lazy" and "worthless." To top it all off, it was because I was telling him how to handle a problem that he was having proactively and on his own. Apparently, me not doing all the work for him makes me the "lazy" and "worthless" one. Asshat.

May 20
A couple weeks ago, I read an article in the print version of the Chicago Tribune (I know, I know... so retro) about a band from Elmhurst, a couple cities east of here, called The Orwells and how they may...
Next Post

May 25
Me thinks the only things missing from this hallway of the hotel we're staying at in North Macon, GA, tonight are a little boy on a Big Wheel and twin girls at the other end. Terrifying, right? 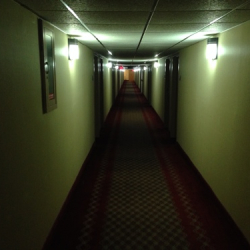 Diapers with expirations dates? That's a very odd thing. Had no idea. Although I guess a used diaper could be considered "expired" LOL

I deal with asshats all day long. Somehow, they never seem to remember that a reboot is needed every once in a while and they never remember that I've told them a good 20-30 times the previous times they've called with a similar issue.