After the downer that was yesterday's post, how about something a little lighter? Lightly Snippety, in fact.

Showtuning
Over the weekend, Katie and I watched Saving Mr. Banks about the supposed struggles undergone by Walt Disney to obtain the rights to and make the film version of P.L. Travers' book Mary Poppins. While I realize that there is a lot of historical inaccuracy to the film, it was still a fun film to watch and I loved the job that Colin Farrell did playing Travers' father.

Podcasting
About a decade ago, I started listening to podcasts for the first time. It was a cool way to learn about news and sports and trivia and whatnot in brief little capsules. I listened to nearly a dozen of them regularly. But that number quickly waned and I continued to listen to only one of them -- Podquiz -- for the next several years.

Early this year, I began listening to Marty's Banal Leakage podcast and enjoyed it so much that I started to look up a bunch more and have been listening pretty religiously to podcasts like The Nerdist with Chris Hardwick, StarTalk Radio with Neil Degrasse Tyson, Blackhawks Insider from the Chicago Blackhawks front office, and Rotten Tomatoes (please note that these links will take you to the iTunes store). I really have been enjoying listening to them both when I go for lunchtime walks and sometimes during my work commute.

Any suggestions for other cool podcasts? You've all been reading here long enough to know where my interests lie.

Busting
Katie said that this could wind up being my Father's Day gift. EPIC WIN!

Of course, this is dependent upon availability. Those CUUSOO sets sell like hotcakes.

Redeeming
In Nathan's rather expansive bookcase of children's books is an old Disney Snow White and the Seven Dwarves book. One of those hardcovers like the Dr. Seuss books. 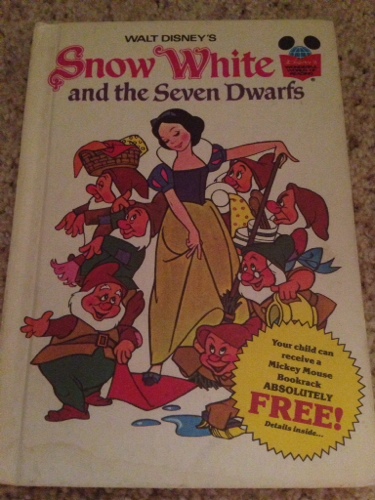 Inside the book is something like 14 of those mail-in redemption cards to sign up for a Disney book-of-the-month club that includes a free plastic book rack.

Looking carefully at the cards, there is no expiration date. None at all. 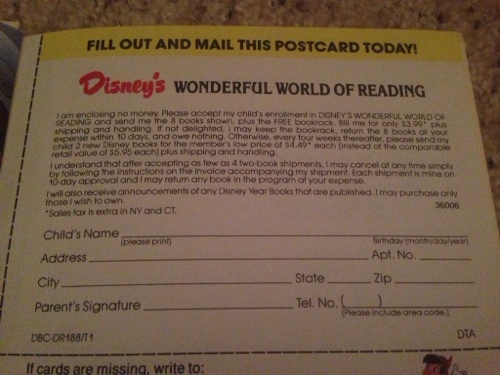 Part of me wants to send one in and see what happens. Should I?

I'd be curious what they'd do if you sent it in. They're probably not going to have the book rack any more but who knows what they'll send as an alternative. I'd pen your address in as the return address so if it doesn't exist anymore the post office will send it back :)

I'm back after a quick Google search:
They do still have a book club http://enrollments.earlymoments.com/disney-4for99-responsive.aspx
But maybe a few book clubs out there license their info...?

I think I should.

Although this one may be more expensive, it comes with ebook copies!

Curious if you sent in that card if they still honored it. That older book reminds me of many of my older books I still have that my mom saved.

The Ghostbusters LEGO set looks awesome. Hope your Father's Day will be bricked ;-)

Much thanks for the props on the podcast. And so cool that it inspired you to go out and listen to more podcasts. The 5 main ones I listen to are: Adam Carolla, Smodcast (Kevin Smith), MacBreak Weekly, Penn's Sunday School (Penn Jillette of Penn & Teller fame) and Bret Easton Ellis (he wrote American Psycho and Less Than Zero, amongst other books)

I will be adding StarTalk here soon. I've watched a few of the videos on YouTube and loved them.

I know what the rest do but what is Ellis' podcast about?

He starts out with some diatribe that's on his mind for the first 10 mins then jumps right into his interviews with celebrities like Fred Armison, Gus Van Sant, Judd Apatow, Kanye West.

I think I get enough interviews with Nerdist 3x weekly.

The Willy Wonka soundtrack has been in my collection for years. If I'm at the house alone I'll sometimes sing along, especially to "I Want it Now!"