Welcome to a bricky good edition of Snippet Wednesday! As in LEGO bricky good!

Ideaizing
One of the coolest things to happen to the almighty LEGO brick in the last few years was the development of LEGO Ideas (formerly known as LEGO Cuusoo). It's a fan-build site where people upload photos and descriptions of custom sets they've built and allow people to vote and comment on the sets. Once a set hits, I believe, 10,000 votes, they are taken into consideration, alterations made, etc., and then, hopefully, released as an actual LEGO set. So far, four sets have been released and there should be many more as the years go by. LEGO Ideas is a great way to get people excited about the brick and developing their own ideas. It costs nothing to join the site and post your own ideas, so why not do it?

Busting
One of my favorite sets to come out of LEGO Ideas is one that was just released within the last week or so... the Ghostbusters ECTO-1 Hearse with minifigs of all four official Ghostbusters (sorry, Louis Tully). It is just awesome and perfectly timed both as a tribute to the staying power of one of the greatest movies after 30 years and as a memorial to the late great Harold Ramis who now has a minifig of himself. I want this set like nobody's business. It is just all kinds of cool.

Landing
A couple months ago, Katie and I were shopping at a local child's clothing and toy resale shop in Geneva and I found a bunch of LEGO sets. One set was the LEGO Lunar Lander (set 10029). The box was beat up and taped and the tag said there were no astronaut minifigs, but they were only charging $8 for it (originally priced about $40 or so). I bought it. Even without the astronauts, it's still cool. 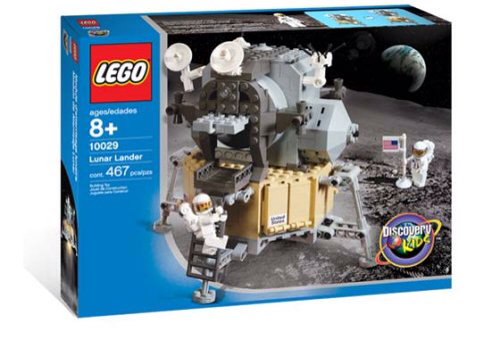 I broke it open shortly after picking it up so I could break the set down to individual pieces and wash them. Hey, who knows where those bricks have been? Much to my surprise, inside the LEM were both of the astronauts. Yay! Also, much to my surprise, it's been two or three months and I still haven't built it. What is wrong with me? This thing would be a beautiful desk display at work.

Researching
On the topic of cool sets and LEGO Ideas and space and science and all that is what has got to be one of the coolest ideas from LEGO in a long time. Whereas, up to this point, most LEGO female minifigures have been pretty plain characters, LEGO Ideas will soon be releasing the LEGO Research Institute set featuring three female minifigures as scientists - an astronomer, a chemist, and a paleontologist - all with their appropriate accoutrements - a telescope, a lab setting, and a T-rex skeleton. 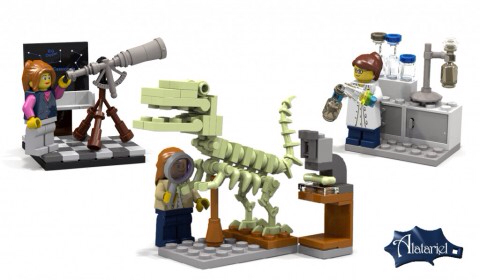 How amazingly cool is this? I hope that LEGO can continue the trend with more empowered female characters.

Familyizing
But, even cooler still is us as minifigs! 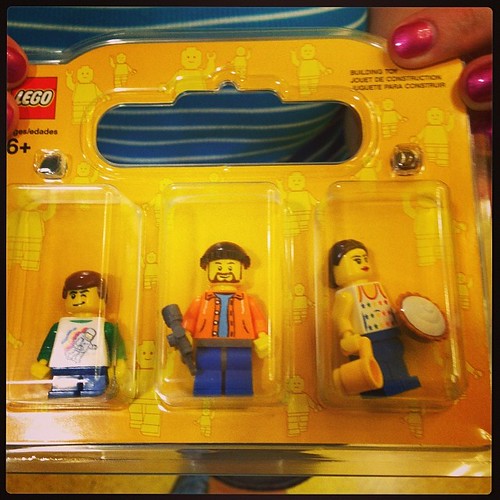 Yes, Katie and I cobbled together a three-figure set of LEGO minifigs, one for each of us, when we were at the LEGO Store in Downtown Disney a couple weeks ago. Nathan likes them! He's played with them. I know he's technically too young, but he grabbed them off the counter one day and seated them in a toy car of his and was playing. We were, of course, watching like hawks to make sure he didn't put them in his mouth and he didn't. They're now hidden and he has thankfully forgotten about them. Phew! But the cute thing was that, at one point, he handed Katie and I our respective figures and held onto his. He knew they were us, it would seem.

Enough bricky goodness. Have a great rest of your day!

I see my procrastination in building LEGO sets has rubbed off on you. I'm sorry. I'm trying to get back into a regular mode of building.

Nice score on that LEGO set.

I am SO looking forward to putting together my Ghostbusters ECTO-1 this weekend!

You got it? Cool!