Hi, I'm Kappy, and I'm a blogger. Got these ideas here in my head. I'm writin' and postin' and makin' friends. Some say I'm best in the midwest [ed. note: there is no validity to this claim]. Singin' yippie-ai-yo-kai-yay. It's Kapgar's Snippet Wednesday! Yippie-ai-yo-kai-yay. Saddle up and take it in. Learn what it means to be unhinged on Snip-pet Wednes-day!!!!

(with apologies to the creators of Sheriff Callie's Wild West)

Reviewed
Is it inappropriate to review a book you only got halfway through? Sure you don't know exactly how it ends, but wouldn't it behoove someone (potentially) to know how you felt and why you didn't finish it? I'm opting to cease reading it not because I'm lazy or anything like that. The book has legitimately lost my interest and to the full fault of the author. So, yes? No?

Napped
Would it be inappropriate to attend a yoga class solely to take part in savasana for a whole hour to catch up on sleep I may be lacking? Oh how good that would feel. It might wind up the best $8 I'll ever spend.

Those are wise words.

Kickstarted
I actually supported my first Kickstarter this morning. It's for the publication of a children's alphabet board book based on the art of H.P. Lovecraft to be called C is for Cthulhu. Hey, if my son is going to learn the alphabet, why not have it happen with the help of Cthulhu? (P.S. he's much cuddlier in this book than in Lovecraft's vision.) Sure, I only donated $15. But we spend that much on a single book for him at Barnes & Noble now so why not redirect it to help out a book that may not otherwise see the light of day because the publishing industry sucks? 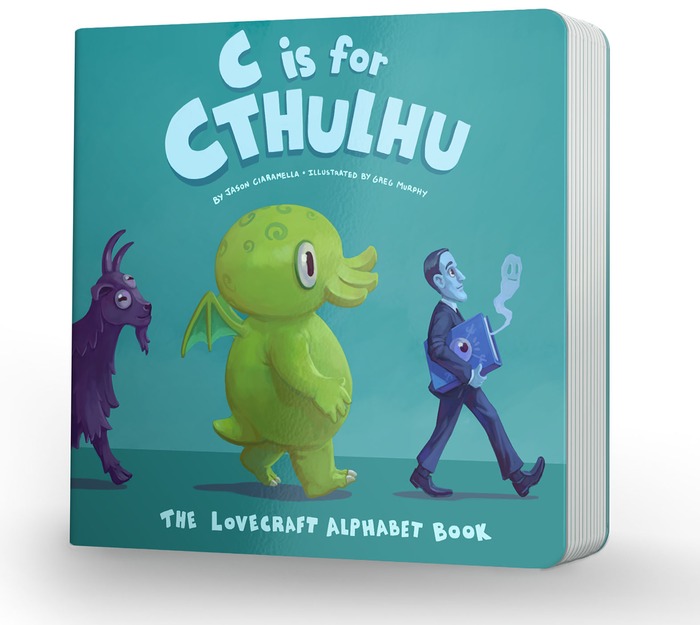 Blocked
Have any of you parents out there ever seen Big Block SingSong on Disney Junior? It's one of those little few-minutes-long interstitial videos they show between episodes of other shows on the channel. Basically, it's singing bricks but they're quirky and clever as all get out. I liken it to Flight of the Conchords for the toddler set. I particularly like the Owl video below. Nathan loves it. This and the Nina Needs to Go and Small Potatoes video shorts. He cannot get enough.

Have a good evening, Cowpokes.

I'd sure like to know if there is a book I shouldn't waste my hard-earned money on. Also, @SciencePorn is awesome!

If you got through a book halfway and got bored with it, then that speaks volumes. So yup, I think you should review it.

Yoga instructors have actually told me that they've had yogis come in and falls asleep the whole class through. They just leave you be. :)

I'll call that a vote in favor of writing it up.

Two in favor of writing it.

In the past, I've told yogis next to me to just elbow me if I start snoring. Better to be prepared.

Well, you know there is a duct tape product called Duck Tape. Also, why is it affecting that person's life that much? Geez, the vitriol!

They put the duck on their label for dumb people.

Love that SciencePorn tweet. The duct vs. duck tape name gets a lot of attention from the grammar police. The brand of Duck Tape that Samuel mentioned means they simply made it easier for people to associate the tape with a common name pronunciation. As you said, dumb people getting helped out here.

Very dumb. But it's smart of them to do it. Cash in on the mistake.