Welcome to Late Night with Snippet Wednesday! I am your host, Jimmy Apgar (it seems like all night-time talk show hosts are named Jimmy these days, so why not), and let's get right to it, shall we?

Ultraviolencing
I can't believe that when I try to write something sincere or thought provoking online, it gets zero (or at least near-zero) response from the audience. However, today I write asking...

And I get a half dozen responses on Twitter and 11 comments and 28 likes on Facebook. You people are sick. SICK!

Memorializing
I've railed about bumper stickers before but there is a strange trend lately with vehicle stickers that, much to my chagrin, is taking firmer hold. Have you seen the "In Memoriam" stickers in car windows? A person's full name, birth and death dates, some "I'll miss you" message, and potentially something like angel wings or other decorative element? It's very strange. I'm not a fan to the point where I would ever put something similar on my own car, but I can't decide if I actually dislike it. Any opinions?

Driving
I totally understand the need for laws against distracted driving that comes from the use of cell phones. I do. Really. But I sometimes wonder if lawmakers have thought through it all. For example, I saw a guy earlier today driving and there was a dog in the driver's seat with him pushing himself up into his face. Is this against the law? I somehow doubt it. But it should be. How can an animal walking on you while driving not result in distracted driving?

Figuring
Recently, some moms realized that there is a decided lack of good female action figures for little girls. They came up with an idea, designed some toys, began a Kickstarter, obtained 465% of their goal amount in a mere two weeks, and, by this Christmas, their line of IAmElemental figures will be available for purchase.

They are way cool and I want some of them even though I'm neither a girl nor father to a little girl. Here are a couple of my favorites. 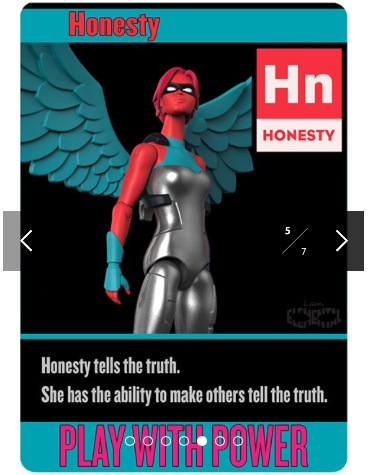 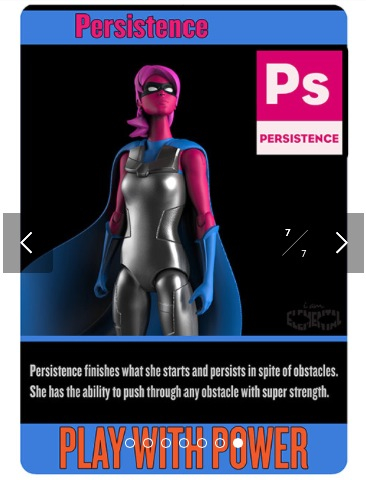 Jul 1
And the 2014 Goals continue! Here is my June recap and the final month of the first half of the year. Woah. Where did the time go? 1. The Reading Goal: Read George R.R. Martin's A Song of Ice and...
Next Post

Jul 4
Happy birthday, 'Merica! Long live the 50 stars and 13 stripes. Unless Silicon Valley-ites have their way and make us 55 stars. Grrr...

I once saw a friend driving with his inner thighs as he was using both hands to eat a cup of ramen noodles.

And yes, memoriam things on the car are just as creepy as the stick figure family, which my cousin has on his truck. Ugh.

Your cousin has in Memoriam stickers, stick fam, or both?

On second thought it's not a stick family, he has the names of his kids on his back window. I know, I know.

My brothers were talking about getting stickers for their card to honor my dad's brother, who passed, and loved cars as well. I didn't think it was odd. But I would also never put a sticker on my car. ;)

There are so many stupid things people do in their car. I am not sure we could ever make laws against them all!

Those dolls are cool! Their little logos remind me of the old Adobe CS ones. LOL

I like that last quote in your column. It is so true!!

They are rather Adobe-ish, aren't they? They're supposed to be like their own periodic table elements and they're emblazoned on shields which double as bracelet charms for girls.

It's a trademarked quote from the website. Pretty cool.