Marty is making a liar of me. Yesterday, he called me "speed demon" regarding my blog posting rate of late. I told him it was because I was forgoing Snippet Wednesdays in favor of individual posts for topics so that I could get myself back up above a 50% posting rate this month (to that point, I'd only posted four times in 19 days). So what am I doing today? Posting a Snippet Wednesday. It wasn't supposed to be. But it has become one. Oy.

Editable
Another way in which Marty has made me out to be a liar happened within the last couple of weeks. He recently asked me about reports that I may be doing more video editing projects at work. I was pretty excited a few months ago to learn that this would be happening, but the opportunities dwindled of late. The regular video work that we were supposed to be doing has been backburnered.

Until late last week, that is. I was asked to go all Ken Burns on some photos from a recent event and I've been teaching myself how to do that in Adobe Premiere. Given the short turnaround window, I haven't had much chance to learn it well but I'm trying. And it's done! I wish I could share the finished result but it's very work oriented and I cannot do that. Lots of permissions involved and whatnot. But I like how it turned out.

Audible
You remember my Audible poll a few weeks ago? It has now closed and I did use the results to guide my purchasing. The audiobook with the most votes was Joe Schreiber's Star Wars: Maul so I nabbed it with one of my credits. However, Kevin Spencer suggested an unlisted title that, the more I read the synopsis and listener reviews, the more I liked the sound of it, so I used my final free credit on it. That was Patrick Rothfuss' The Name of the Wind. After I finish A Dance With Dragons, I will tackle Maul and then Wind.

App-able
Yesterday, three of my photos on Flickr were liked (Loved? It is a heart, after all.) by a user called "Project Weather." Interesting. So I looked into it and discovered that it was a Yahoo property. As a big fan of the Yahoo Weather app, I looked into the account and discovered they had been making an album of photos of Chicagoland at various seasons. I'm not sure how familiar you are with the Yahoo Weather app, but the welcome screen tries to pick a photo taken by Flickr users that is local to you based on GPS location. Here's a sample screen... 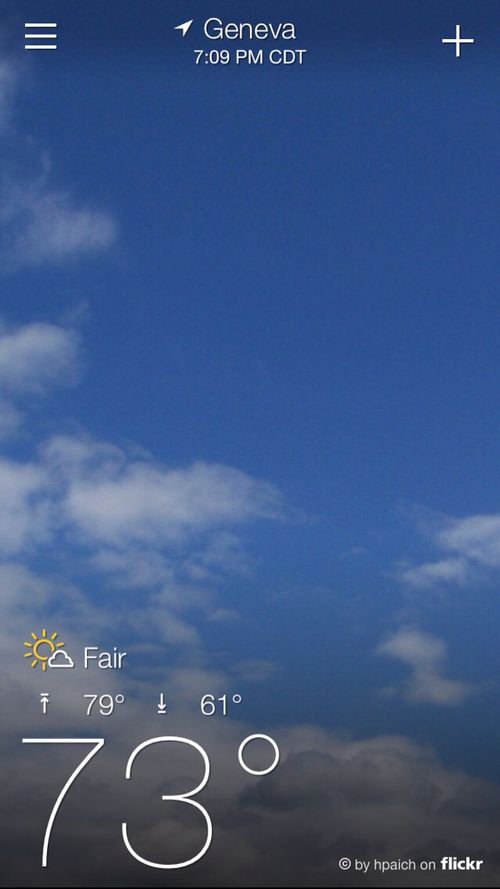 I decided to friend them. They, in turn, invited me to join the Project Weather group and submit the three photos they liked. So it's entirely possible that we might see some of my photos in the app or on their desktop weather site. If you're in the Naperville area, keep an eye out this winter. Send me a screen cap if you see one of them. My username is kapgar.

BTW, here are the three photos they zeroed in on... 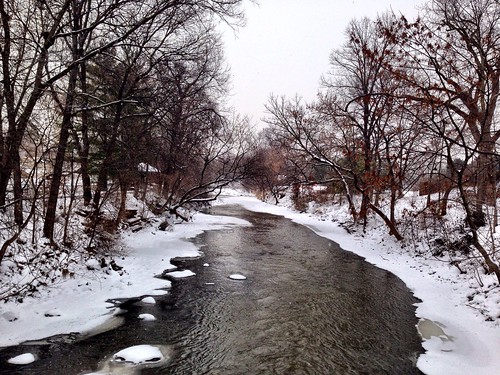 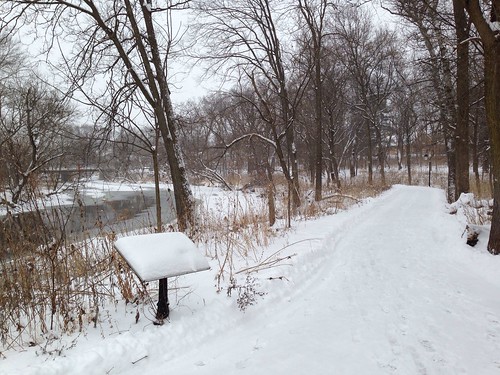 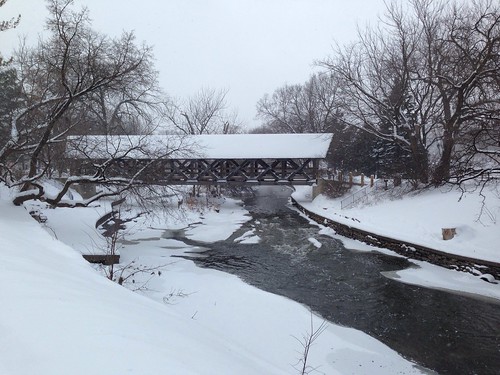 Watchable
For anyone wondering, I have still not seen Guardians of the Galaxy. But I've also not seen Captain America: The Winter Soldier and it took many months for me to see The Dark Knight Rises and a little more than a year to see Star Trek Into Darkness.

I did see Godzilla in theaters, though. Does that earn me back some geek cred points?

I bid thee a fond farewell from this non-non-Snippet Wednesday.

Aug 26
I got a letter in the mail last week letting me know that my Sirius/XM radio was being reactivated for two weeks for free starting today and running through Monday, August 8. That's pretty cool. Free is always good. After...
Next Post

Aug 28
Today, I got really frustrated with Facebook. I was pissed that they would keep pushing Message notifications thru on the app when I can't use said app to view them. As you may or may not know, Facebook branched off...

The movie thing gets worse before it gets better...soon you will see movies in theaters again but they will only be Disney and other animated fare...

Kev, that's great! (About the photos) I use that app
And I always thought it was so awesome that they
Used flickr pictures!

The Rothfuss is in my pile of "to read" stuff now. We'll have to discuss it after we are both done.
I haven't been to a movie in the theater in years.

When are you planning to start reading it?

It's a beautiful app, isn't it? Have you tried Yahoo News Digest? Similarly fantastic. And thanks on the congrats.

I approve of the Snippet Wednesday post. Just because it's something I see on your blog once a week anyway. And I'm working on post 9 of 14 here. I will reach 14 posts by the end of Sunday. I've rather enjoyed this challenge. Kicking me back into regular posting.

I've not seen Guardians of the Galaxy yet, but plan to on Sunday with my wife. I've also never seen The Dark Knight Rises (I do want to, just haven't yet). I hope we both don't get a geek card taken away from us.

Great choice of photos. Yahoo does do weather right and elegant. Even though the built in Weather app on the iPhone uses Yahoo weather as a source, I still prefer the Yahoo Weather app over anything else. The only want is to have an option to login to my Yahoo account so I can sync my Weather locations (instead of having to add them on both the iPhone app and on the Yahoo Weather desktop site.

It has been a fun challenge. I've got myself plotted out into the middle of next week so I can keep it going. We shall see.

As for the video part above, that's a bummer the video work got put to the back burner. Hope it will pick up again here soon.

I'd like to keep it going into September. It's pushing me to blog more, plus I have no shortage of topics and drafts that I want to get into blog posts.

It's weird because I think I've hit my blogging wall in terms of topics and then everything immediately kicks in again. It's amazing how much our little challenge has motivated me to think up new things. As for video work, I doubt it will be a regular thing. It would be nice, just not likely.

I really really hope you like the Rothfuss book. I loved both books in the series and cannot wait for the third and final book.

I just wish I knew when the third will be coming out. That one I linked you to is being dubbed Day 2.5.

As for video work, I doubt it will be a regular thing. It would be nice, just not likely.