When you were a kid, did you anthropomorphise your toys?

I did in a serious way. My toys had personalities and behavior quirks and, for better and worse, emotions. I could never get rid of toys because it would hurt their feelings. I was fiercely loyal to my toys. When they fell apart or broke, they endured pain until I fixed them. If I made them better, they felt pride and greater commitment to me. If I couldn't fix them or, God forbid, I lost a toy, I became depressed.

Yes, the Toy Story movies struck a deeply personal chord with me.

To some degree, this ability to anthropomorphise inanimate objects carries over to this day. Just more as a joke now than as a coping mechanism.

For example, this morning, I may or may not have dug a shirt out of the darkest recesses of my closet to wear for the first time in many months and, while I did that, I pretended it celebrated saying, "OHMIGOD OHMIGOD OHMIGOD!!! I've been chosen! The Claw has chosen!" 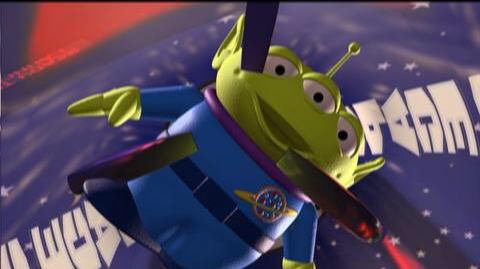 Nov 5
Wow! It is such a fantastic time to be a fan of Cleveland sports! The Indians make the postseason by winning a one-game playoff against the dreaded New York Yankees and, due to their inspired play and sudden surge in...
Next Post

Nov 7
Funny how things get all coincidental on you, isn't it? Yesterday, I post about how sentimental I get over the Toy Story movies because of my childhood of anthropomorphising my toys. That same day, Disney announces the name of the...

Sounds more like a mental issue to me!! I never knew we raised such a sick puppy!! Sweet, but sick!

are we related? my older siblings were not permitted to hit me so they would hit my favorite stuffed animals. i swear that hurt worse.

I used to chop off my dolls' hairs. Then I found out it doesn't grow back. What a bummer. They needed a new look. The long hair was just getting boring. I did it because I CARED.

I swear I'm not the only girl who has done this to her dolls.

That's brutal. I'm just happy I was the older sib. But I never would have done that to toys. Better to beat up my little brother.

I knew plenty of girls growing up who had dolls with chopped hair. Creepy.

I love those aliens!

I loved my toys and embraced them on many levels. LEGOs, Hot Wheels and Matchbox cars were ones I cherished. I often painted scenarios where I built cities I lived in and drove around. I had Matchbox and Hot Wheels that never left the house and ones that I carried with me places. And then a set that were allowed to play outside and in the dirt. So I get the whole anthropomorphise idea.

So the cars were like the ones in Cars with voices and all?

Yes, to some degree. The trucks had deeper voices (as best as I could do for an 8 year old)