Oh, this is a good day, indeed! The new Foo Fighters album Sonic Highways is officially out. Although I have it loaded on my iPhone, I've only had an opportunity to listen to the first couple tracks. I'll give it a proper listen (or four) tomorrow.

However, while waiting for this album to come be released, I went back and rediscovered an album from quite a while back that I hadn't heard in many years. 1992's self-titled debut by Cracker.

I know I listened to this album back around the end of high school/early college era and, while I never owned it then, I do now and it's fantastic.

While many people are likely familiar with the lead-off track "Teen Angst (What the World Needs Now)," you really need to give a shot to lesser-knowns such as "Happy Birthday," "Can I Take My Gun to Heaven," and "Another Song About the Rain." 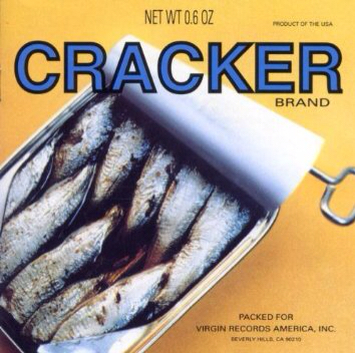 This album really was a good way to help usher in the alternative music era. And at a mere $5.99 on iTunes... go now, thank me later.

Nov 10
As it turns out, the color altering I thought would keep last week's Macro Monday from being too easy made it entirely too difficult. No one got it. Understandably, I suppose. There were some uniquely cool guesses, though. This... Was...
Next Post

Nov 12
Nathan does not like to have either Katie or I on the other side of a closed door to which he is not meant to have access. So he has no qualms about entering a closed-off room if it means...

I still have not listened to any of their new songs from their new album. Shame on me I know!

You're killing me, Smalls! (See what I did there?)

My three favorites from this album are (not in this order): Teen Angst, I See The Light and Another Song About The Rain. Cracker is one of my all time favorite bands. Have seen them live a good 6-7 times. The combo live show where they do Cracker and Camper Van Beethoven is pretty cool. David Lowery and Johnny Hickman are pretty cool to chat with as well.

They have a new album called "Berkeley to Bakersfield" which comes out Dec 9th.

I had no idea the two bands had a shared vocalist. Been a long time since I've listened to the ol' Camper Van.